This piece of shit is an “educator”.

A University of Toronto professor mocked Americans on the 20th anniversary of 9/11 for remembering thousands of victims who died during the Sept. 11, 2001, terrorist attacks. The prominent Canadian academic called the day of remembrance a “dumb little annual pity party” in a since-deleted tweet.
……Author, professor, and evolutionary behavioral scientist Gad Saad screenshotted the tweet before Weisberg could delete it from Twitter.

……”As soon as I made this guy’s vile tweet about 9/11 visible on my platform, he protected his tweets. Academia is filled with innumerable such folks,” Saad commented after Weisberg has since made his account private.

He was destroyed on social media: 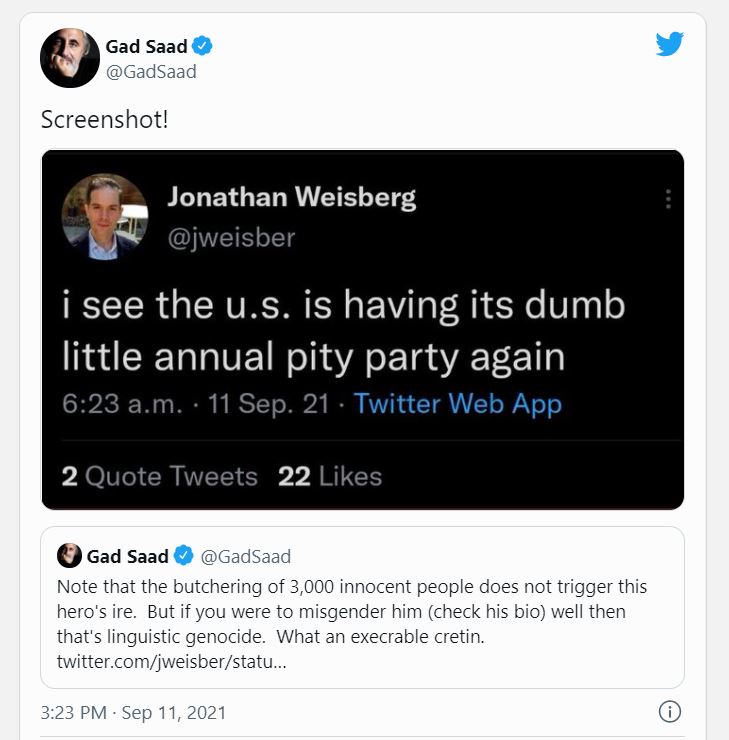 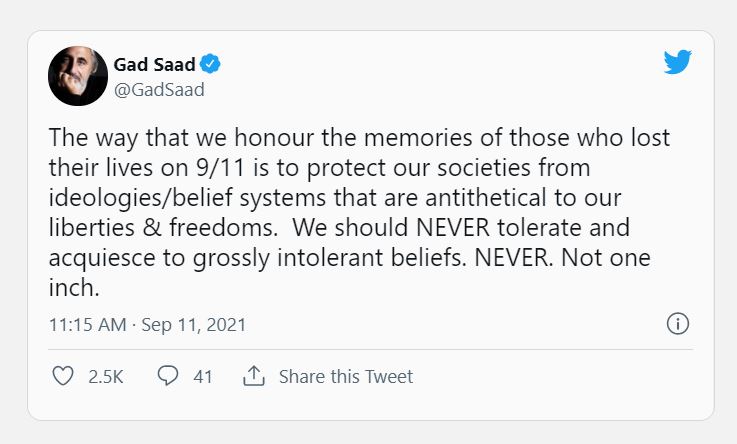 After the backlash, the little pussy offered a too little too late apology: 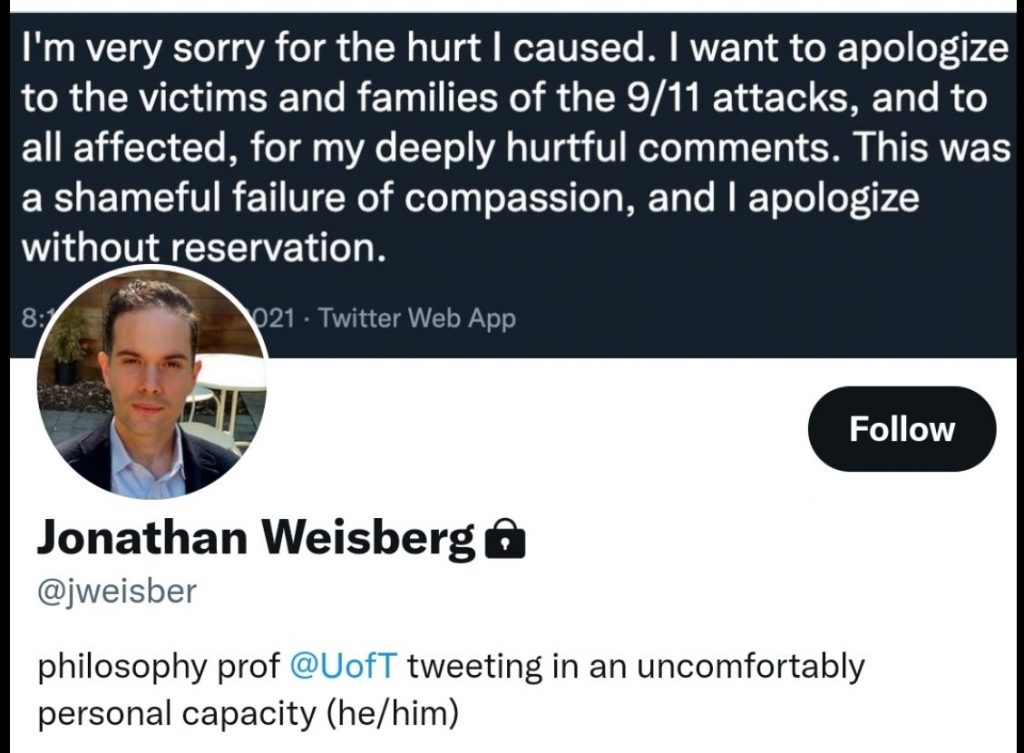 I would love to have the power to trade 2,997 imbeciles like Weisberg for the innocent people slaughtered by muzzie terrorists on 9/11.