Taylor Lorenz is a leftie crybully who doxxed Chaya Raichik, the woman who created Libs of Tik Tok.

The Washington Post and star contributor Taylor Lorenz doxxed a conservative Twitter user’s home address online.  Then they later deleted it and lied about it in an attempt to save face.

It didn’t matter.  The damage was done. The elites accomplished what they set out to do.  Out a conservative Orthodox Jew, dox her home address, then pretend they didn’t just do that.

This is why Americans detest the fake news machine.

Marina Medvin breaks down the WaPo’s shitty excuses for their despicable behavior. 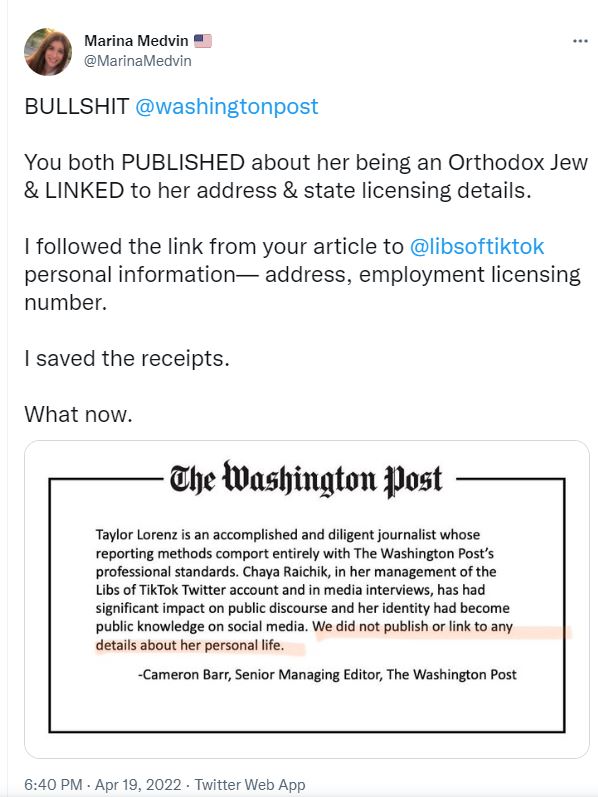 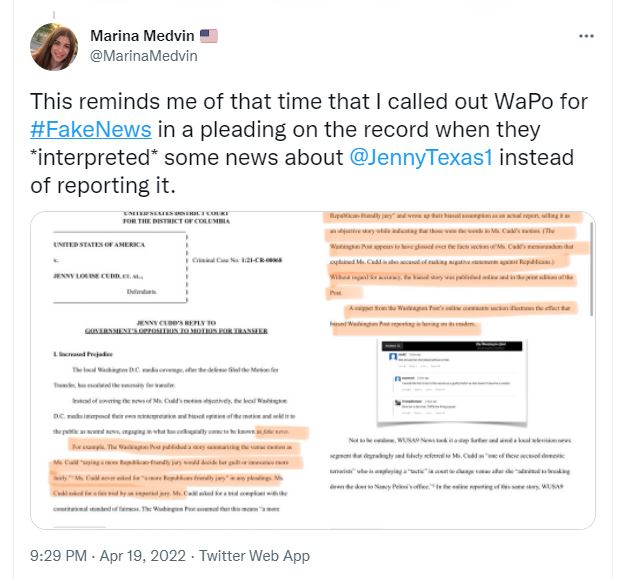 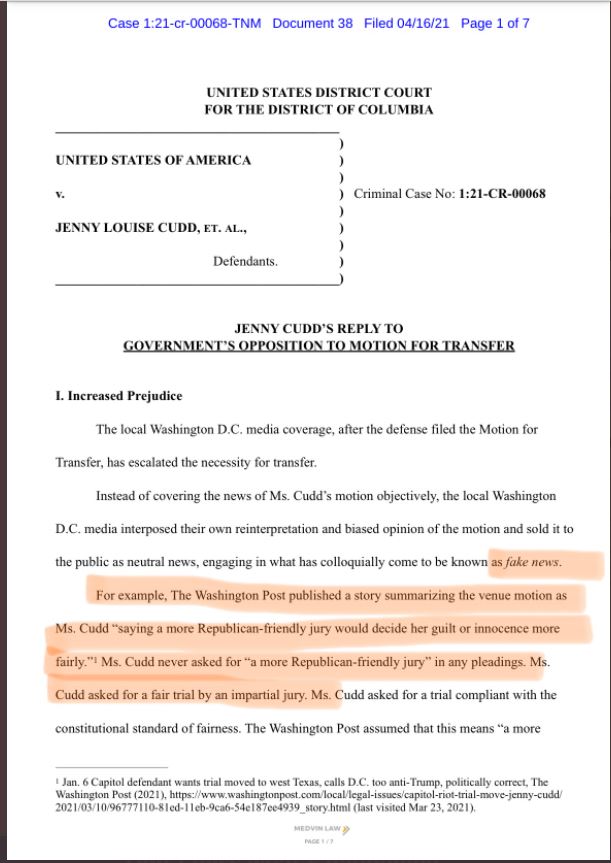 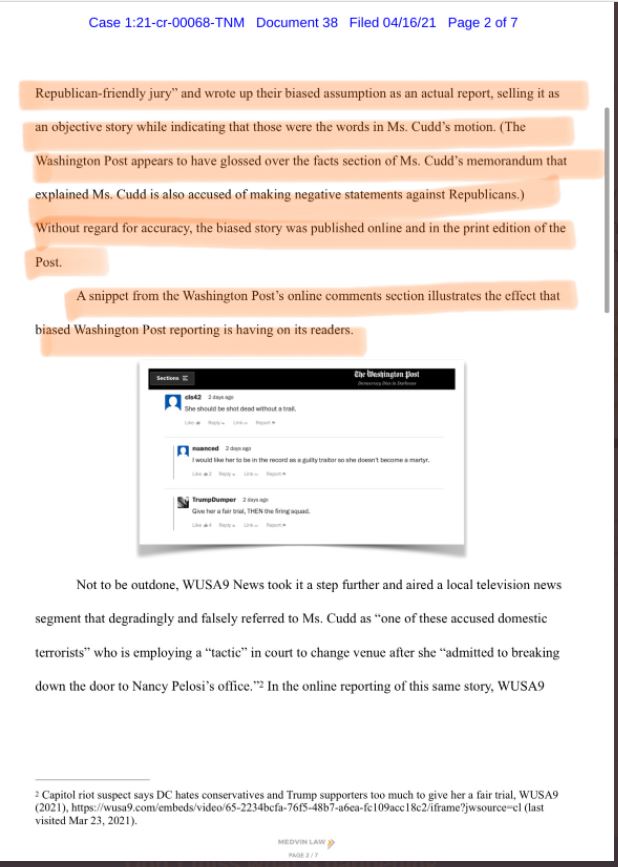 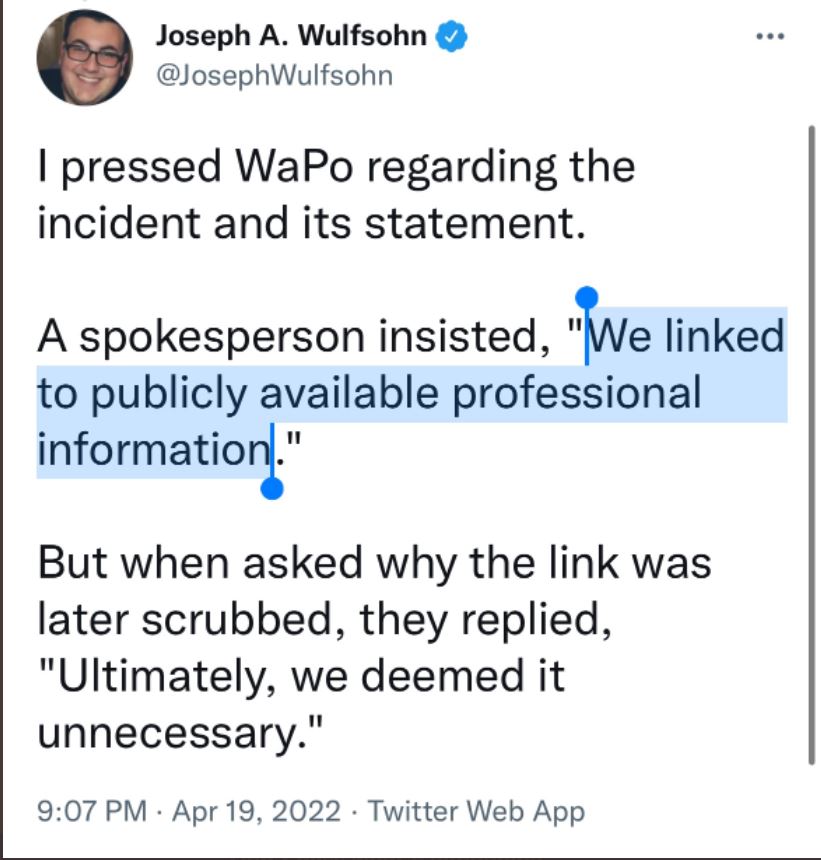 Leftwing nutbags hate having the mirror held up to their own faces. They retaliate enmasse to brow beat conservatives and really meltdown when it doesn’t work.