Hate, anger, desperation and violence are all the liberals have.

Police are investigating a democratic socialist’s threat to commit a mass shooting at a Make America Great Again event and bring back “bloodstained hats.”

The threat was posted on Tuesday as a reply to The Gateway Pundit author Cassandra Fairbanks’ tweet advertising a pro-Trump event. 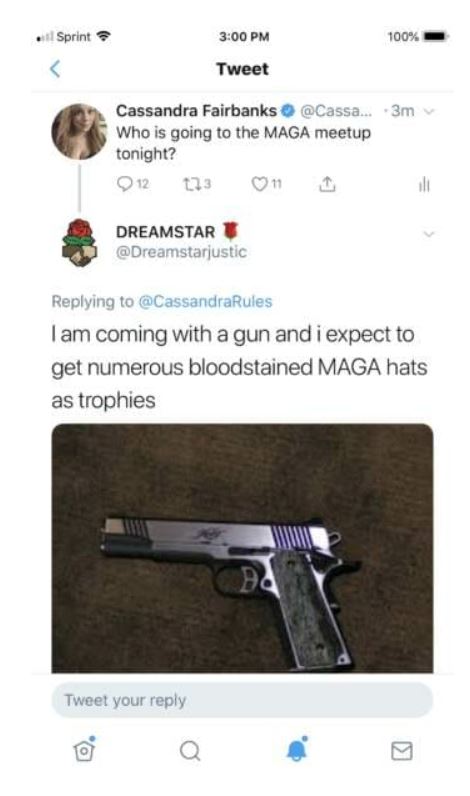 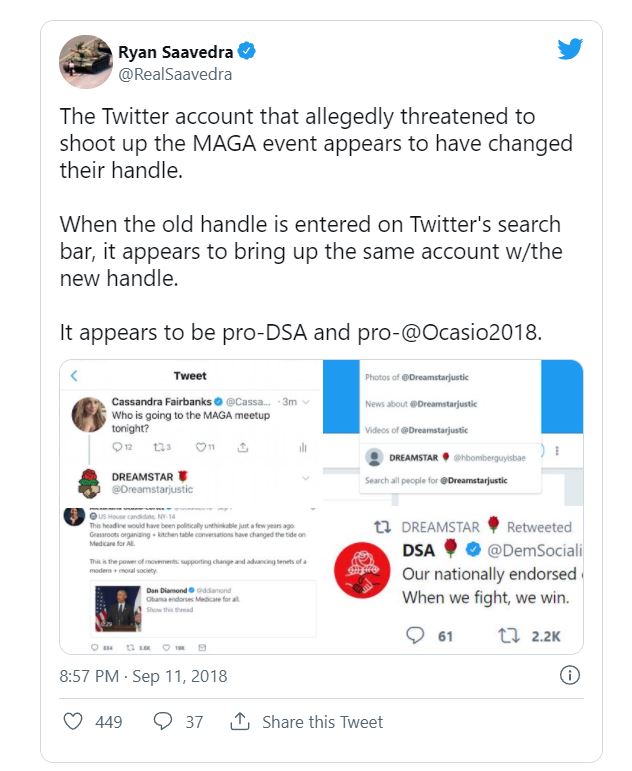 The unhinged Twitter user promised to “get numerous bloodstained hats as trophies,” according to the Daily Mail.

The threat was taken very seriously by the police and the staff at the hotel where the event was planned. Thankfully, they kept the event safe.

Metropolitan Police Department vehicles were seen outside the event on Tuesday evening, and the MPD is still investigating the threat made on Twitter. No further details were given by the police at the time, the Daily Mail reported.

Twitter users have done some investigating of their own and found that the potential shooter was a supporter of the Democratic Socialists of America, a far-left political party.

Democratic socialism is also an ideology that has been supported and popularized by the left-wing senator from Vermont, Bernie Sanders.

Although some people claim that the picture that accompanied the threat came directly from a pistol grips and carvings website, this is not the first time that a left-wing radical made violent plans.

……Violence from the left could be spurred by the rhetoric of top Democrat politicians.

The threats and violence by the Left is a result of the incitement and rhetoric by the biggest  hate group in America .

Time to fight back by any means necessary.