This fucking monster should be sent to hell as painfully as possible.

Indiana State Police announced Monday the arrest of Richard Allen in connection to the killings of two teenage girls nearly six years after the best friends were found dead on a hiking trail.

The lifeless bodies of Liberty “Libby” German, 14, and Abigail “Abby” Williams, 13, were found Feb. 14, 2017, one day after German’s sister dropped the two friends off at the entrance to a hiking trail in Delphi – a city northwest of Indianapolis.

“Today is not a day to celebrate,” said State Police Superintendent Doug Carter at a press conference at Delphi Methodist Church. “The time will come when additional details can be released but today is not that time.”

Allen, 50, was taken into custody Friday and booked in the Carroll County Jail on two counts of murder, he said.

Allen worked at a local CVS, and his home was searched last week, with investigators focusing on a fire pit, according to FOX 59.

He pleaded not guilty at his initial hearing and was not granted bond, Carroll County Prosecutor Nicholas McLeland said at the press conference.

German’s sister, Kelsi German, wrote in a tweet Monday, “We got him.”

Officials offered few new details, and the arrest affidavit and charging documents, which are usually public in criminal cases, were sealed by the court.

“We haven’t closed the door on the investigation,” McLeland said. “We’re not presuming anything at this point.” 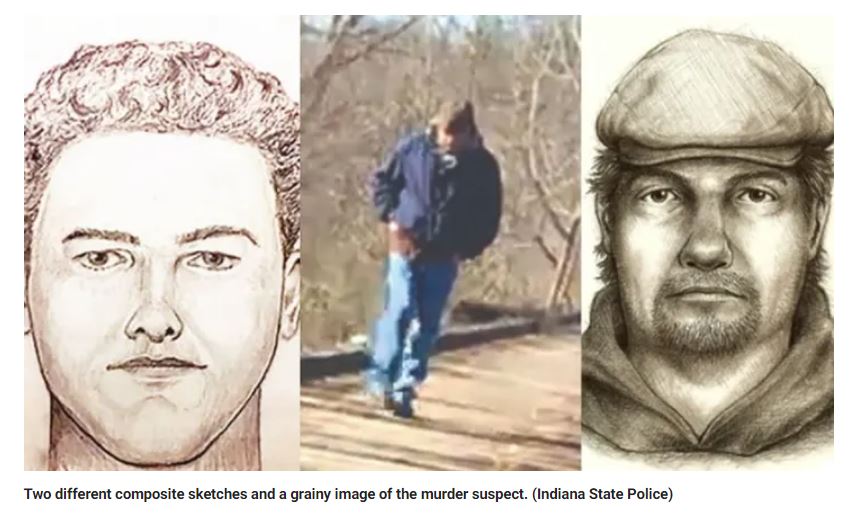 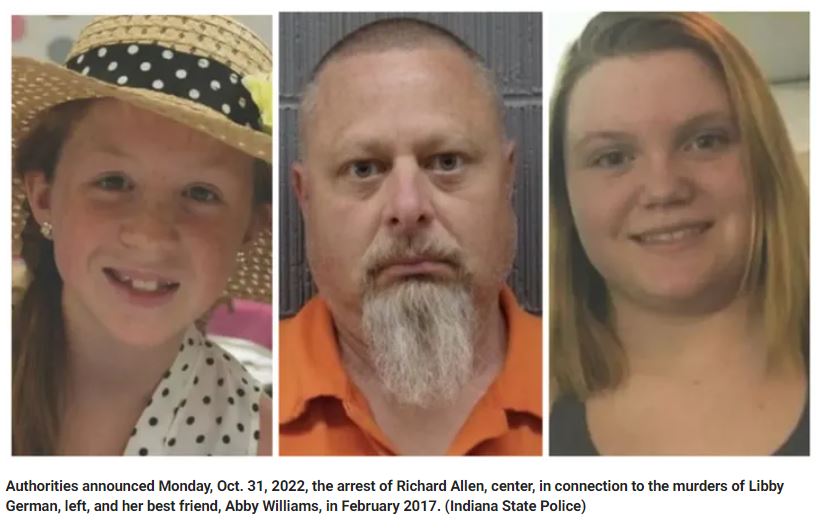 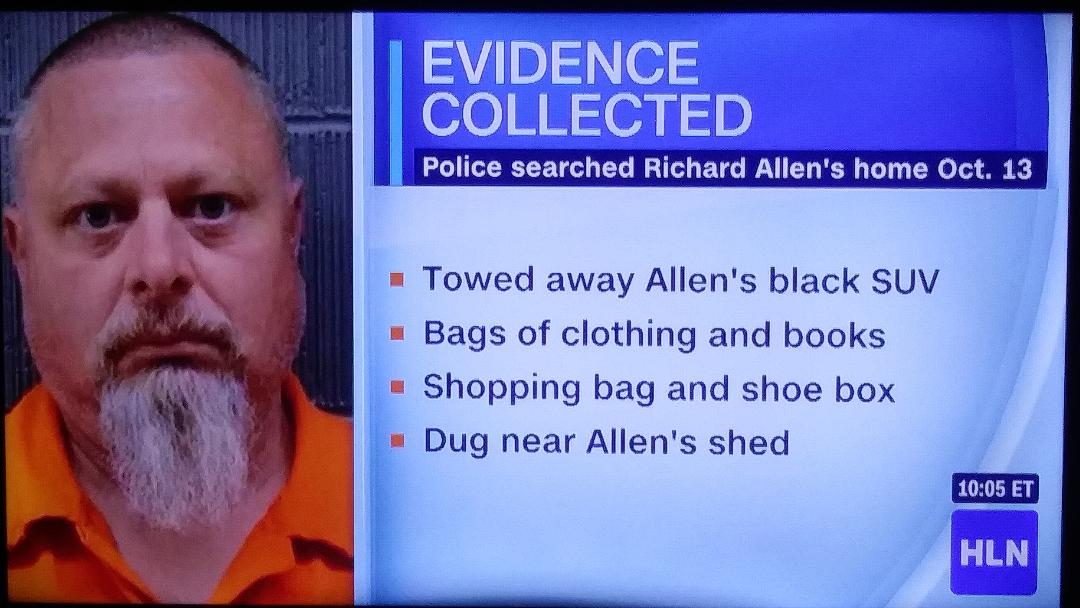 Richard Allen is a pharmacy tech and married father who is accused in the high-profile murders of two girls, Abigail Williams and Liberty German, who were killed in 2017 near Delphi, Indiana, after going for a walk on a bridge.

Allen, who is also known as Ricky Allen and Rick Allen, is 50 years old and lives in Delphi, about five minutes from the murder scene. His full name is Richard Matthew Allen.

Superintendent of Indiana State Police Doug Carter confirmed in a news conference on Monday, October 31, 2022, that Richard M. Allen was arrested on two counts of murder in the notorious case. Carroll County Prosecutor Nicholas McLeland revealed that Allen has been charged with the slayings of Williams, also known as Abby, and German, also called Libby, and called him a “local guy.” He said the charging document has been sealed.

Allen, who was not on the radar as a suspect in the case publicly before his arrest, has already appeared at an initial hearing and entered a not guilty plea. He will be tried in March 2023.

……In 2018, Allen’s wife posted a photo of their daughter on the same bridge. You can see it below. Allen lives on Whiteman Drive in Delphi, Indiana, in a 3-bedroom, 2-bath home, according to property records.

In addition, he was photographed in December 2021 in a Delphi bar with his wife sitting in front of what appears to be a police sketch of the Delphi killer. 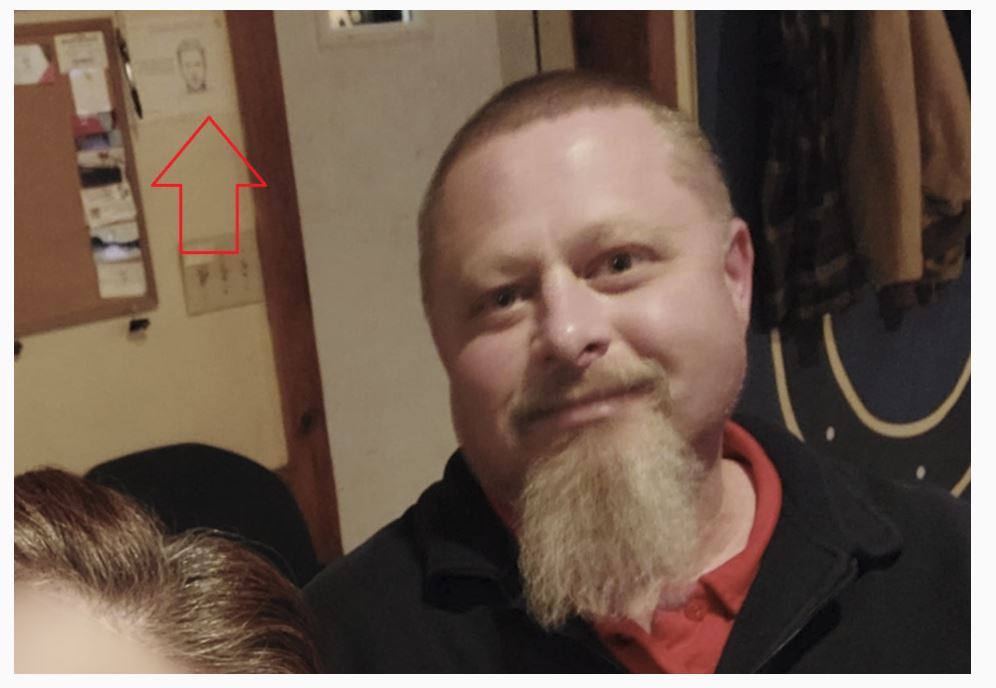 ……Williams, 13, and German, 14, had gone for a walk on an old railroad bridge along Monon High Bridge trail near Delphi on February 13, 2017, when they were murdered, according to police. Authorities previously released a short video and audio of a man the girls encountered on the trail.

Allen lives five minutes from the bridge. Online records indicate he’s lived at the Delphi address since about 2006.

……According to his wife’s Facebook page, which is now deleted, Richard Allen is married. His wife, Kathy Allen, posted a video on Facebook in 2016 that shows Ricky Allen sitting in a car.

……He worked at CVS, according to people who live in Delphi and have posted the information online because they’ve seen him at the store. There are screenshots in which a relative of German appears to confirm that he served them when they went to the CVS to get photographs printed for the girls’ funerals, and he gave the photos to the family for free.

“Richard used to work at the Peru CVS. I would guess he was management there for a year or more. I’ve spoken with him multiple times in the Peru store,” a woman wrote on a true crime page devoted to the case on Facebook, referring to Peru, Indiana. She wrote that he “seemed nice and helpful, there was a small bad vibe inside.”

Once he’s convicted and sentenced, put that animal in genpop.  They’ll take care of his ass in short order.