This asshole who works for the same media that helped push the disastrous draconian lockdowns, wants an ‘amnesty’. 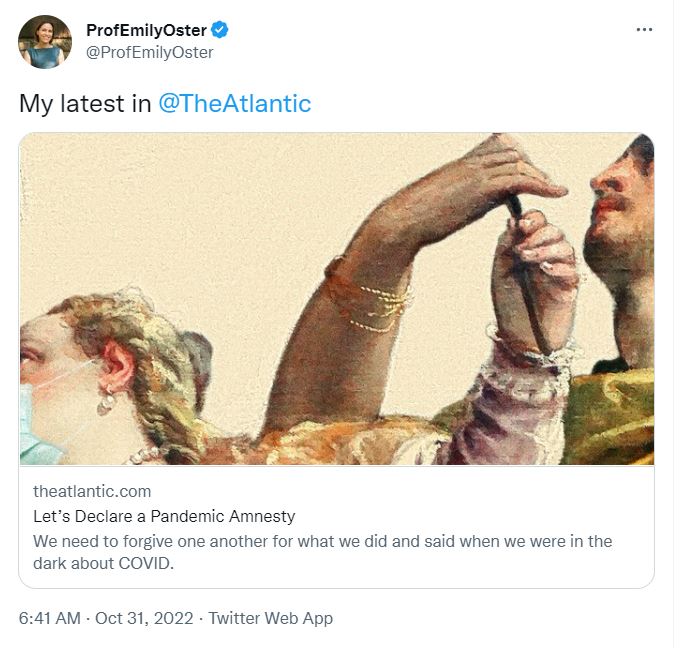 Her ‘let bygones be bygones’ shit was not well received.

This video is in response to the @TheAtlantic article about “pandemic amnesty” and it’s a much watch. This man is so right on. pic.twitter.com/ZuuA9tIloD 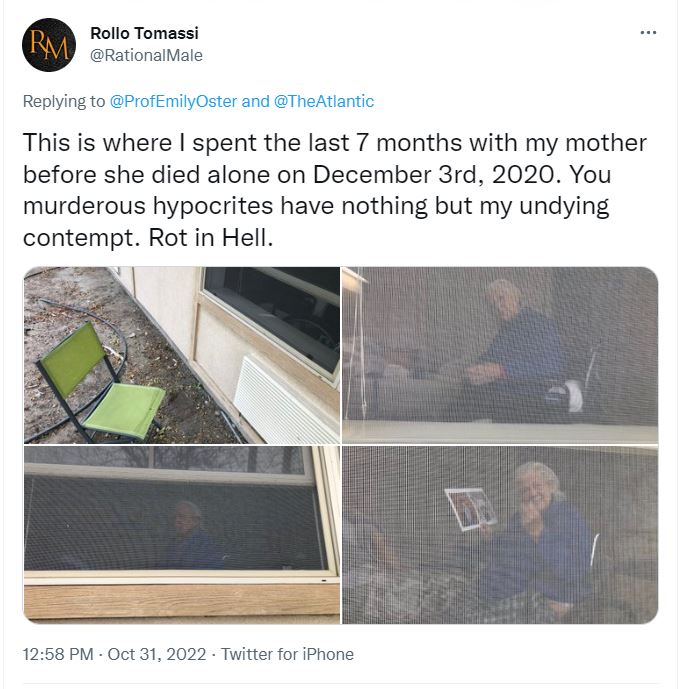 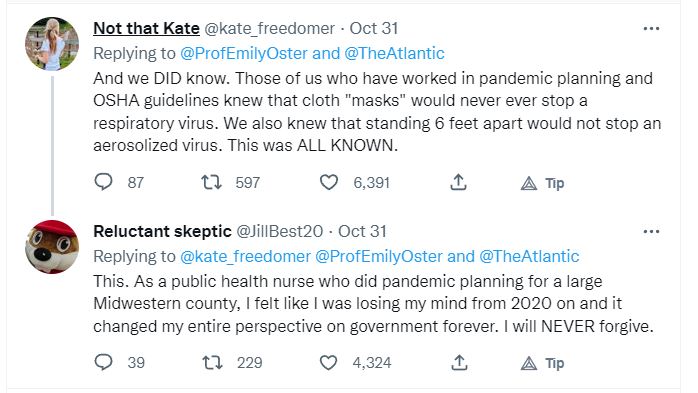 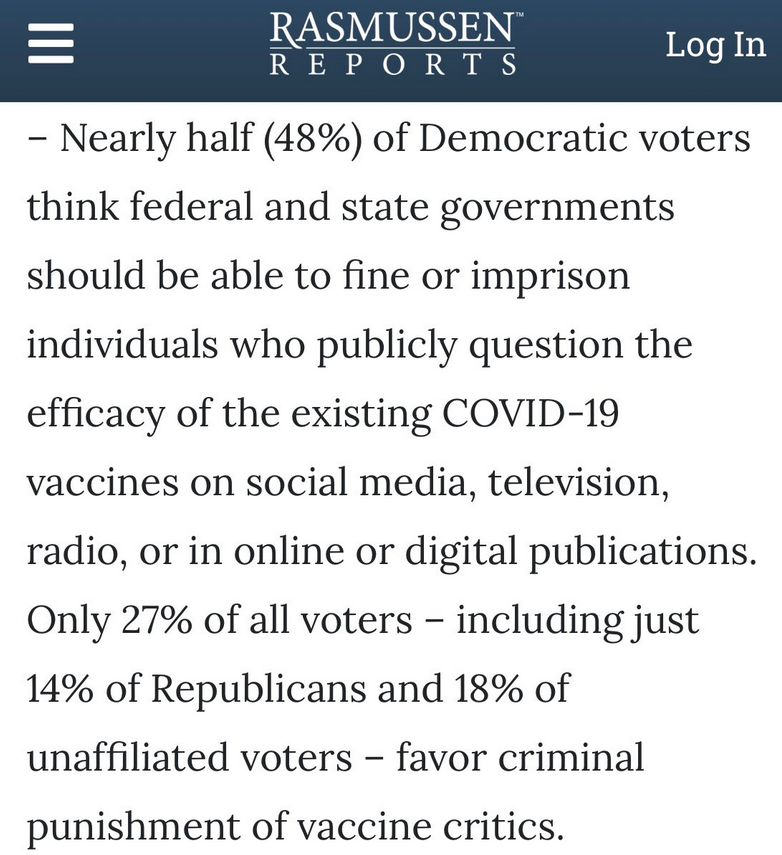 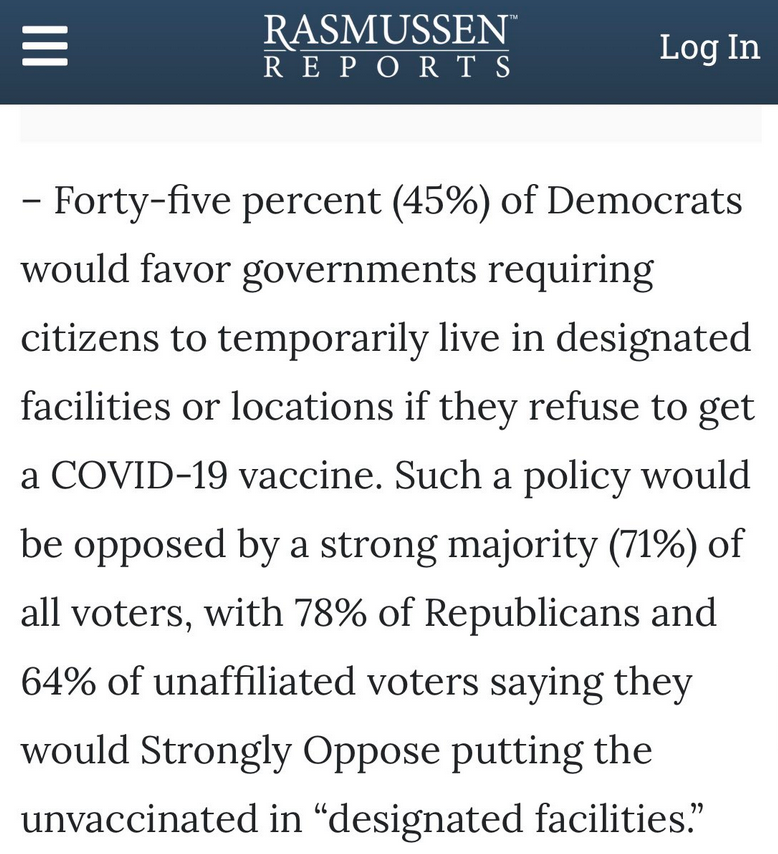 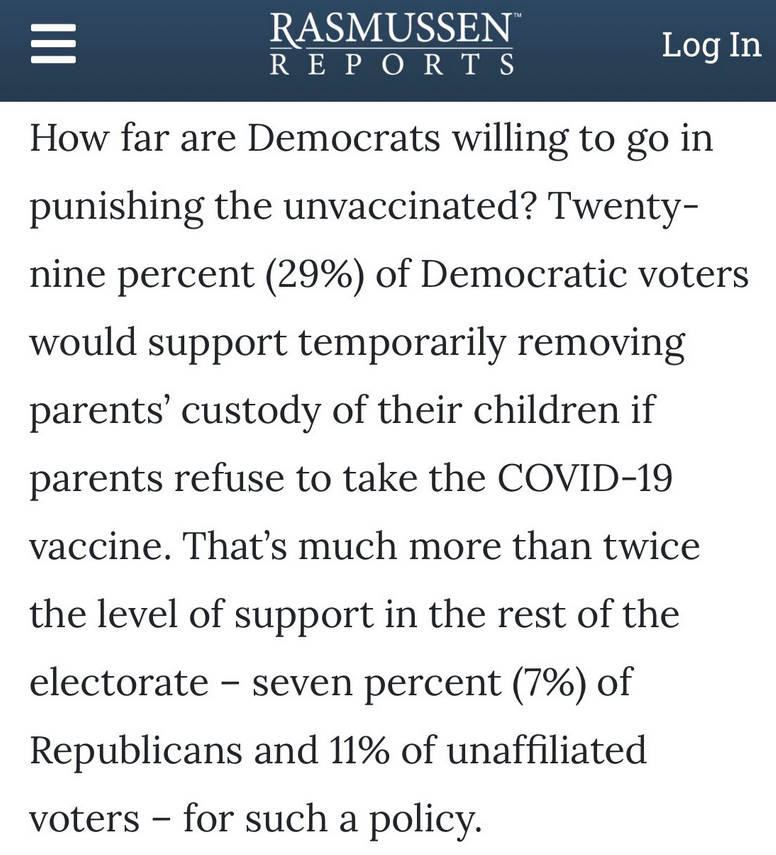 Every single headline here is from The Atlantic. 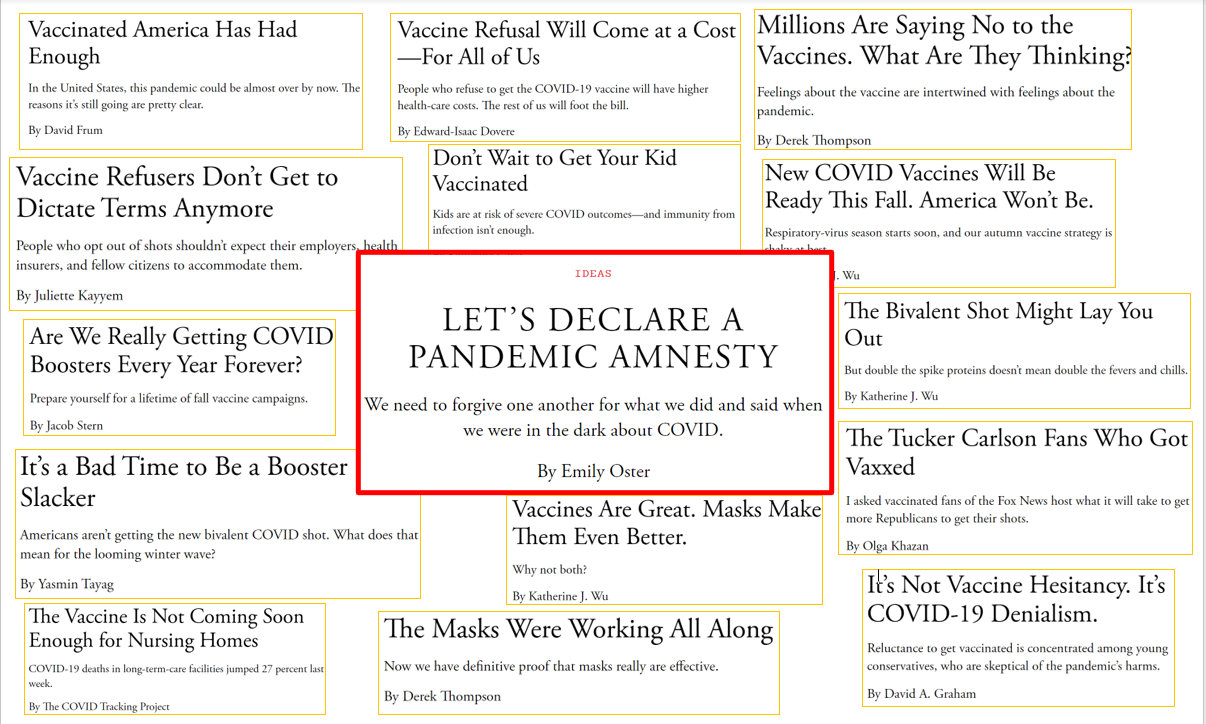 Most Americans, including yours truly, were never in the dark over Covid. We know exactly what happened and how the media and government pushed a disaster on our country.

Dem state officials held a competition to see which one could do the worst to civil liberties and constitutional rights.

People who didn’t buy into the paranoia were physically assaulted by unhinged mask Karens who couldn’t stand the thought of anyone going out into public without a force field on their face.  Crapweasels in Missouri reported people for ‘violating’ the unconstitutional lockdown. Somewhere, Heinrich Himmler is smiling.

This country was shut down over a virus with a 99.9% recovery rate.  26 million Americans became unemployed.  People lost their jobs, homes, livelihoods, and businesses because of this induced panic. The economic impact will take years to overcome.
The coronavirus is over. But the government will never forget how easy it was to take control of your life; to control every event, restaurant, sports facility, classroom, church, and even if you are allowed to leave your house.

I never wore a mask, period. I will not get any experimental government vaccine injected into my body.  I had covid in 2020. So did other members of my family. It sucked. It was like having a bad case of the flu for a couple of weeks, but we recovered just fine. That’s something the liberal media hacks and government won’t admit; the recovery rate far exceeds the fatalities.  And that the numbers of deaths from the virus were deliberately inflated.  Another fact they conveniently overlook is that 78% of people hospitalized with covid were obese or had pre-existing medical problems.

I don’t give a fuck if the terror-stricken hypochondriacs wear a full-body condom and hibernate forever. If they want to indulge their paranoia, be my guest. And they can take a jab for every “strain” they come up with to satisfy their insecurity. As for the rest of us, we trust our immune systems. Pfizer, Novartis, J&J, Moderna et al, not so much.

The Jab has produced quite a body count. Thousands of ‘fully vaccinated’ people have died or suffered debilitating effects after taking the vax.  The “died suddenly” pandemic among healthy athletes and teenagers should send a big red flag up the ass of the pro-vax morons. What a price to pay for blind obedience.

They called us grandma killers, Nazis, ‘deniers’, forced people out of their jobs,  and persecuted anyone who refused to join the hysteria. Now they expect the  “all is forgiven” treatment.

Fuck Emily Oster. Fuck The Atlantic. And fuck anyone who collaborated with the tyranny.