“God willing, it’s going to save a lot of lives,” Biden said as he finished signing the bill.

The most significant concern in the bill is the “red flag” gun laws that would allow officials to bypass Second Amendment rights and remove a gun from anyone they feel might be a threat. It is a death blow to due process and flips the judicial standard of innocent until proven guilty.

Under the red flag laws, a person is presumed guilty until otherwise deemed innocent. Under the process, a person is penalized by having their Second Amendment rights revoked and their gun confiscated for a reason as simple as posting a photo of a firearm on their social media. If a person reported that post and expressed any concern about the person’s mental state, their gun(s) would be removed by law enforcement.

Remember the faces of these traitors: 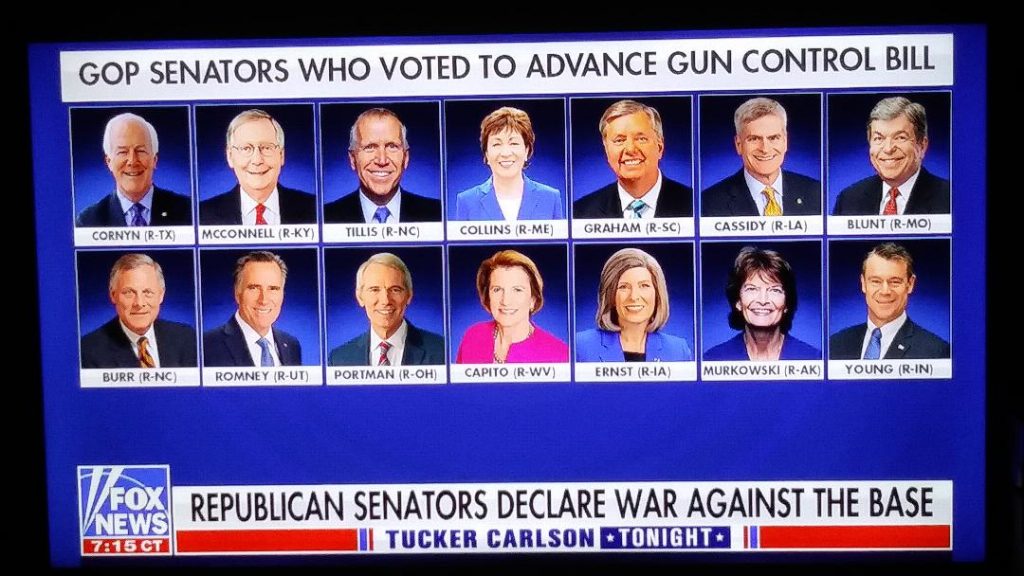 The so-called “Red Flag” law is an egregious abuse of power.

Just imagine getting into an argument with your girlfriend, boyfriend, neighbor, or some leftist moonbat on social media and hearing a knock on your door from the local cops demanding your firearms.

It’s all about control; in the world according to Progs, some people are more deserving of the 2nd Amendment than others, and they selectively exploit and politicize gun-related crimes.

The leftie nutburgers  like to spew their bullshit over ‘gun control’, but seem oblivious to the daily carnage in Dem-controlled ganglands like Chicago, where people have to step over a fucking pile of bodies just to walk down the street. The homicide rates in black neighborhoods is astronomical, but the only black lives that matter are the ones Al Sharpton can use for exploitation and political points.

If you value your freedoms, defend them.