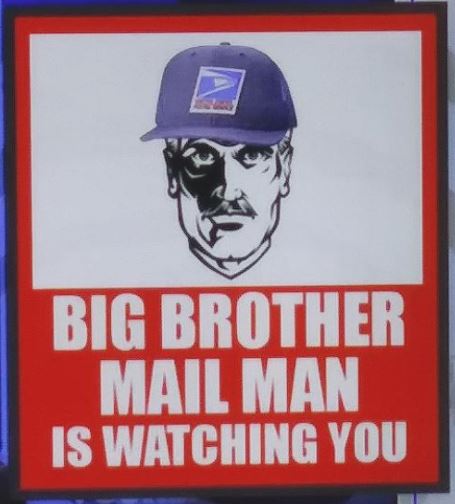 The USPS is a spy tool for the Biden regime.

Leaked documents reveal that the U.S. Postal Service has been running a surveillance effort – the Internet Covert Operations Program – to track “inflammatory” social media posts made by Americans.
“The law enforcement arm of the U.S. Postal Service has been quietly running a program that tracks and collects Americans’ social media posts, including those about planned protests,” Yahoo News summarized.

The outlet obtained documents detailing the Internet Covert Operations Program, known as iCOP, which deploys analysts to trawl through social media sites for “inflammatory” posts then shared across government agencies. “The details of the surveillance effort, known as iCOP, or Internet Covert Operations Program, have not previously been made public,” Yahoo News added.

“Analysts with the United States Postal Inspection Service (USPIS) iCOP monitored significant activity regarding planned protests occurring internationally and domestically on March 20, 2021,” says the March 16 government bulletin, marked as “law enforcement sensitive” and distributed through the Department of Homeland Security’s fusion centers. “Locations and times have been identified for these protests, which are being distributed online across multiple social media platforms, to include right-wing leaning Parler and Telegram accounts,” the document added.

In response to a “World Wide Rally for Freedom and Democracy” event, iCOP analysts were deployed to monitor relevant social media posts.

“Parler users have commented about their intent to use the rallies to engage in violence. Image 3 on the right is a screenshot from Parler indicating two users discussing the event as an opportunity to engage in a ‘fight’ and to ‘do serious damage,’” says the bulletin. 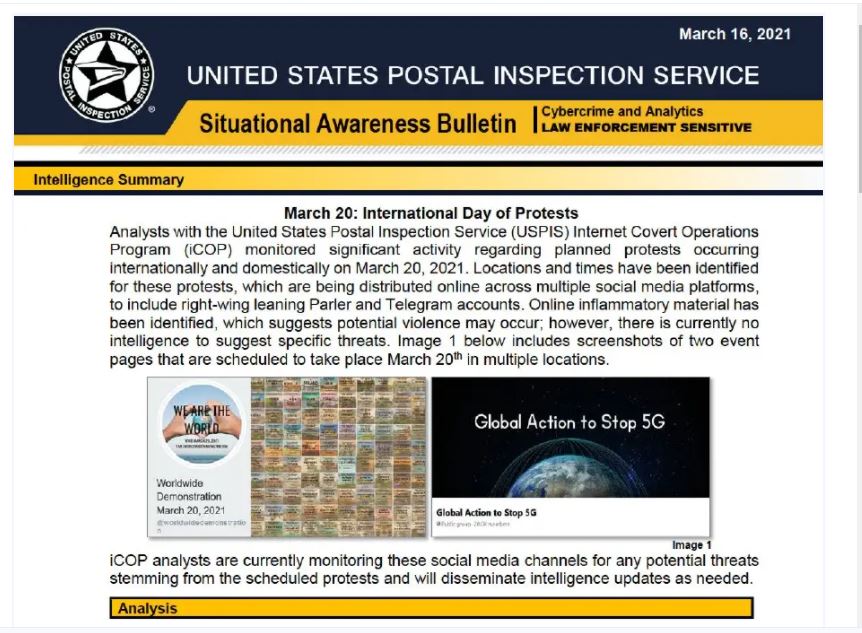 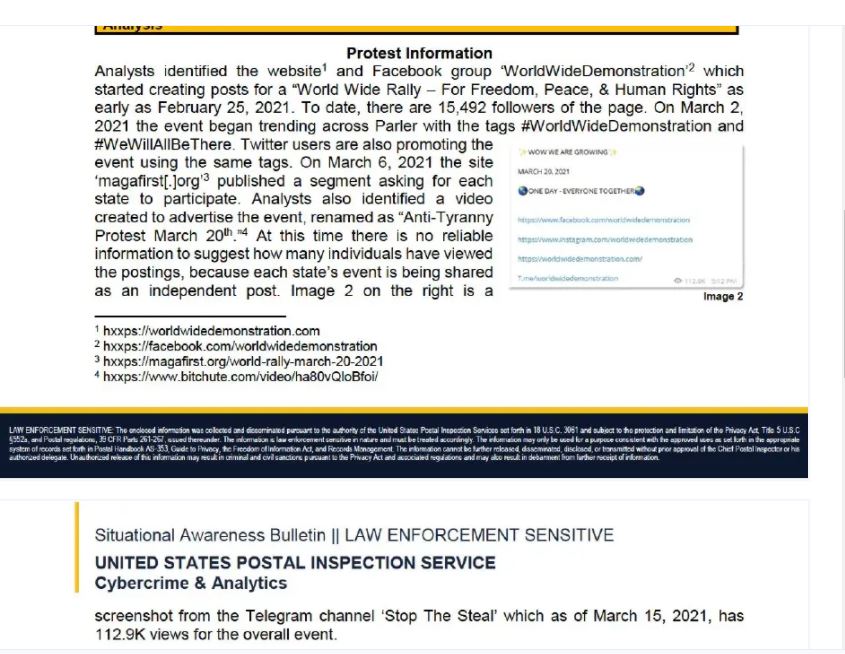 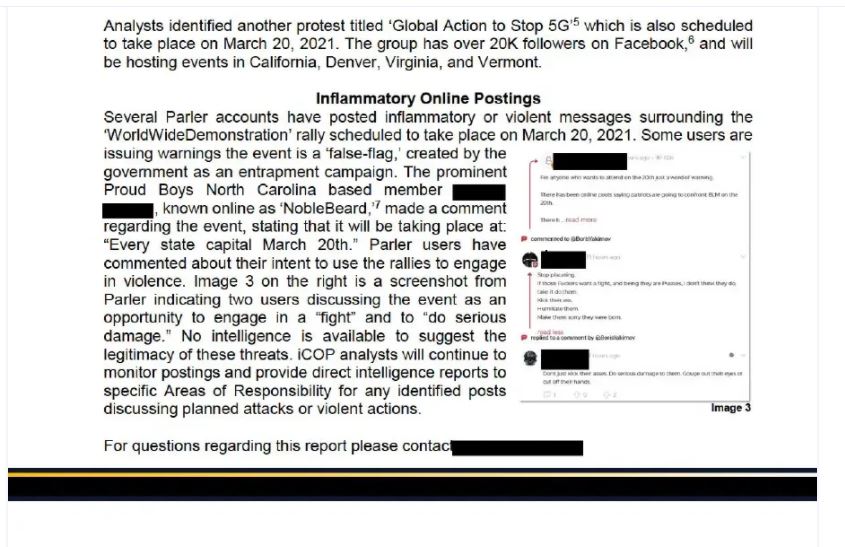 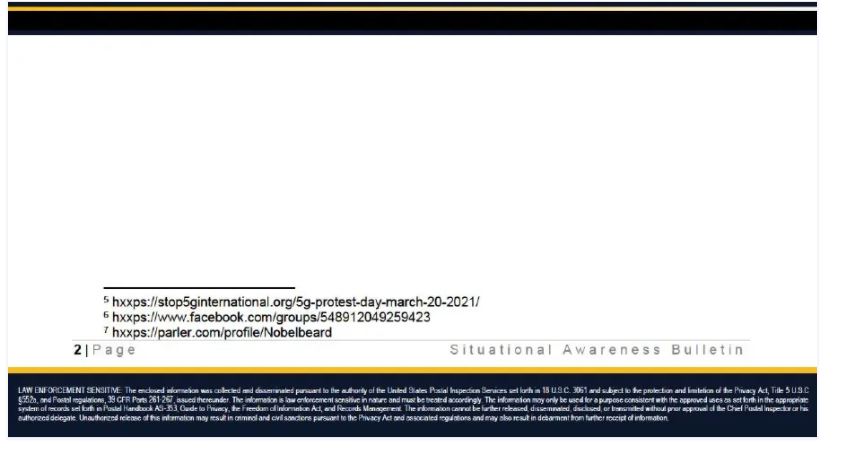 Of course, the domestic terrorist groups Antifa and BLM, which are responsible for millions of dollars worth of arson, vandalism, and murder, are not included in the USPS spy program.

Government agencies have been weaponized against American citizens, and Dems designate the targets.