The Taliban announced that China will be their “main partner” and will help rebuild Afghanistan.

For the first time since Joe Biden and General Milley withdrew all US forces from Bagram Air Base and left the Taliban with billions in US military weapons, the lights at Bagram were turned on last night.

Local witnessed several military planes, reportedly from China, landing and taking off from the base last night.

……Biden withdrew all US forces from Afghanistan and Bagram Air Base and now China is reportedly landing its planes there.

There has NEVER been a greater military blunder in US history.

……Images circulating on social media appear to show the airbase’s floodlights blazing in the distance, amid reports that several military planes have taken off and landed at the base in recent hours.

Several sources suggest that the aircraft are Chinese, given the Taliban are not thought to possess the expertise needed to power the base or maintain and fly several military aircraft. 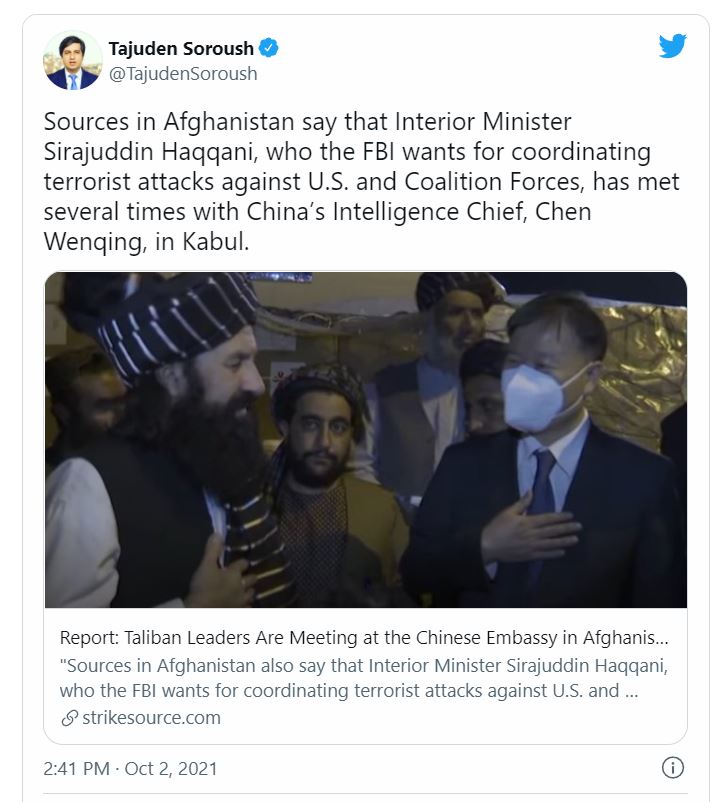 Meanwhile, the Taliban is rounding up former US allies and torturing them.

This video which is obtained by @afintlbrk shows, Taliban fighters tied up the mouth of a person who is said to be a former government soldier torturing him in Kabul city. pic.twitter.com/o3ox1e2UMm

By the way, in the middle of the night on 6 July, Biden abandoned Bagram Airfield in Afghanistan. The Pentagon did not bother telling the Afghanistan military, according to AP.

China will now have a foothold in the Middle East right in the viper’s nest of Taliban territory.

As if the ChiComs didn’t pose enough of a threat, now they’re hooked up with one of the worst terrorist groups on the planet.