After Scheller sobered up, he posted a “clarification”: 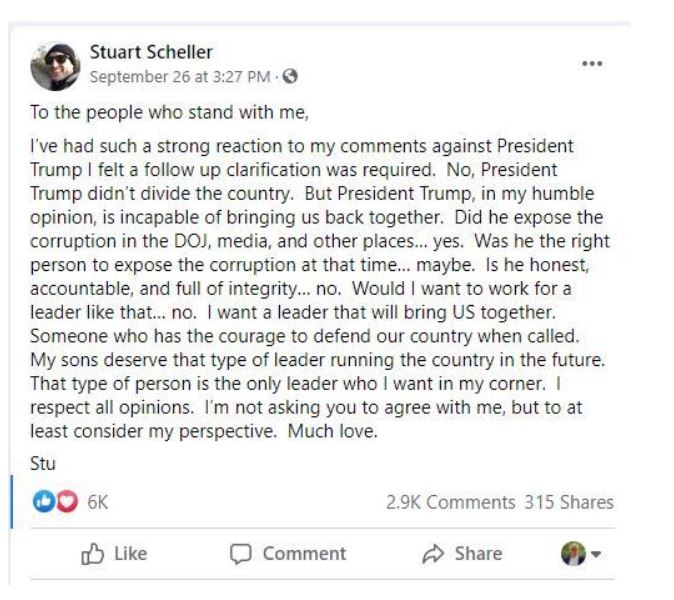 He’s been released from the brig pending a court martial.  Scheller should remember that the MAGA patriots who supported him were the main factor in getting him freed.

When Scheller was jailed for asking for accountability from the military chain of command and the Biden regime over the fucked up Afghanistan withdrawal, patriots jumped at the chance to support him and fund his legal defense.  Turns out, he’s just another disgruntled twat that can’t tell the difference between DemLeft politicians who make it their mission in life to destroy the country and those who put the country first.

The post was made on the 25th of last month before he was incarcerated.

Here’s the link. Read it for yourself…
Screenshot 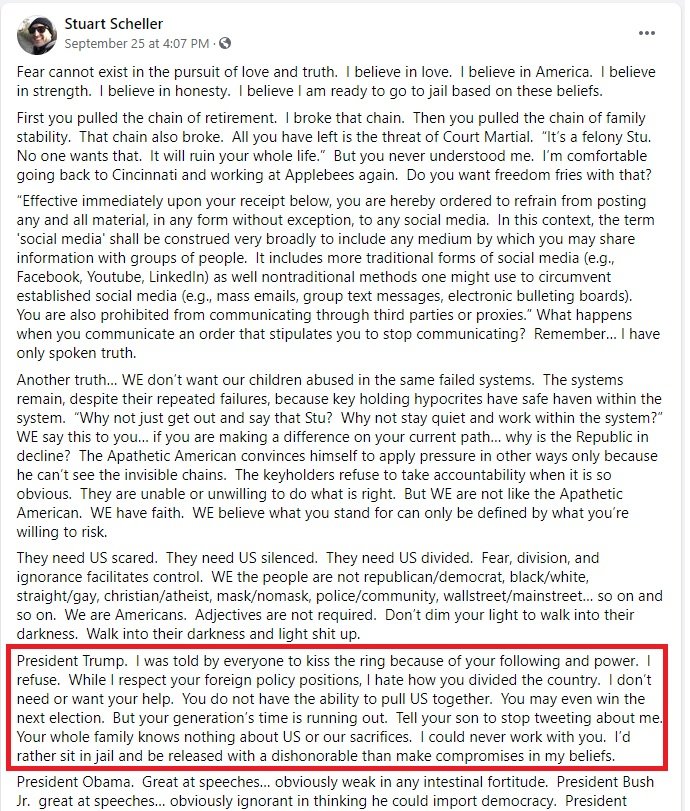 The MAGA community has raised more than $2 million for a Marine officer despite the fact he is strongly anti-Trump.  Jailed Marine Stuart Scheller has demanded that the Trump family stop helping his case, saying he would “rather sit in jail” than get help from the former president.

Michael Yon, a former Soldier who served in the Special Forces and writes about foreign policy, had this to say:

I’ve had a chance to confirm Stew Scheller actually did write the rambling posts attributed to him — that led to his being locked up. Now, I must recalculate the paradigm: Stew comes across as if he has an alcohol problem.

He even published that he was drinking while writing.

The underlying facts remain true that leadership completely botched Afghanistan, and a lot more…but Stew needs to get himself together. Stew himself is demonstrating poor leadership attributes. Though I greatly respect that he has decided to step into the arena unless he made this decision beyond the bounds of sober mind.

Stew surely is making an appearance of an irrational man. A rational military officer would never put to paper and to public that he is drinking while cogitating Revolution.

At first, he appeared to have some integrity but since he has so much disdain for President Trump and his supporters, it’s time to cancel the donations and let him sit in jail.