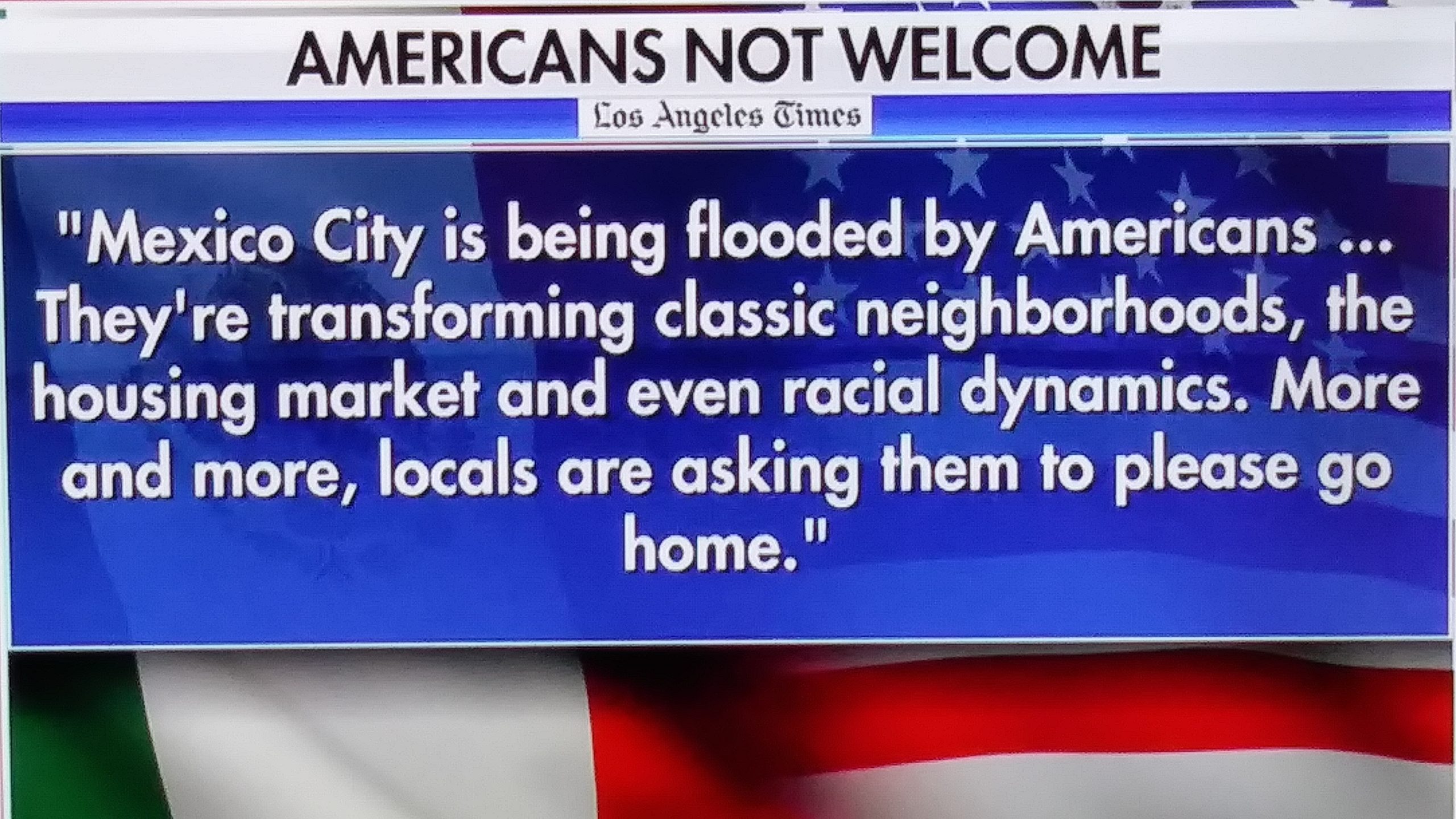 An influx of Californians and other Americans has made its way to Mexico City, angering some locals who say they are gentrifying the area, according to a report.

The Los Angeles Times report on Wednesday outlined how some Mexican locals are “fed up” with the growing number of Americans, many from California, moving to and visiting the country, which has contributed to a rise in rent and a shift from Spanish to English in some places.

“New to the city? Working remotely?” fliers popping up around Mexico City reportedly said. “You’re a f—ing plague and the locals f—ing hate you. Leave.”

The article outlines how Americans have brought a scent of “new-wave” imperialism as taquerias and corner stores have slowly transformed into coffee shops and Pilates studios.

English is also reportedly becoming more prevalent as more Americans are moving to and visiting Mexico City to take advantage of lower rent and the ability to stay in Mexico for six months without a visa.

“We’re the only brown people,” Fernando Bustos Gorozpe, a 38-year-old writer and university professor, told the Los Angeles Times. “We’re the only people speaking Spanish except the waiters.”

Bustos later posted a video on TikTok saying that the influx of Americans “stinks of modern colonialism” and nearly 2,000 people responded in agreement.

“Mexico is classist and racist,” Bustos added. “People with white skin are given preference. Now, if a local wants to go to a restaurant or a club, they don’t just have to compete with rich, white Mexicans but with foreigners too.”

The article also pointed to a social media post online where a young American said, “Do yourself a favor and remote work in Mexico City – is truly magical.”

“Please don’t,” one of the replies said. “This city is becoming more and more expensive every day in part because of people like you, and you don’t even realize or care about it.”

……The State Department reports that there are 1.6 million Americans living in Mexico, many of them coming during the coronavirus pandemic when Mexico eased restrictions sooner than many places in the United States, but it remains unknown how many of those Americans are in Mexico City.

The Los Angeles Times says that in the first four months of this year, 1.2 million foreign visitors arrived at Mexico City’s airport.

“We’re just seeing Americans flooding in,” said Alexandra Demou, who runs the relocation company Welcome Home Mexico. “It’s people who maybe have their own business, or maybe they’re thinking of starting some consulting or freelance work. They don’t even know how long they’re going to stay. They’re completely picking up their entire lives and just moving down here.”

LMAO! The Beaners are bitching about white liberals coming into their country and setting up nice living arrangements. Maybe they can build a wall to stop the migration. Welcome to our world, amigos. America has had enough of your dredges invading our country, committing violent crimes and getting handouts courtesy of the Dems.

Be glad you’re only getting gentrified.