This douchebag knew damned well it wasn’t “Russian disinformation” but he has no regrets. What a real piece of work. 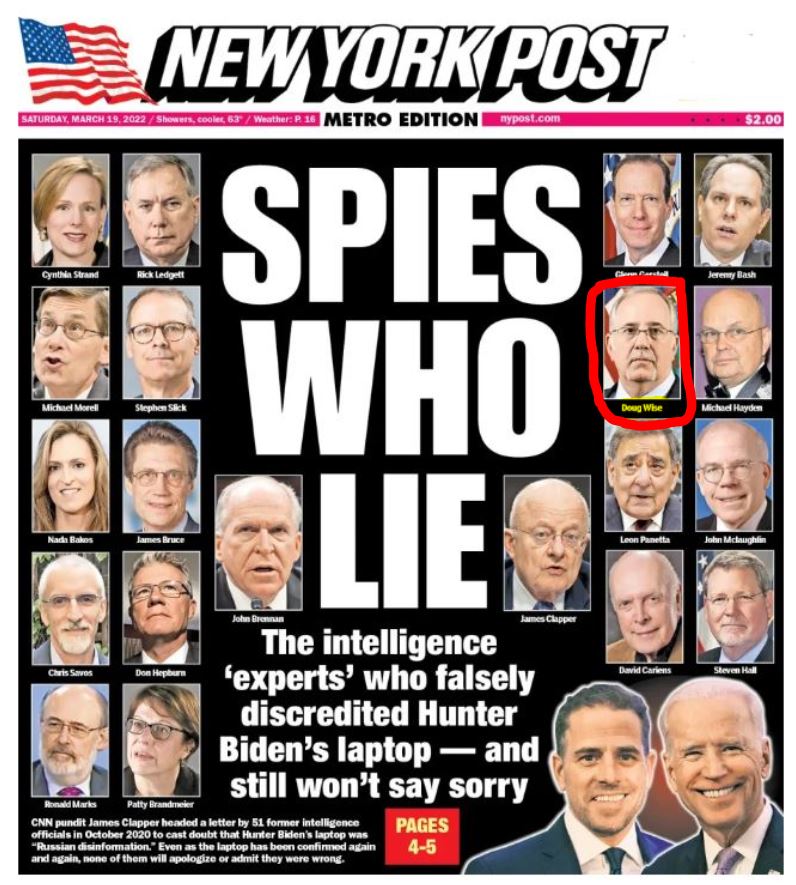 One of the 51 intelligence veterans who signed a letter suggesting the Hunter Biden laptop story could be part of a Russian disinformation operation said they knew the contents of the device were genuine at the time.

The letter, which came out in the days leading up to the 2020 presidential election, was used to dismiss the laptop and its provenance. Many of the contents of which have since been analyzed and shown to be authentic.

In a new interview more than two years later, Douglas Wise, a former Defense Intelligence Agency deputy director, told The Australian, “all of us figured that a significant portion of that content had to be real to make any Russian disinformation credible.”

The signees, which included former Director of National Intelligence James Clapper and former CIA Director John Brennan, warned in the letter that the October 2020 arrival of reporting about the laptop “has all the classic earmarks of a Russian information operation.”

Going further than what the letter said, Politico used a headline that said the former intelligence officials were claiming the story was “Russian disinfo.”

Then-candidate Joe Biden, the father of Hunter, used the letter to cast doubt on the laptop story during one of his debates with then-President Donald Trump.

“The letter said it had the earmarks of Russian deceit and we should consider that as a possibility,” Wise stressed. “It did not say Hunter Biden was a good guy, it didn’t say what he did was right and it wasn’t exculpatory, it was just a cautionary letter.”

Wise also said he does not regret signing the letter “because context is important” and noted that the laptop’s “chain of custody” left open the possibility that “Russians or even ill-intended conservative elements could have planted stuff in there.”

The laptop, which allegedly was abandoned at a Delaware computer repair shop before the FBI obtained it, contains details about Hunter Biden’s personal life and financial affairs. The president’s son is now under federal investigation, including over his foreign business dealings and tax affairs, though the existence of that years-long inquiry was not revealed to the public until after the 2020 election.

Rep. Kevin McCarthy (R-CA), before he became speaker, said Republicans would subpoena the dozens of intelligence veterans who signed onto the letter in the new session of Congress.

Yeah, it was the Russkies or conservatives that planted all that evidence of crime and corruption in the laptop. 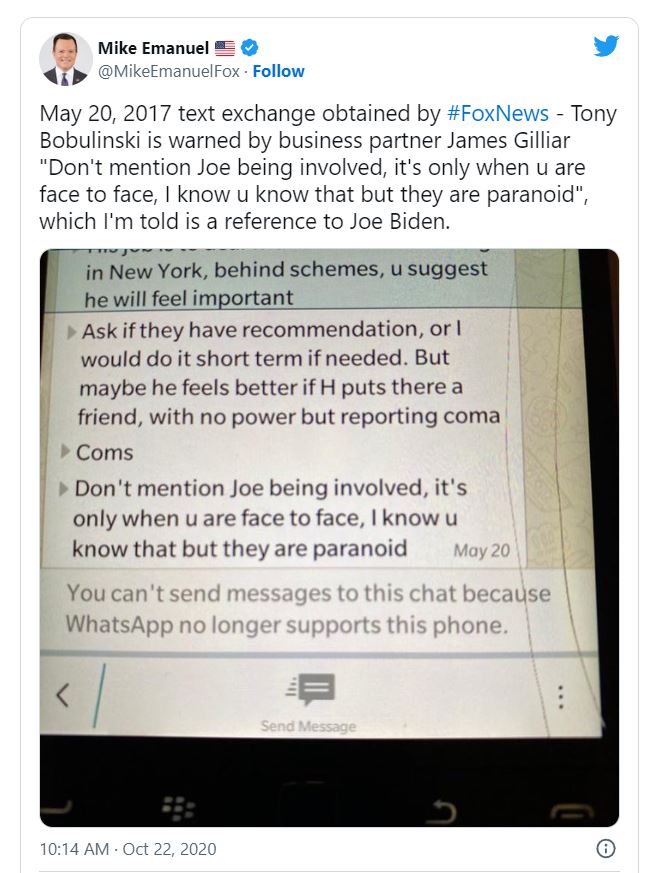 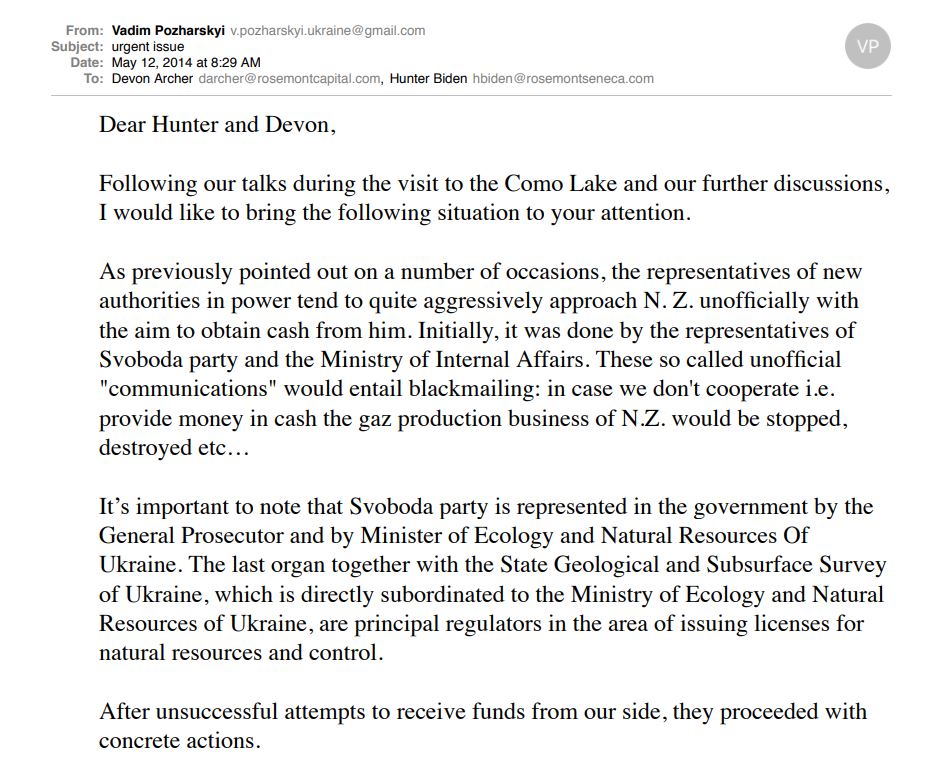 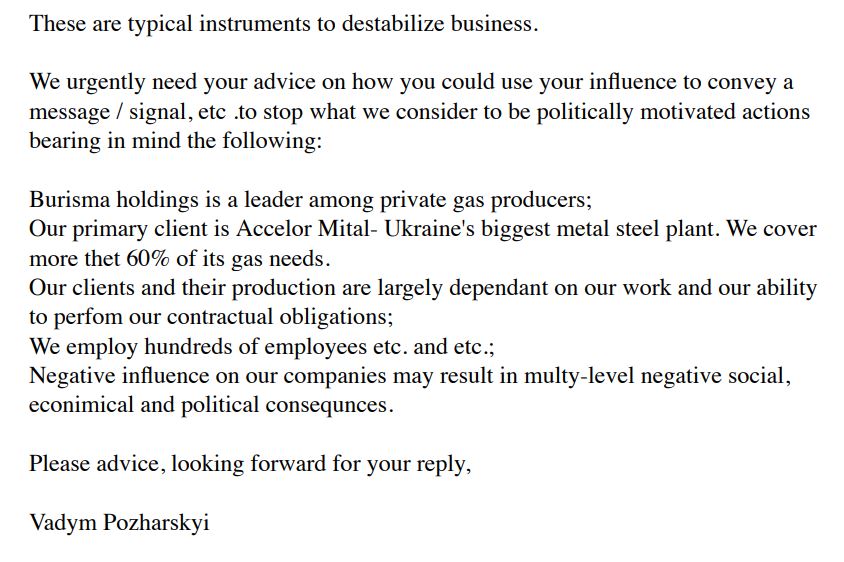 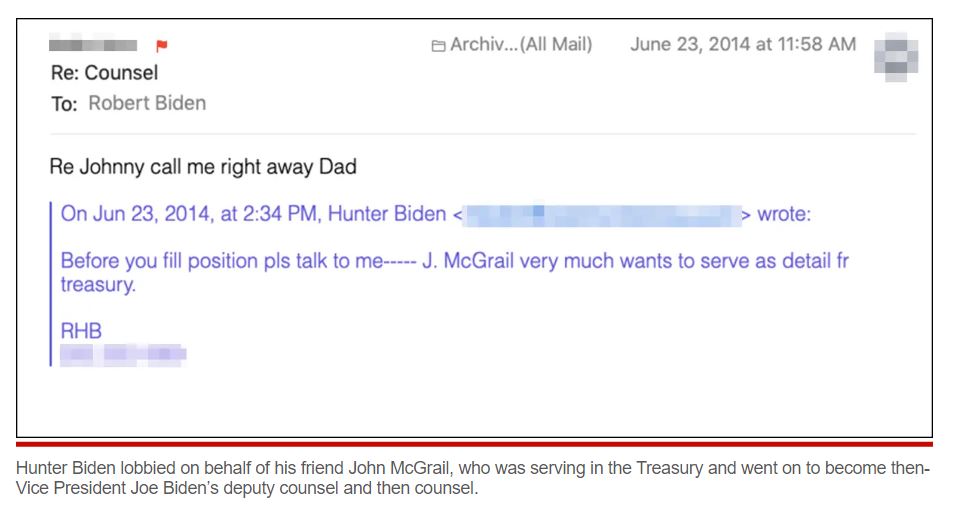 And this:
How Hunter Biden tried to cash in big on behalf of family with Chinese firm: 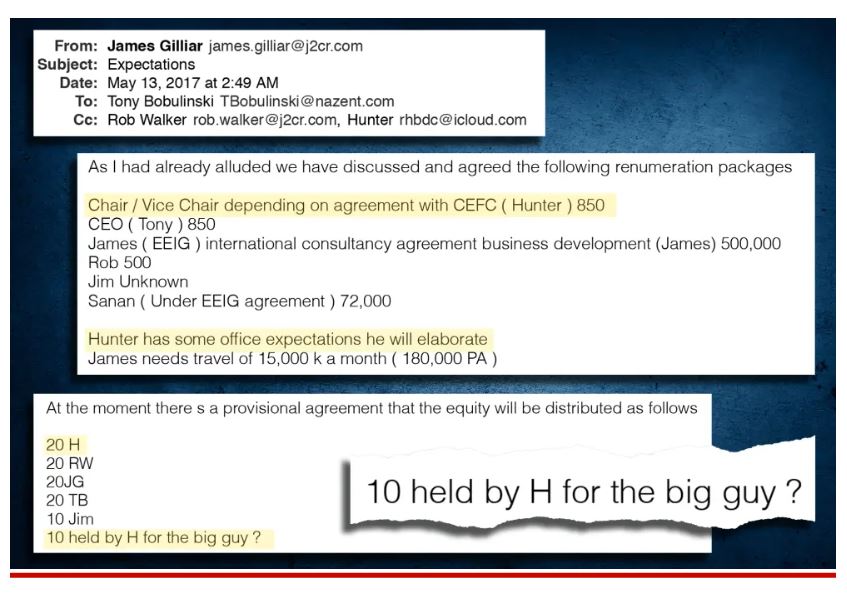 The FBI/DOJ finally admitted the laptop isn’t a “Russian disinformation campaign”. But they tried to bury it anyway.

The Biden Crime Syndicate used foreign deals and connections with Ukraine and China to enrich themselves. They laundered money, committed tax evasion, and violated the Foreign Corrupt Practices Act. The level of corruption involved with their China/Ukraine deals is off the charts. Joe Biden is ass deep in this corruption.  Hunter was operating as a bagman for the ‘Big Guy’, collecting and funneling money to his father.
The Bidens committed treasonous acts for money.
The evidence collected from Hunter Biden’s laptop is more than enough to indict and convict Joe, Hunter, and most of the immediate family.

Federal agents know they have sufficient evidence to charge the Bidens with felonies.