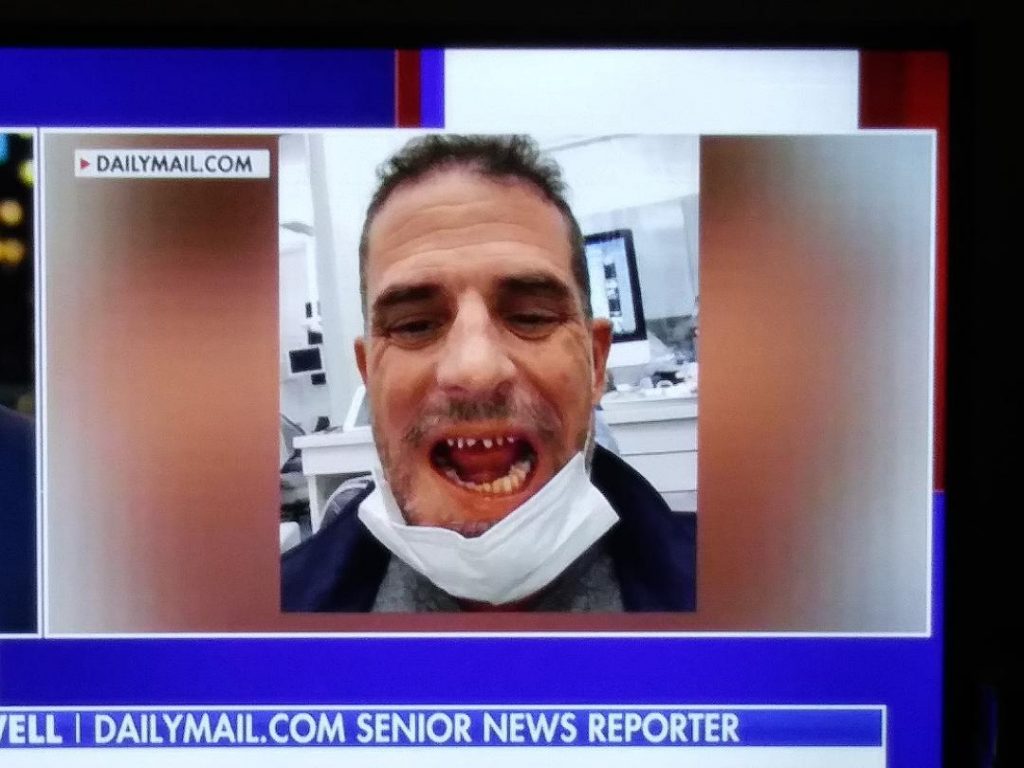 Hunter Biden has joked in a Jimmy Kimmel interview that ‘pants were the problem’ while he was on crack and also doubled down on his claim that he doesn’t know if the infamous abandoned laptop belongs to him – despite it being verified by top forensics experts for DailyMail.com.

The President’s son, who appeared on Jimmy Kimmel Live Thursday night to promote his new memoir Beautiful Things, insisted that he didn’t know if the laptop was his because he was so detached from reality while on drugs – and went on to say that the scandal around the computer is a ‘red herring’.

Kimmel asked the 51-year-old about his laptop – which became a source of intense interest in the run up to the election, amid claims that Joe Biden had been in business with China and was compromised.

……Biden, who writes in graphic detail about his crack addiction, replied: ‘Yeah, I made it today. Pants were the problem.’

Especially when he didn’t have them on. 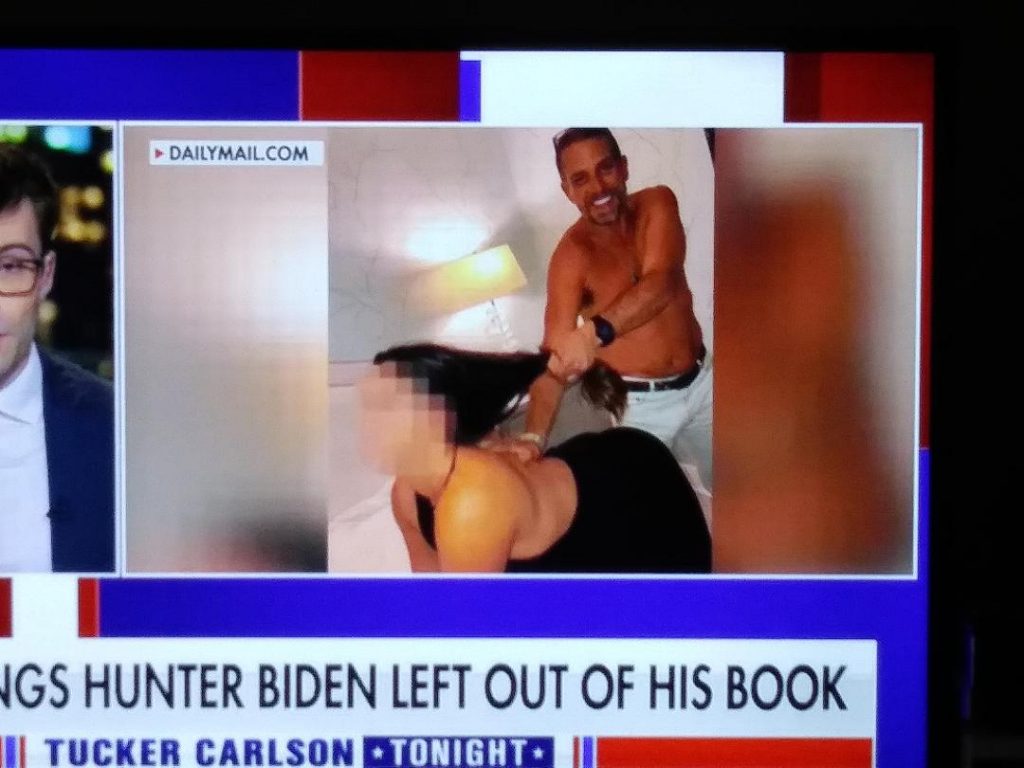 DailyMail.com commissioned top cyber forensics experts Maryman & Associates to analyze its data and determine whether the laptop’s contents were real.

Maryman and his business partner Dr. Joseph Greenfield used the same forensic tools to pick apart the drive as federal and state law enforcement use in criminal investigations, and prepared a report for DailyMail.com.

The report said the data on the drive ‘appear to be authentic’, and that after an extensive search of its contents for any tell-tale signs of tampering, Maryman and Greenfield found ‘no evidence’ of fabrication – by Russians or anyone else. 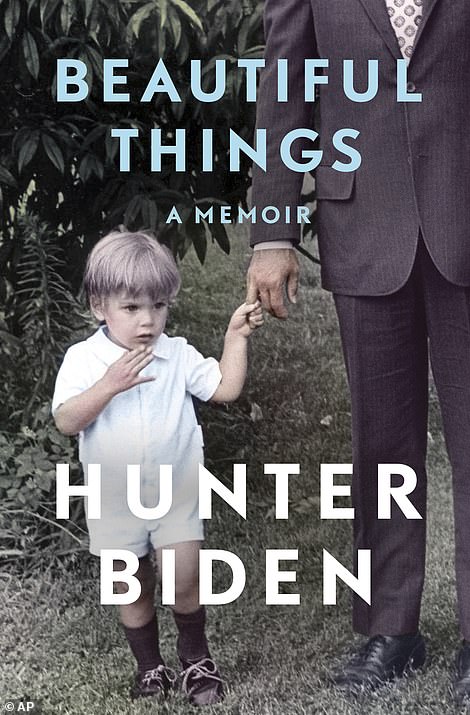 Hunter’s new memoir, Beautiful Things, came out Tuesday  and promised to give a candid account of the president’s son’s addiction.

‘The data on the system before April 2019 appears to be related to Mr. Biden, with timestamps appearing to be between 2016 and 2019,’ the Maryman and Associates report said.

‘The operating system timestamps appear to be authentic, and no evidence was found to suggest that the timestamps or data were altered or manufactured. No indications were found that would indicate the data was manufactured.’

In a presidential debate in October, Joe Biden referred to the leaks of Hunter’s emails as ‘a bunch of garbage.’

But in an interview with CBS on Sunday to promote his new book, Beautiful Things, Hunter said the laptop ‘could be’ his.

On Thursday DailyMail.com exposed the secrets of Hunter’s abandoned laptop.

Among the 103,199 text messages on the hard drive dating from 2016 to March 2019 are fraught conversations between President Joe Biden and his son.

The bombshell cache of 103,000 text messages, 154,000 emails, more than 2,000 photos and dozens of videos are packed with revelations conveniently missing from the memoir, including:

The texts reveal how Joe was sucked into his son’s torrid love life, became a punching bag for Hunter’s drug-fueled rants, and paid his grandchildren’s bills when Hunter had drained his bank accounts from his spending on prostitutes and crack cocaine.

In other words, he enabled him.

……Hunter raged at his father for ‘having made clear to the world that the only reason for not [running for president is your] family problems im glad to be the f***ing bullseye you painted on my back.’

Hunter complained that his father’s advice to not defend himself in the media over stories about his expensive divorce from his ex-wife Kathleen Biden or his affair with his brother’s widow Hallie had backfired, and added sarcastically: ‘Oh …good morning …from f***ing rehab.’

‘Your team just made me the uncontrollable troubled tax cheat philanderer sex and drug addict that you tried so hard to fix but couldn’t yt. They just totally wrote my life away,’ he wrote.

‘If you dont run ill never have a chance at redemption.’

The only shot at redemption Joe or Hunter will ever have is if they do the decent thing and croak.

Perversion and corruption run in the Biden family.

The information contained in Hunter Biden’s laptop which proved his father’s shady connections with Ukraine and China were extensively covered in the New York Post.

The FBI tried to bury the evidence:

An extensive interview with Biden’s former business partner, Tony Bobulinski, showed that Joe Biden was involved in Hunter’s shady business dealings and made quite a profit.

As if that wasn’t enough, there are photos of Hunter Biden exposing himself to underage girls.