Biden’s goon squad is out of control.

“Here’s yet another amazing story for you tonight. So, right before the last election, the president’s daughter, Ashley Biden, somehow was separated from her diary. She says it was stolen. So, in the pretext of that, a year later, FBI agents just raided the homes of several working journalists, including a current employee at Project Veritas. They broke down doors in pre-dawn raids. They were trying to seize material that might embarrass the Biden family…and so they did this for him [Biden]. Pretty amazing, really.”

“Okay. So, the FBI / DOJ is saying that Ashley Biden’s diary was stolen in a burglary. Now, we can’t verify it either way, that does not appear to be true. Actually, it seems like Ashley Biden left the diary in the house when she moved out. But whatever, let’s say for the sake of argument that the diary was stolen. The FBI raids still don’t make any sense. No one is claiming these journalists stole the diary. The material in question is already public. Some of it is pretty awful. It’s been on the internet for a year. We decided not to cover it by the way, it’s awful. But most amazingly, in the point that O’Keefe makes, is the one that stands. Since when does the FBI respond to domestic burglaries? Can you call the DOJ the next time your car gets broken into? Oh, you’re not the president’s drug addicted kid? Okay. Got it. This is totally third world. And it’s an attack on press freedom. Obviously. You’re raiding a journalist’s house because that journalist may have had something to do with embarrassing the president’s kid? Where’s the White House Correspondents’ Association on this? Where are all the ‘press freedom’ people? If you’re looking for an aggressive attack on freedom of the press, there you have it. Maybe someone should say something, maybe.”

The Biden regime did not want this published: 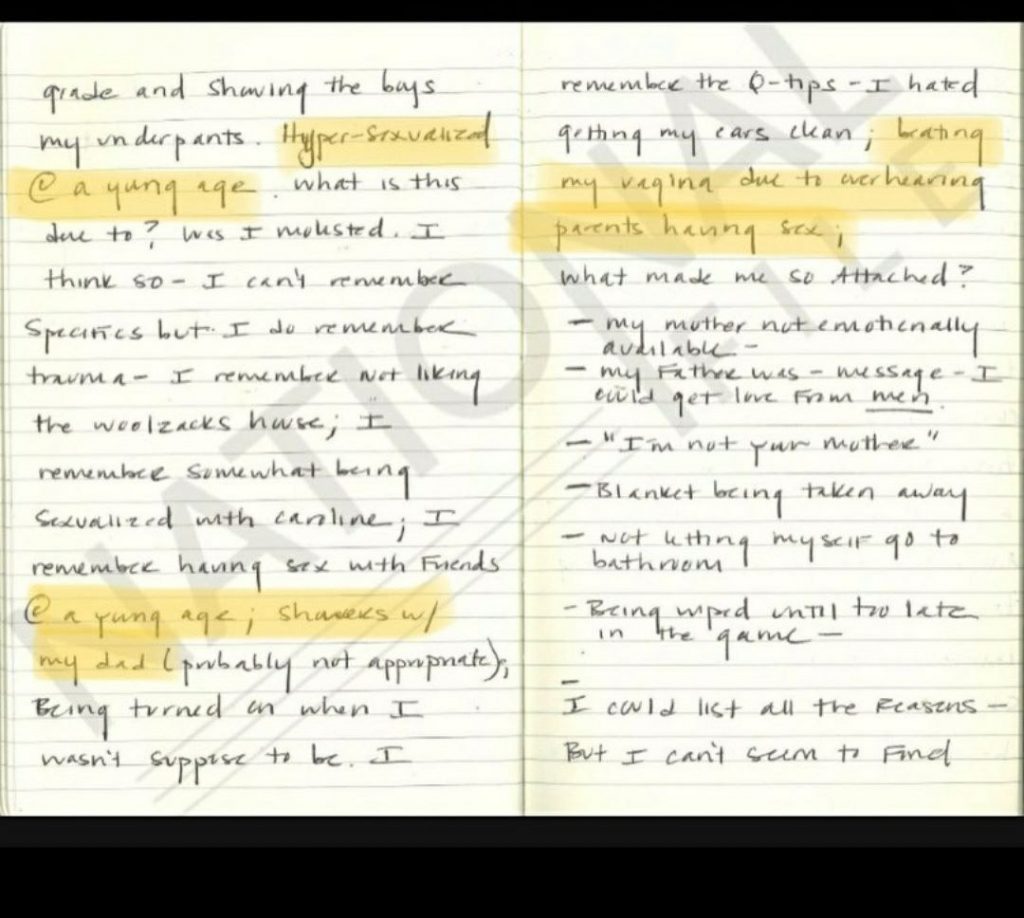 Pedophilia and incest runs in the family. This is the SECOND person in the Biden family that has made incestuous sexual allegations. Some of the lurid photos on Hunter Biden’s laptop involve his niece  and underage girls.

Entries in the diary include the author revealing she believes she was sexually molested as a child and shared “probably not appropriate” showers with her father, some that detail the author’s struggle with drug abuse and the author’s crumbling marriage with multiple affairs, along with entries showing the family’s fears of a potential scandal due to her brother’s new home, and those that show a deep resentment for her father due to his money, control, and emotional manipulation.

Joe and Hunter Biden are sexual predators. The fucking FBI should be investigating them.

Since 6 January, FBI jackboots targeted an innocent man for attending President Trump’s 6 January rally, raided the wrong home in Alaska looking for Nancy Pelosi’s laptop, arrested a man for standing inside the capitol and waving a Trump banner, confiscated a Lego set from an “insurrectionist” and asked that citizens turn in their “extremist friends and relatives“.

The Dems have created a system of bullying and persecution of political opponents. This shit usually happens in Communist countries and Banana Republics. It’s happening in America.