Even God is tired of the BLM charade.

A mural in remembrance of George Floyd in Toledo, Ohio, was reduced to rubble after a reported lightning strike.

Witnesses told Toledo Police that a lightning strike destroyed the mural, and doppler radar shows a strike hit at about 4:30 p.m. Tuesday near where the mural was painted.

Photos of the destruction show part of the brick wall reduced to rubble, with fragments of mural still remaining on the wall along its border. 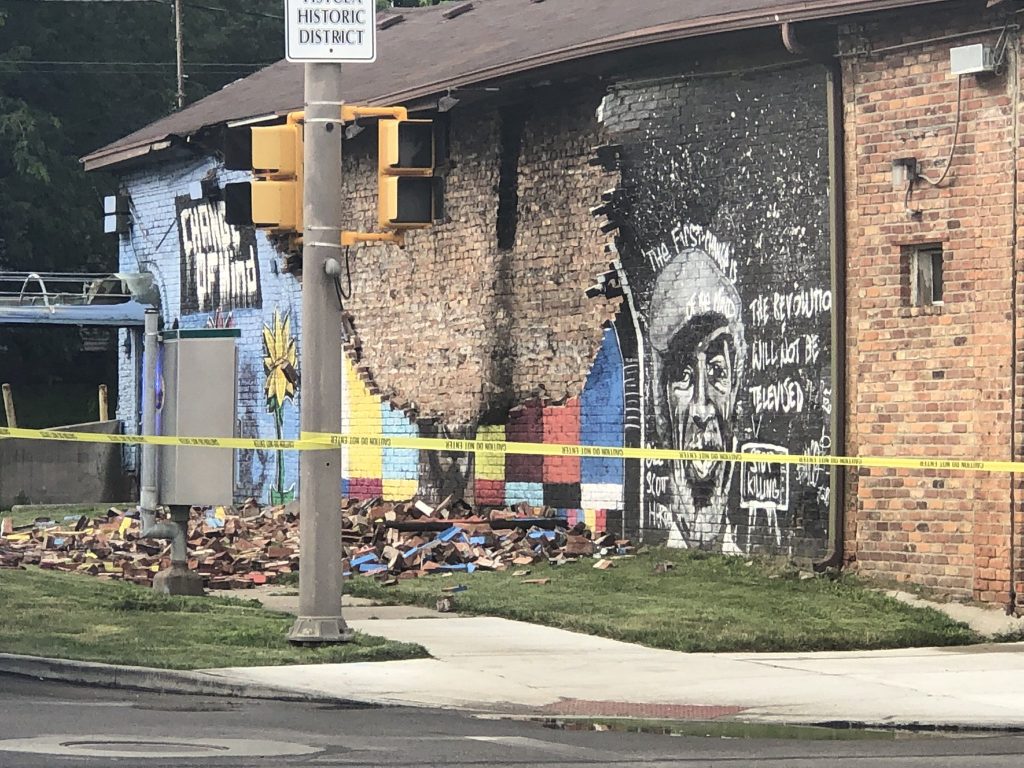 The Left wants to make a martyr out of a career criminal and thug. Riots and murders in his name have destroyed entire communities and livelihoods.

It was never about Floyd. It’s about animals with a tendency for violence and the leftwing radicals who join in and fund this shit. All they need is an excuse.