Appearing on Fox News with host Jesse Waters, California GOP gubernatorial candidate Larry Elder, who is the leading GOP candidate to replace California Democrat governor Gavin Newsom should he be recalled on September 14,  was asked about the incident earlier this week in which a white woman in a gorilla mask fired an egg at him. He responded, “Well, she might be one of the 20,000 people that were released early from our prisons, felons, many of whom were violent offenders under this governor,” adding, “If I were a Democrat, obviously, this would be called systemic racism; they’d call it a hate crime.”

Watters prompted, “So you see the white lady in the gorilla mask, throwing eggs. What exactly happened there, Larry?

“Well, she might be one of the 20,000 people that were released early from our prisons, felons, many of whom were violent offenders under this governor; I don’t know,” Elder replied. “We have too-soft-on-crimes DAs; I consider this to be one of the many intersections in California, intersections between lawlessness and homelessness. I was at a homeless encampment in Venice and a lot of people are angry; homeowners are angry; families are angry children have to go past these people to and from school, and the homeless population is endangered and it’s also a health hazard. Nothing’s being done about it; that’s one of the many failures of this governor.” 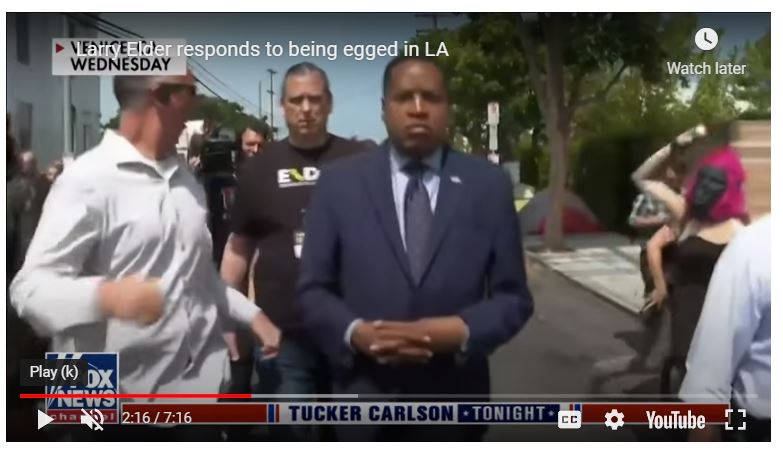 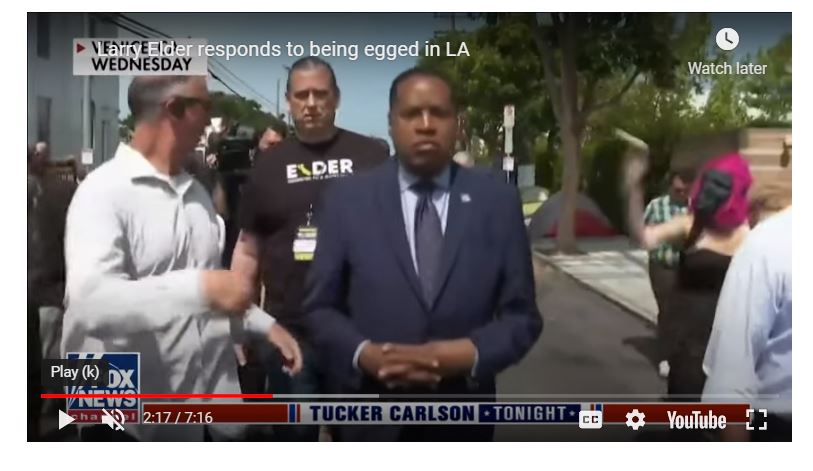 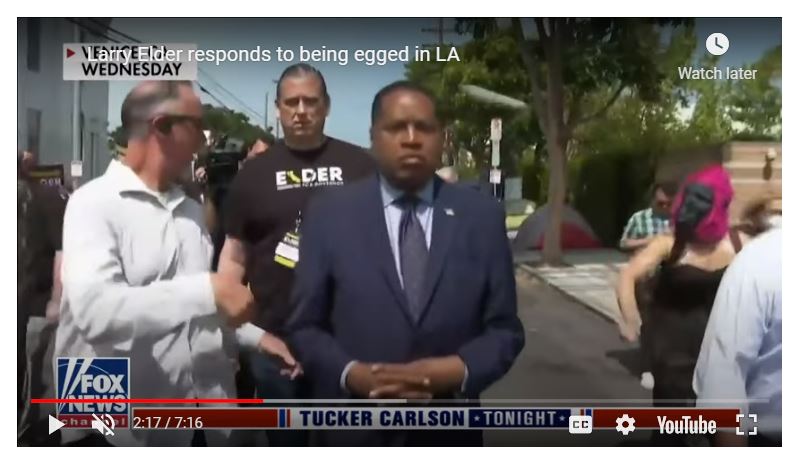 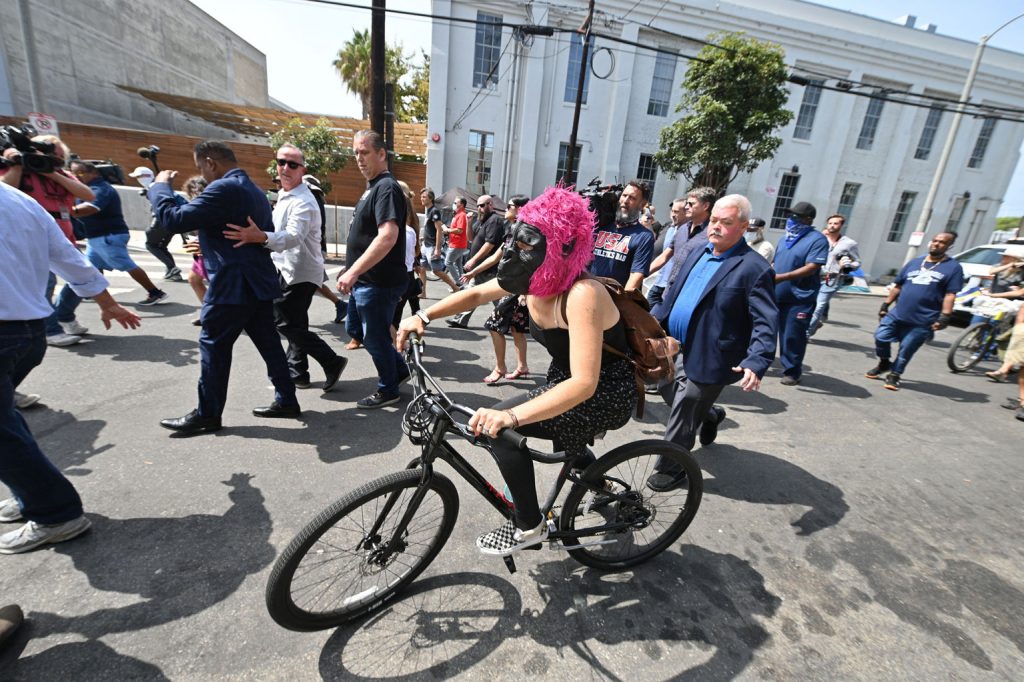 Too bad they didn’t rip that fucking mask off. She should be made famous, if you get my drift.

Do a search for “Larry Elder” and gorilla on the CNN website and nothing comes up. Washington Post? Zilch. Nothing comes up on The New York Times site either, although if you make it to the 15th paragraph of a story titled “The Vice President pushed back against the effort to recall Newsom in the Bay Area,” you will find a bland passing reference to Wednesday’s disgusting incident.

According to our nation’s media leaders, it’s not a story that a white person wearing a gorilla mask attacked Larry Elder, a black man seeking to become the first non-white governor of California, by hurling an egg that touched his head.

If Elder were a Democrat, the attack would have been instantly and with good reason dubbed racist. It would not only be front-page news, it would be just about the only news you were hearing about today on CNN and MSNBC. Charles Blow, Perry Bacon and Jamelle Bouie would each be writing the first in a series of angry columns about it. So would Gail Collins, Jonathan Capehart, Jennifer Rubin, Michelle Goldberg, Paul Krugman, Maureen Dowd, Dana Milbank and Ezra Klein.

We would be treated to multiple news analyses about the history of the usage of gorilla tropes against blacks. Joy-Ann Reid, Rachel Maddow and Don Lemon would be doing hour-long broadcasts on the attack, convening panels discussing just how the attack pulls the scab off racism in America, and proves we have so much work left to do in dealing with the problem. Vox would commission a series about California’s grim history of racism dating back to the Chinese Exclusion Act, and Asian-American and Latino writers would hasten to explain that California’s historic hostility to all sorts of persons of color is as traditional as its Tournament of Roses parade.

Three-thousand-word essays about the brutal, unknown history of lynchings in the Golden State would be published in The Atlantic and/or The New Yorker. Al Sharpton, exhibiting a combination of exhaustion and despondency, would be a guest on half a dozen cable TV shows.

The woman who threw the egg at Elder would find her picture, her name, and everything she’d ever said on social media scrutinized at great length and on the home pages of the leading news sites. Her appearance would be mocked by late-night comedians. Dozens of reporters would be sent out to learn this woman’s story, to check out where she lived, where she worked, and where she went to school.