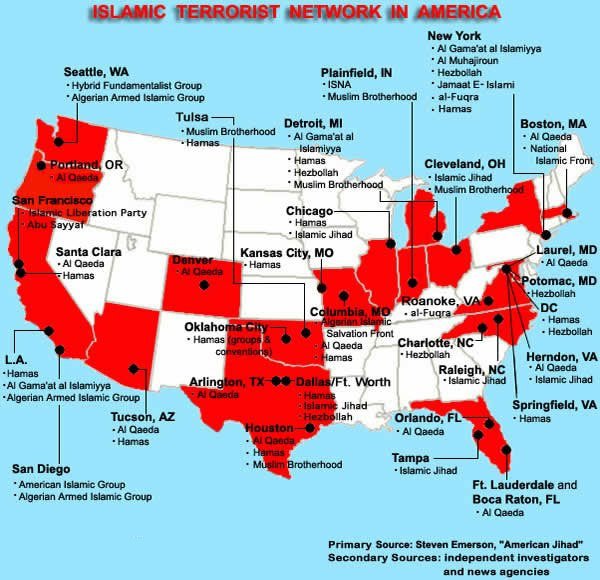 The terrorists busted at the compound in Taos, New Mexico were planning a bloody jihad, including an attack on an Atlanta hospital, the military, businesses, and schools.
Al Qaeda holds Death To The West conferences in  Chicago, there’s a substantial radical muzzie enclave in Dearborn, Michigan,  and Jamaat Al Fuqra terrorists have established training centers within our own borders.  The Muslim Brotherhood, the Arab-American Action Network, and CAIR, three major facilitators of Islamic terrorism, operate freely in the United States.