They couldn’t live up to their own doctrine for 24 hours.

According to the Vineyard Gazette, the mostly Venezuelan migrants will be bussed to a ferry that will take them to a military base on Cape Cod. Republican Gov. Charlie Baker announced the activation of up to 125 members of the state National Guard to coordinate relief efforts for what local residents declared a “humanitarian crisis.”

……Lisa Belcastro, a local resident who manages the shelter at the island’s St. Andrew’s Episcopal Church where migrants slept for their two-night stay, said Thursday the migrants would have to move on because the wealthy island was full.

Federalist Editor Elle Purnell, however, outlined a dozen “stunning” vacation homes available to house the few dozen arrivals who inaugurated diversity on the majority-white island. While options run between $1,600 to $20,000 a night, New York City Democrat Mayor Eric Adams plans to spend up to $300 million to house the more than 6,000 migrants who’ve arrived in the Big Apple courtesy of Texas Gov. Greg Abbott over the next year. Poor Texas border towns, meanwhile, routinely see more than 7,000 new migrant arrivals on a daily basis.

The 50 new arrivals on Martha’s Vineyard, however, are now being deported to the Joint Base Cape Cod located on the mainland.

……As of yesterday morning, that island was 89% White, monochromatic and utterly homogenous. Nearly everybody there was a rich Democrat. 80% voted for Joe Biden. The median home price was over $1,000,000. And then in a single blessed moment, everything changed. Relief arrived for an unlikely source.

Governor Ron DeSantis of Florida, having made his own state a paradise, decided to help other states desperately in need. So yesterday, the center sent 50 illegal aliens, most of them from Venezuela, to the Martha’s Vineyard Airport. They traveled from San Antonio to the Florida Panhandle and filing to their new home on Martha’s Vineyard. CBS Boston reports that after landing, the group wandered about three and a half miles from the airport into town, thereby instantly improving it. You can imagine the unrestrained jubilation on Martha’s Vineyard tonight, long-suffering islanders finally rescued from their own oppressive Whiteness. In fact, let’s go there now to check in on the celebrations.

Well, that’s not expected. Obviously, there has been a mistake. No, our producers are telling us there are no technical problems. That is, in fact, a live shot from Martha’s Vineyard, Massachusetts, right now, but where were the weeping, joyful crowds? Where was the champagne and the ticker tape? We expected Times Square and V-J Day. What we got was a cemetery at midnight. What? But maybe it’s not so confusing. Maybe things aren’t as they seem. Our first clue is Barack Obama. Barack Obama is a part-time resident of Martha’s Vineyard. Obama is also, of course, as you know, the country’s greatest proponent of diversity. For years, Obama earnestly told us that immigrants were better than Americans. They were holy. They make our country strong.

……a planeload of highly diverse immigrants arrived on Martha’s Vineyard to join the Obamas, but the Obamas didn’t welcome them. There was not a word from Barack or Michelle Obama. Barack wasn’t waiting at the airport to greet the diversifiers with flowers. He didn’t issue a statement of congratulations. He didn’t invite a single Venezuelan to his home. How come?

……When penniless illegal aliens show up in Brownsville, Texas, one of the poorest cities in the United States, they are noble strivers. They’re looking for a better life in this country, and we applaud them. “Good luck in Brownsville, newly arrived immigrants,” but when these very same people jump the moat and get a free flight to Martha’s Vineyard, it’s something else entirely. It is, as the state rep just told you, “playing political games with people’s lives” because it’s dangerous. These immigrants could wander into a clambake by accident or worse, much worse.

……People who make and advocate for certain policies should at some point have to live with those policies, but until now, they haven’t had to. Bill Gates goes to Martha’s Vineyard. So does Oprah, James Taylor, Spike Lee, Amy Schumer, and many more and all of them. Every one is a much better person than you are because they support diversity and now for the first time, they’re going to have some diversity.

But it’s just the beginning. Martha’s Vineyard will need many, many more illegal aliens, tens of thousands more, until the island is no longer majority White. Only then can it be a good place. Yet, at the same time, the people who currently go to Martha’s Vineyard are going to have to keep going there. They can’t run away to somewhere else. That would be immoral. It would be, as Michelle Obama has told us, “White flight.” Now massive demographic change will obviously make Martha’s Vineyard a very different sort of place, but that’s okay. Change is good. Anyone who fears change is racist. We know that for sure because they told us that for years.

……No sane country would allow millions of foreign nationals to walk across its borders illegally and then immediately give them government benefits in exchange for mocking our rule of law. No one would ever do that. It is suicide. Over time, it will destroy the United States. Everyone can see that, no matter what they say, but the people who vacation on Martha’s Vineyard don’t care. They are making this possible. They support it. They vote for it. They fund it, and they can do all of that because they are so insulated from the effects of Joe Biden’s lunatic immigration policies that none of it matters to them. The country collapses? Big deal. They live on an island. but to the rest of us, it is a big deal. This is our country. We were born here. We planned to die here. We have nowhere else to go, and we don’t want to live in a slum. Maybe Martha’s Vineyard will finally understand.

When you inflict certain policies on the country, you should have to live with the consequences. Until now, all the privileged white lib hypocrites on Martha’s Vineyard and other exclusive communities, have been insulated from the results of the insane open border policy.

Now they will start getting the diversity they preach.

Virtue signaling is a political stunt owned by libs. 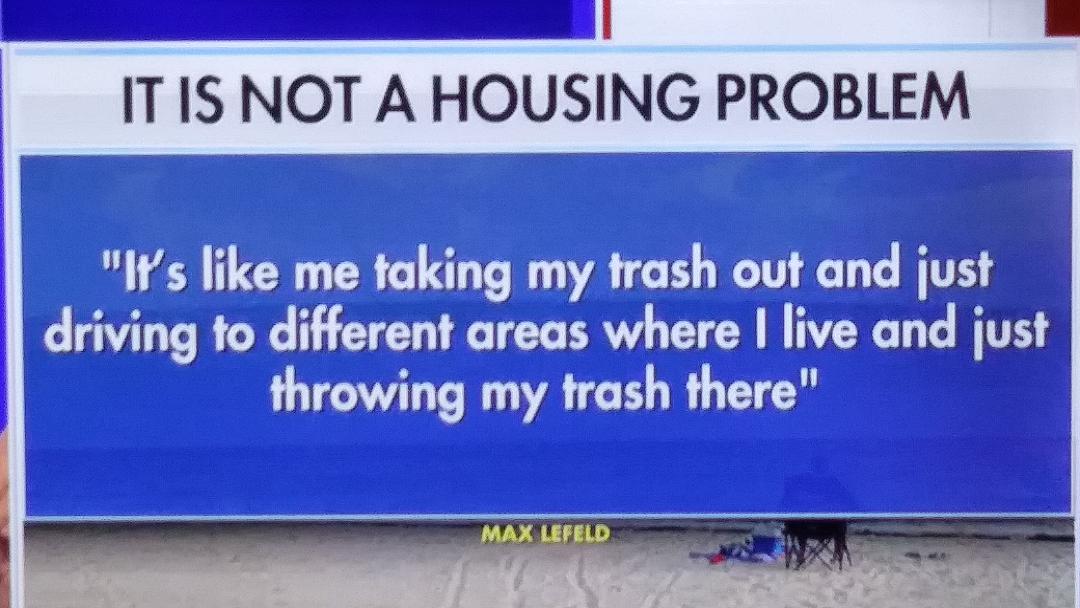 They welcome everyone…..except when it forces them to live up to their own standards. Hoity-toity affluent liberals get pretty miffed when their manicured communities are invaded by illegals. They had no problem with Biden sneaking them into the country on secret flights in the middle of the night, as long as they didn’t end up in their neighborhoods. Border states, which bear the brunt of thousands of illegals every year, are expected to suck it up.  The vineyard libs declared a “humanitarian crisis” over a mere 50 illegals.

Send them to every single wealthy liberal enclave in the country. The next stop should be Biden’s summer residence in Rehoboth Beach and his 6,850-square-foot mansion in Greenville, Delaware.

Looks like the vineyard libs took their hypocrisy to another level. They raised money on GoFundMe for the newly-arrived illegals, but it went to a ‘non profit’ instead.

Article IV, Section 4 of the Constitution: “The United States shall guarantee to every State in this Union a Republican Form of Government, and shall protect each of them against Invasion.”