This is funny as hell.

The little poof got all dressed up in his back yard and posed like he was military. MSNBC crackpot Malcolm Nance is well known for his disgusting attacks on Trump and being completely ridiculous on most anything.  The nutbag is also very hateful.

On Monday night this MSNBC dandy turned up on the screen in military garb.  Nance told the MSNBC audience he is fighting Russians with his brothers and sisters in Ukraine.

Malcolm is going to kick Russian ass in Ukraine. He could have at least brought Alex Vindman with him.

The internet was not kind. 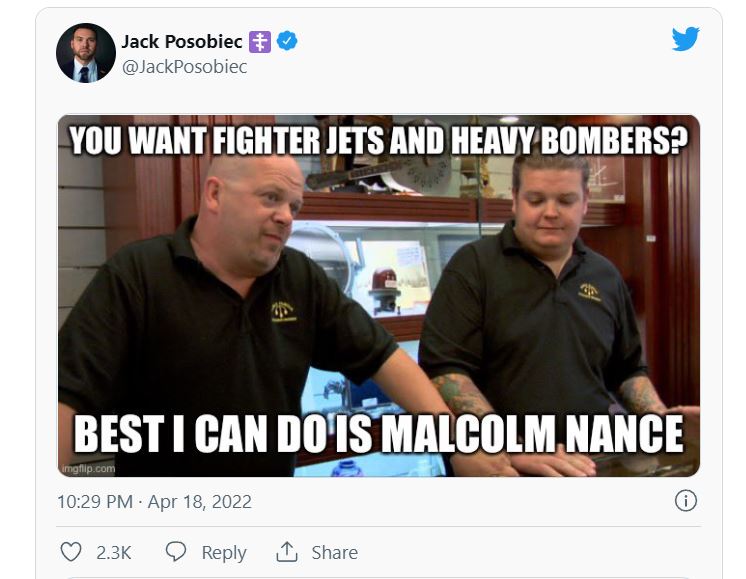 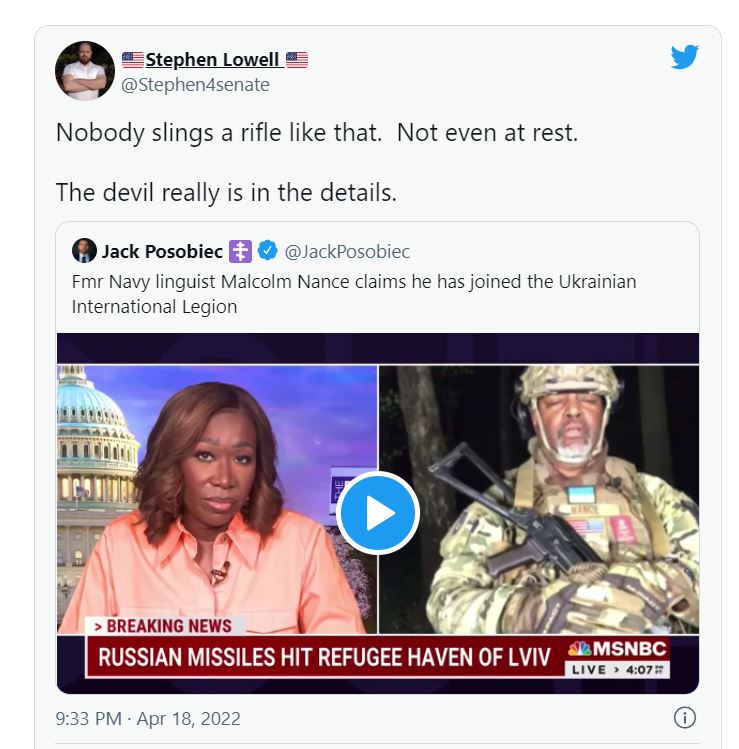 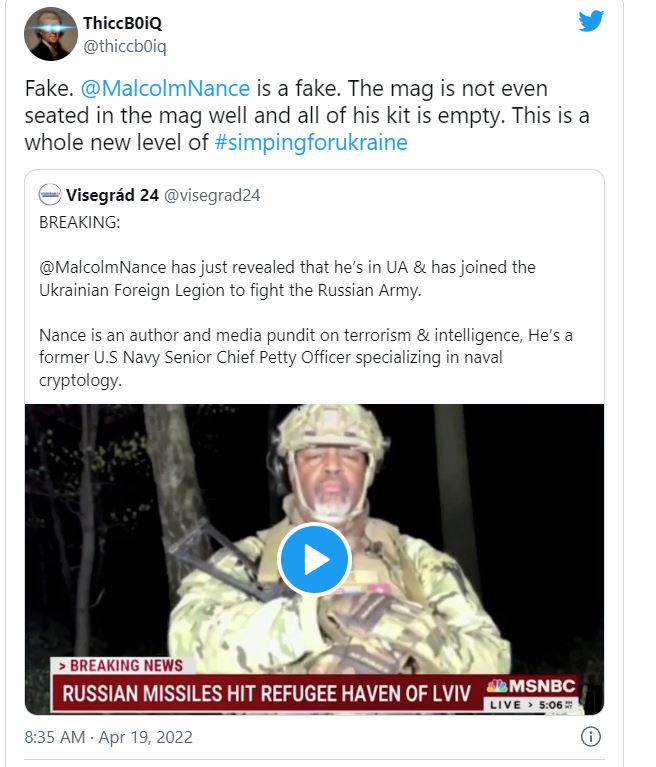 ……Rejecting the notion that the Obama administration was deliberately, for political reasons, misrepresenting the facts of the Benghazi attacks, Nance in October 2015 condemned “the torrent of B.S., innuendo, and outright crazy conspiracy theories that have sprung up from the Benghazi incident.”

……In 2011, Nance said that the Muslim Brotherhood in recent times had “become a much more benign organization despite their history.”

According to a February 2017 report in the Philadelphia Enquirer, Nance agreed with the assertion by Robert McCraw — director of government affairs for the Hamas-linked Council on American-Islamic Relations (CAIR) — that the Trump administration’s plan to designate the Muslim Brotherhood as a terrorist group was evidence that “[anti-] Islamic hate groups and their congressional allies are seeking to create a new era of witch hunts and religious McCarthyism where being an American Muslim and political detractor is enough to disqualify you from civic participation.” “These guys [in the Trump administration] think they are about to have a clash of civilizations,” Nance added. “… They intend to take on the world of Islam…. They want to upset all of the global order.”

……Nance, for his part, was highly supportive of the (Iran nuke) accord, writing in April 2015 that Iran was eager to negotiate peace with its adversaries and to focus upon strengthening its own economy, rather than on waging jihad against the United States and Israel. Thus he counseled: “Conclude the Iran Nuclear Weapons Deal: Iran wants BMWs, Red Bull, and Gucci. There are no military options for Iran. Attack them and they will destroy the Gulf States oil industries, rain hundreds of missiles onto Israel, close the Arabian Gulf, and shoot oil prices to $300 per barrel, which could cause our own economic downfall.

I call bullshit too. The closest he’ll get to Ukraine is watching the edited propaganda on his network.