7 months ago he was diagnosed with lung cancer. RIP. 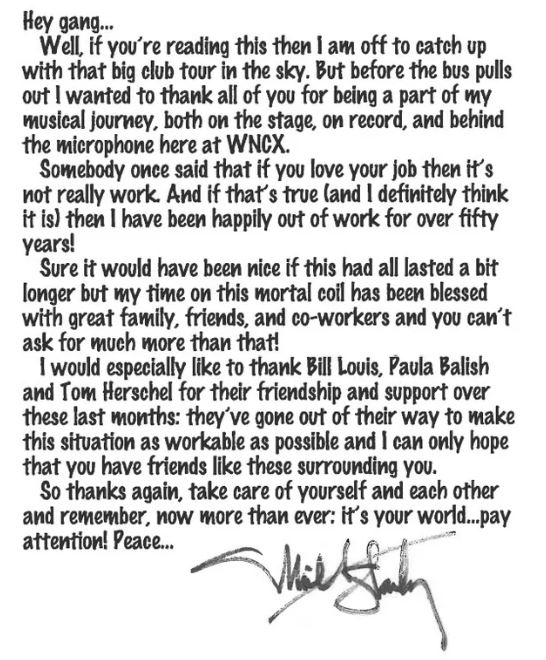 Michael Stanley is leaving a giant hole in the hearts of many Cleveland fans after passing away Friday night at the age of 72.

Plenty of area fans took to social media Saturday following the news of the musician and DJ’s passing, offering up words of hope, solace and remembrance.

The Rock & Roll Hall of Fame released the following statement to FOX 8 regarding Stanley’s passing:

Cleveland native son Michael Stanley was our city’s most beloved musician, songwriter and rocker. His heartland music resonated with legions of listeners, and his concerts set attendance records and took on mythic proportions. Even more importantly, Michael’s songs spoke to our hearts. As fans we adored and revered him, and in return he loved us right back. The energy of his music and its ability to bring people together helped to make Cleveland the Rock and Roll Capital of the World, and it galvanized the community to rally together and make our city the home of the Rock & Roll Hall of Fame. We will miss Michael dearly.