The New York Times had some explaining to do after their international edition ran a horribly offensive antisemitic cartoon: 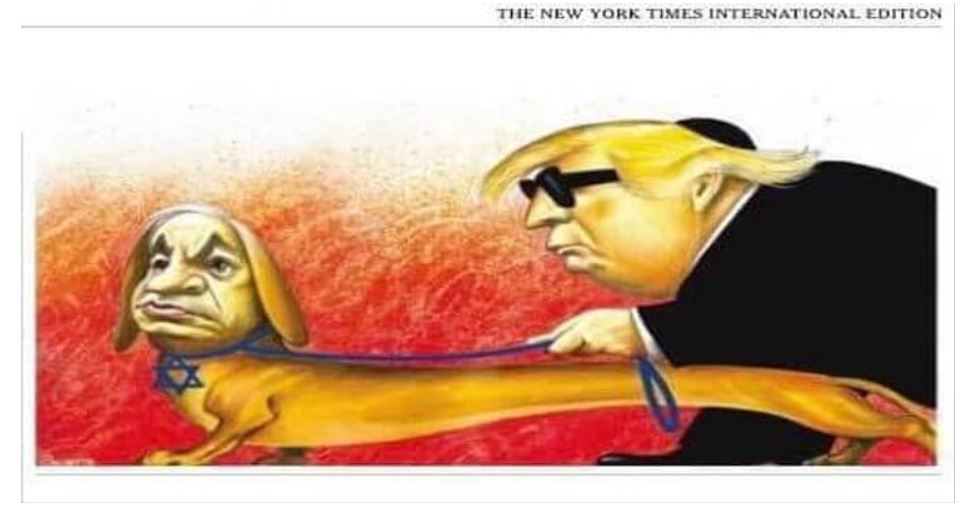 Somebody obviously didn’t see that cartoon as being too offensive to publish in their paper.

The NYT lame attempt at retraction: 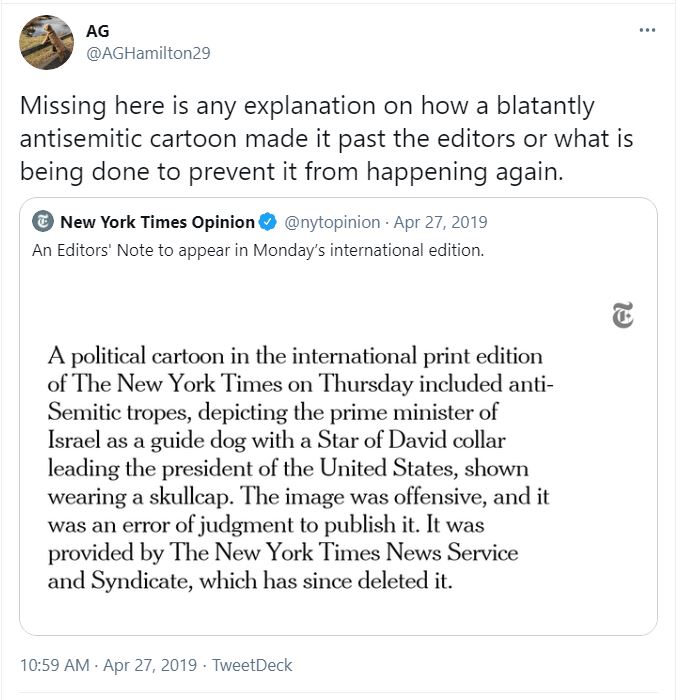 Ilhan Omar has expressed abject hatred for Israel and holds fundraisers for terrorist facilitators.  She took her oath of office on a Quran , has friends who joined the Somali terror group al-Shabab, she’s a bigamist who married her own brother for immigration fraud, and served as an Advisory Board member for the Minnesota branch of the terrorist-connected CAIR.

They also adore Rashida Tlaib, a rabid anti-Semite who ‘feels more Palestinian’ than American‘ and wants Israel wiped off the map.

Imagine the shitstorm if they ever printed an accurate cartoon about Islam.

The Left shields and defends Islam because they have a lot in common.

The media serves as a mouthpiece and propaganda wing for the entire radical muzzie population. This is why they never level criticism, no matter how much carnage they inflict.

It’s hard to stomach the motivations and groupthink of media outlets like the NYT; what it is that compels them to launch a public relations campaign for the benefit of a violent ideological theocracy hellbent on killing all the ‘infidels’.

Omar and Tlaib are just two of the Dem excrement who represent the animals who attacked this country on 9/11 and are trying to finish the job.

After eight years of Barky’s despicable treatment of Israel, we have a President that recognizes the importance of maintaining relations with America’s only democratic ally in the Middle East.

But the assclowns at the NYT prefer to pander to the muzzie animals who would bend them over and let them have it with Sharia Law instead of defending democracy.