Americans are fed up. Glad to see this happening in California as well.

Dozens of people gathered in Southern California for a late-night “Curfew Breakers” protest against the new curfew imposed to help prevent the spread of COVID-19, video shows.

“I’d like to see curfews go away. “I don’t really agree with it. I think there are too many restrictions, as is,” one attendee told news station CBS LA.

“Obviously, a lot of people don’t agree with what our governor and city officials are doing, but I’d prefer to see something done a little bit different but curfews are just a little too far.”

The curfew from 10 p.m. to 5 a.m. prevents Californians from leaving their homes in 41 of the state’s 58 counties.

Under the restrictions, people are only allowed to leave if they are responding to an emergency, shopping for groceries, picking up takeout or walking their dogs.

Saturday’s demonstration had been billed as a “Curfew Breakers” protest that invited people to join a “clear act of defiance against [California Gov. Gavin] Newsom’s stay-at-home order,” Fox News reported.

Another protester said they believe the new restriction would do little to stop new cases from climbing in the state.

“I think we’ve tried lots of tools throughout the past nine months and none have really worked, if you will,” the demonstrator told the outlet.

“This one is certainly less restrictive than the other ones, which leads me to believe that it’s probably not going to do much.”

The anti-lockdown protests are getting bigger and louder. New York City is the sight today of a large rally to end the lockdowns because the cure can’t be worse than the virus.

New York City is dying with the lockdown of schools and small businesses. Restaurants, bars and small shops that were once thriving are closing because they cannot survive the extended lockdown.

Angry New Yorkers took to the streets today to protest the extended shuttering of the city: 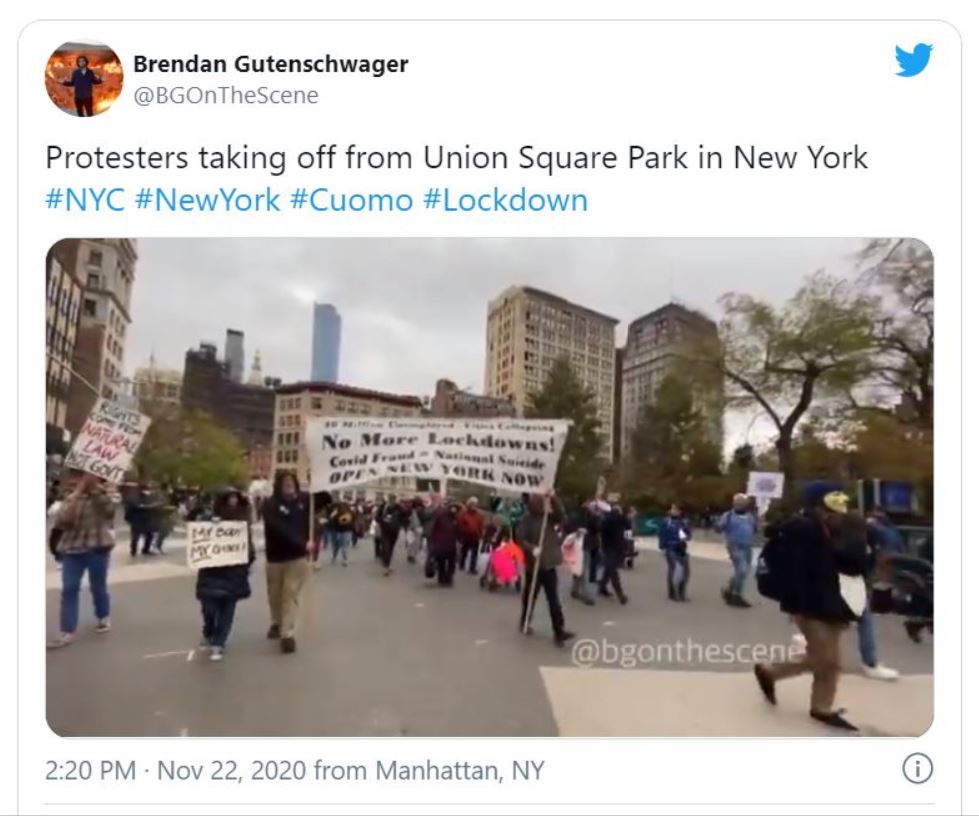 They also marched down to Washington Square Park where they burned their masks: 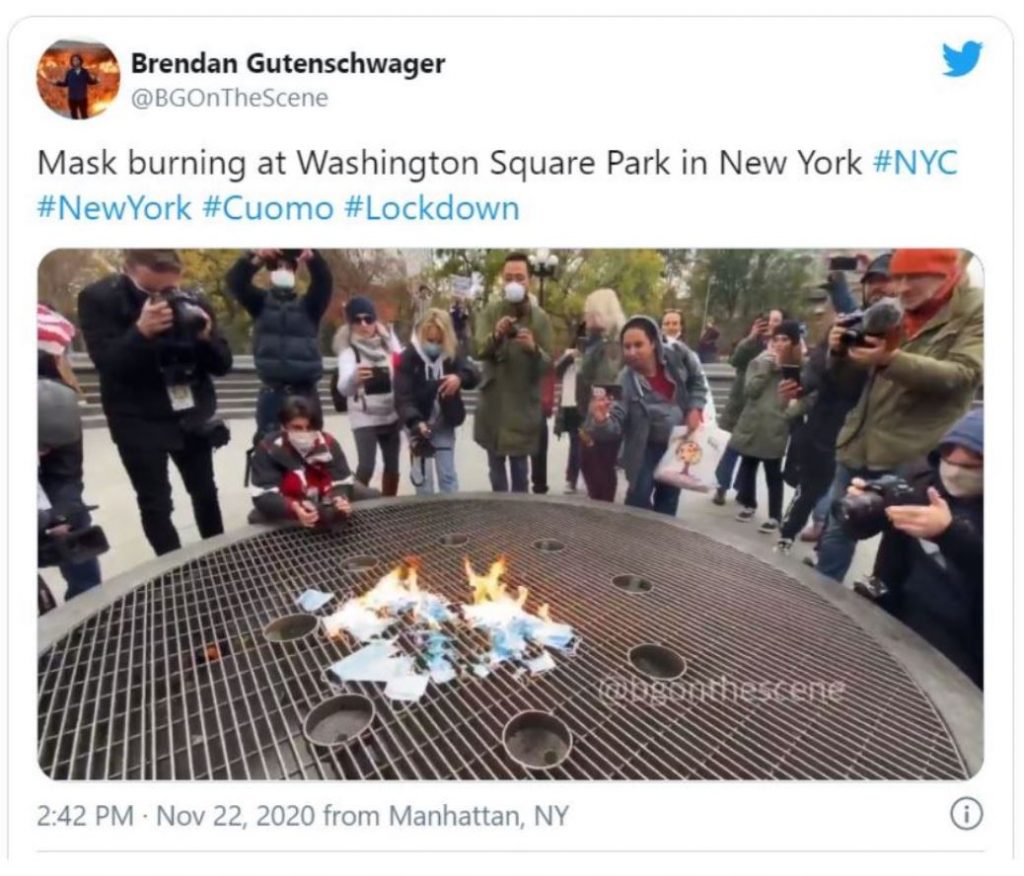