But they’re liberals, so it’s okay.

Michael Buchanan, who goes by the stage name ‘House Shoes,’ is a Detroit-born hip hop producer and DJ working and living in Los Angeles who made a series of terrorist threats from his bluecheck, verified Twitter account over the weekend.
Buchanan, 45, took to his Twitter account this weekend and called for the Covington Catholic children to be burned alive: “LOCK THE KIDS IN THE SCHOOL AND BURN THAT BITCH TO THE GROUND.”

Buchanan also called for mass shootings of Trump supporters in a series of tweets: “If you are a true fan of Shoes I want you to fired on any of these red hat bitches when you see them. On sight.”

Screenshots of Mr. Buchanan’s tweets in case of deletion: 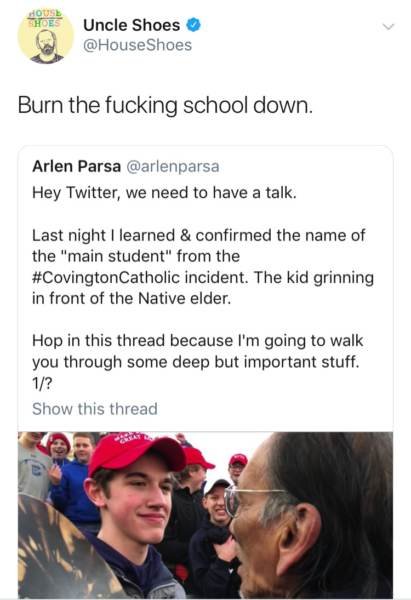 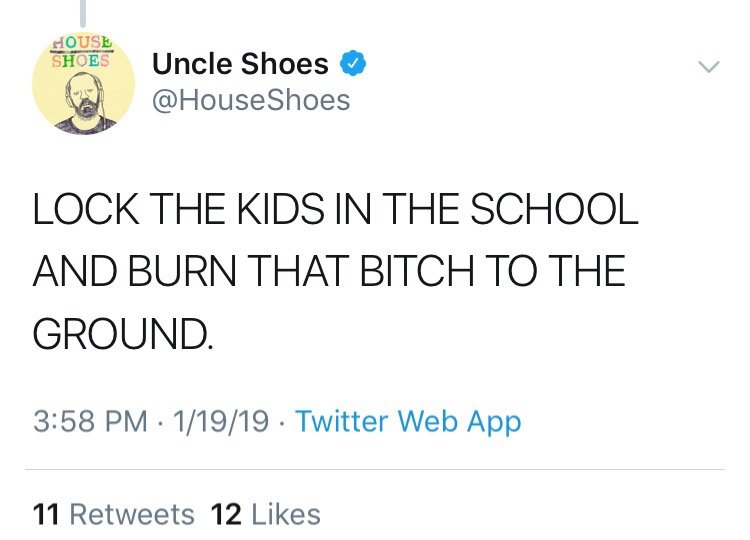 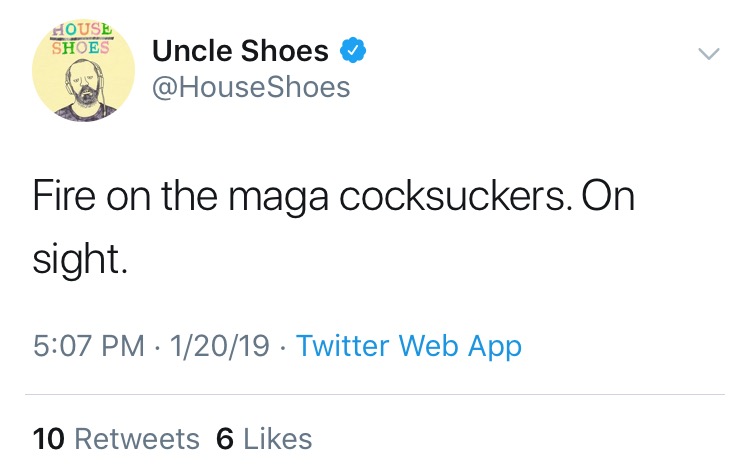 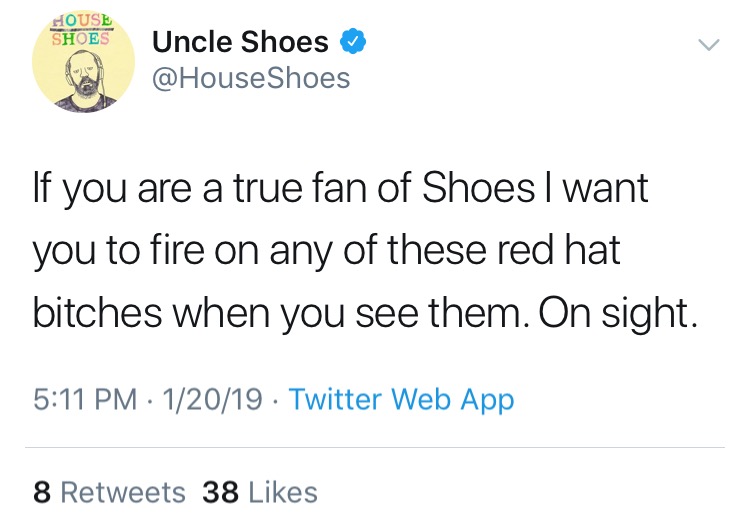 The Los Angeles Police Department and the FBI were flooded with phone calls and emails from people reporting Buchanan’s terroristic threats.

Mike Cernovich confirmed the LAPD is investigating the death and arson threats Mr. Buchanan made against young children.

I can confirm the LAPD is investigating the death and arson threats @HouseShoes made against young children. Please do not contact law forcement again as they are aware.

We may have stopped a school shooting by this psychopath.

Also I will be filing report with FBI. pic.twitter.com/Czdi3CPjao

“Thank you for your recent report. We have reviewed your report carefully and found that there was no violation of the Twitter Rules against abusive behavior,” Twitter said in responses to reports against the ‘House Shoes’ account. 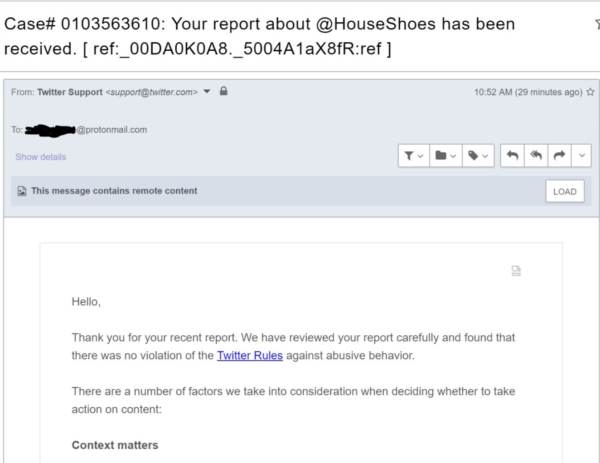 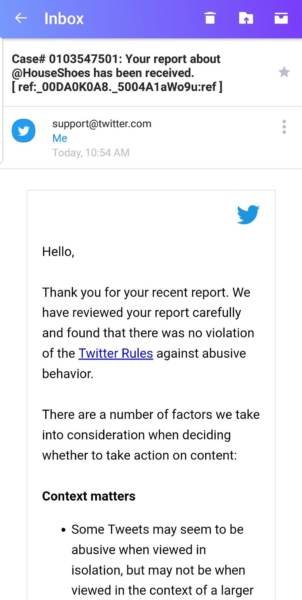 Twitter is allowing verified, blue checkmark accounts to call for the murder, targeted harassment and violent assault of these minor high school children.

Twitter took no action against Jack Morrissey, a Hollywood Producer who took to his Twitter account and called for the Catholic teens to be murdered in a violent, gruesome manner by being thrown into a woodchipper.

Failed actor and ‘comedian’ Ben Hoffman, who goes by the stage name ‘Wheeler Walker Jr.,’ called for violent sexual crimes to be committed against the minor teens and even offered a reward to whoever can stalk and find the minor child and “punch him in the nuts.” 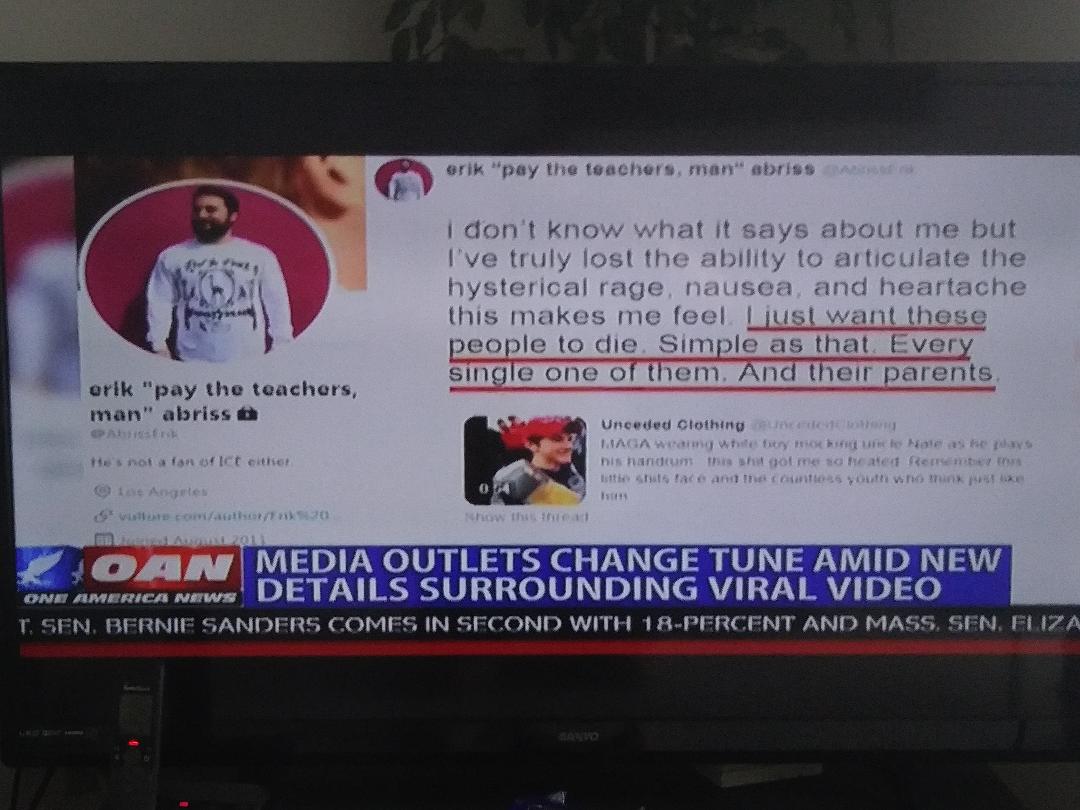 Peter Fonda spewed this shit and still has his account:

I can hardly wait to see Buchanan’s shit fit over a visit from the LAPD.