In the context of the latest in a series of Capitol Hill confrontations between U.S. Sen. Rand Paul (R-Ky.) and Dr. Anthony Fauci, Fox News host Tucker Carlson repeatedly denounced the director of the National Institute of Allergy and Infectious Diseases as a “filthy little demagogue.”

Carlson was reacting to the news that Fauci, whom he claimed was “even more loathsome and complicit” that his critics contend, allegedly received a warning early in the pandemic that COVID-19 likely leaked from the lab in Wuhan, China, the same facility that allegedly received funding from a Fauci agency for gain-of-function research.

The “Tucker Carlson Tonight” host played a sound bite from the U.S. Senate hearing in which Fauci tried to deflect by dismissing Sen. Paul’s line of questioning as irrelevant personal attacks.

“He’s such a filthy little demagogue,” Carlson declared on the Tuesday evening edition of his top-rated show. “Filthy little demagogue. Doesn’t answer the question; makes it all about him, solipsist that he is, and then he whips around and accuses Rand Paul of endangering his life.

“Fauci held up a page from Rand Paul’s website that read ‘Fire Tony Fauci.’ Now, Fauci is the highest-paid federal employee and one of the longest-serving. He works for us, so we have a right to not want him to work for us anymore; that’s called democracy. But according to Fauci, that’s illegitimate. He blamed Paul’s webpage for alleged threats of violence against him.

“In other words,’ if you criticize me, you’re trying to get me killed’. This is how they are, liberals, passive-aggressive. Feline, not canine. Meanwhile, Fauci refused to take any responsibility for the lockdowns that he supported that wrecked the country in a lot of ways,” Carlson said.

When it comes to threats of violence, Rand Paul was physically attacked by a leftwing nut, lost part of a lung because of it, and has been threatened repeatedly.  Fauci crumbles at any criticism and throws tantrums because sane people see right through his junk ‘science’.

Anthony Fauci’s NIH spent thousands of dollars on Frankenstein operations, grafting scalps from aborted fetuses on rats and mice and conducting cruel experiments on dogs, monkeys, and children.  He and HHS officials discussed how to enforce vaccines by exploiting viruses from China.  Motivated by power and greed, Fauci funded the lab in Wuhan China that genetically modified covid, and lied about it.

This is how he communicated with a colleague over the reaction to the discovery of the Wuhan lab origin: 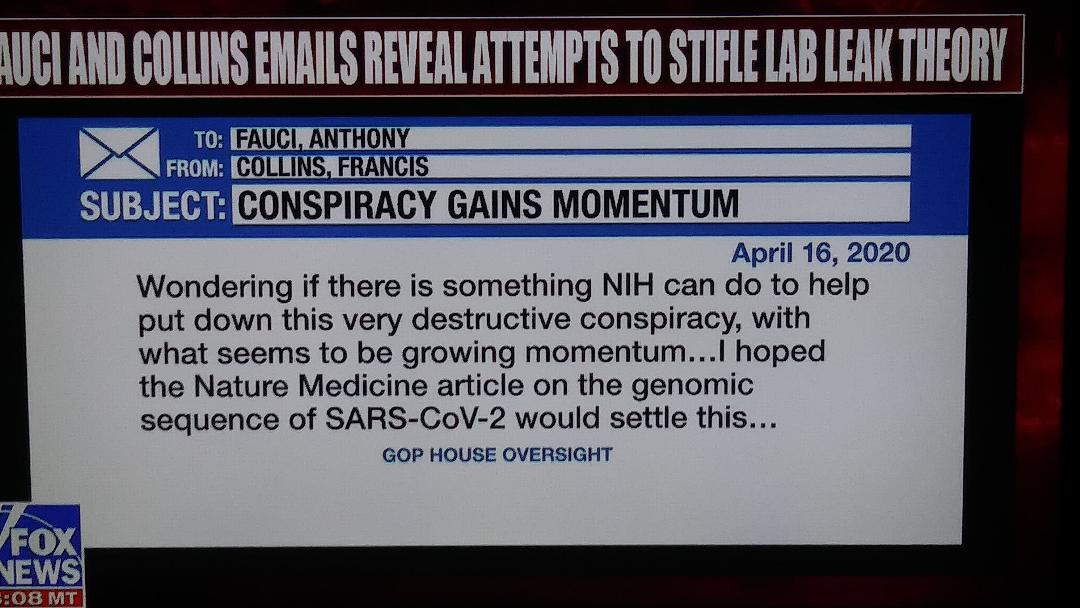 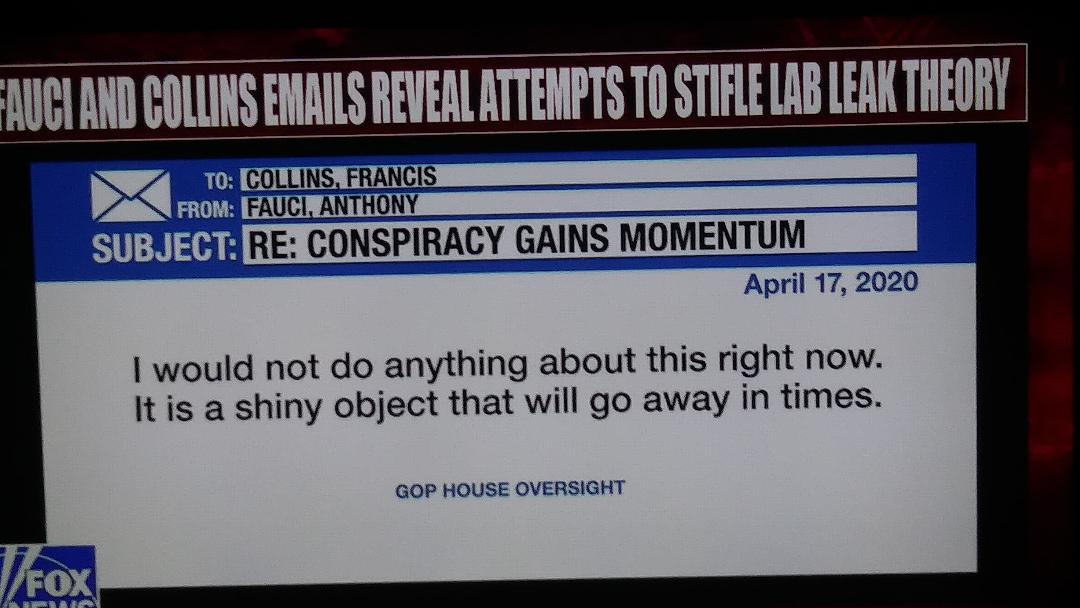 Question the narrative and get labeled with “conspiracy”.

……Separately, “The Five’ co-host Dagen McDowell did not spare Fauci — an official who seemingly spends most of his time on TV rather than looking through a microscope, studying data, or examining actual patients — either.

“Fauci deserves every harsh word that he gets. And I’m surprised you don’t get four letters, because this has been two years of pure hackery, and moronery, and misinformation,” she said, in part, on Tuesday’s episode.

Rand Paul was on fire:

Not only should Fauci be fired, he should be charged with crimes involving his Frankenstein experiments at the National Institute of Health as well as perjury.  He’s a filthy demagogue and a perverted quack.