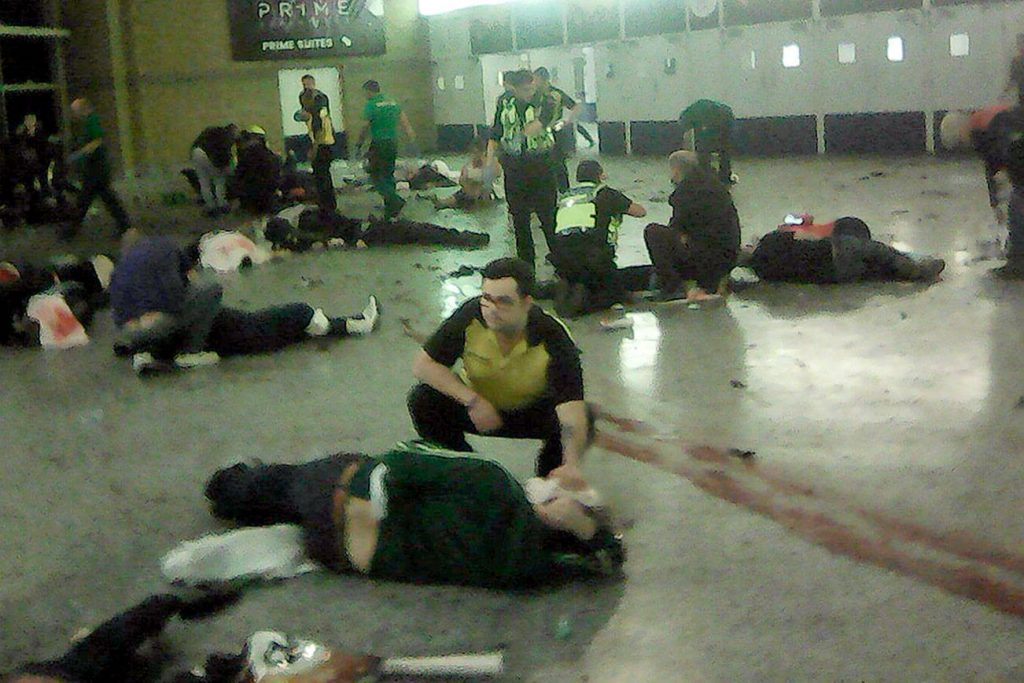 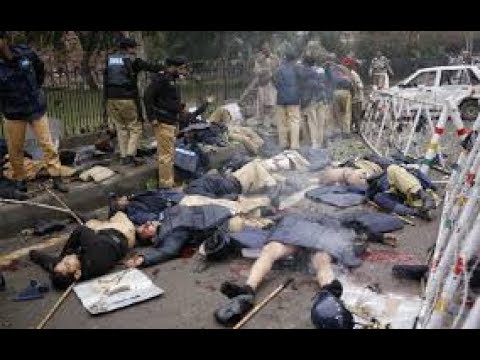 An explosion at an Ariana Grande concert in Manchester, England Monday caused a “number of confirmed fatalities,” said police, who later added that they were treating it as a “possible terrorist incident.”

British Transport Police said an explosion occurred in the foyer of Manchester Arena at 10:30 p.m., around the time the concert finished. Others reported hearing two blasts, a discrepancy that could not immediately be reconciled. The cause of the blasts was not immediately confirmed, but bomb disposal units were reportedly at the scene.

Spokesman Joseph Carozza said Grande, who was performing at the arena as part of her “Dangerous Woman” world tour, was “okay” and added, “we are further investigating what happened.”

Witnesses described panic as concertgoers rushed to get out of the arena. Video from inside the arena showed people screaming as they made their way out amid a sea of pink balloons. Some on social media initially suggested that some of the balloons had burst, making a loud noise like a bomb.

Concertgoer Sasina Akhtar told the Manchester Evening News that Grande had just finished her last song when “there was an explosion behind us at the back of the arena. We saw young girls with blood on them, everyone was screaming and people were running. There was lots of smoke.”

Just two years ago, Grande was caught on video in a donut shop saying,  “What the fuck is that?”, as a fresh tray of donuts is placed on the counter. “I hate Americans. I hate America.”  Well, maybe she can add muzzies to the list of people she hates.

The rise of Islamic terrorism on the European continent started the day they put out the welcome mat for Haji invaders.

Muzzie animals commit massacres across Germany and have engaged in multiple terrorist attacks in France and Belgium, starting with Charlie Hebdo in January, 2015.  The number of attacks across Europe by muzzie pigs since 9/11, is growing by leaps and bounds. Instead of preventing these muzzie monsters from entering their region and deporting the rest, they prefer to become eunuchs for the New Caliphate.

Evidently, they haven’t had enough carnage.

And like clockwork, the leftards immediately posted their vulgar bullshit on Twitter before the bodies were even cold.  Some asswipe named David Leavitt  who claims to be a ‘freelance writer’ for ‘CBS, AXS, Yahoo!, Examiner, & etc’,  thought this would be amusing:

The shitbag has a different take when muzzies get a taste of their own medicine:

There were over a dozen Islamic terrorist attacks in America on Obama’s watch, and I’m betting the asshole didn’t have any concern for the victims.

More douchebaggery by the Left:

Onision, whose real name is Greg Jackson, hosts a forum where young teenage girls post pictures of themselves in their underwear to be rated by him.

A pervert who ogles teens in underwear and rates them, crawls out of the woodwork to spread his rancid bullshit in the aftermath of another muslim attack.  Too bad his mother didn’t swallow.

1 thought on “Terrorist Bombing at Concert in Manchester England”