This is fucking insane. Whoever thought this shit was a good idea should be relieved of duty. 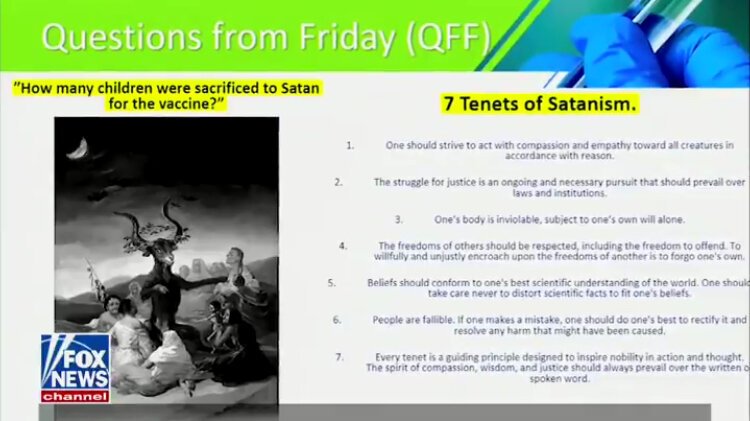 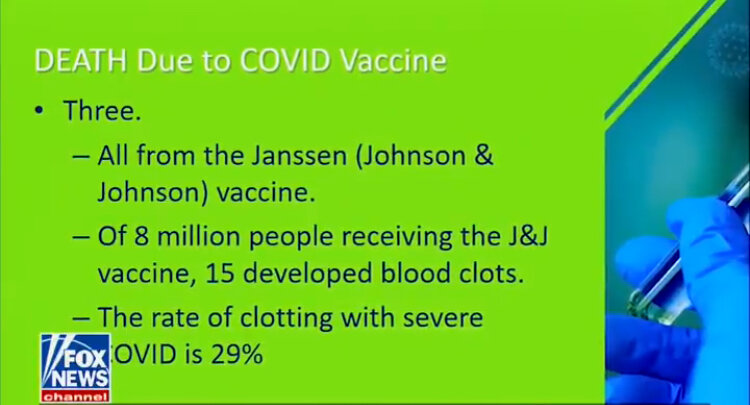 ……This show has just obtained a PowerPoint that the Army is using to justify mandatory vaccines to the troops. This is an actual slide from it on your screen.

You will notice there the sympathetic portrayal of Satanism. How many children were sacrificed to Satan because of the vaccine? The slide reads, apparently sarcastically. Then the presentation proceeds to list the so- called tenets of Satanism which are taken straight from the Temple of Satanism website.

So here you have the United States Army doing PR for Satanism.

The rest of the presentation is less shocking than that, but it’s utterly shoddy and dishonest. For example, it falsely claims that only three people have died from taking the COVID vaccine. Reports collected by the Biden administration itself indicate that number is actually in the thousands.

So we called the Army about this today and they conceded that the PowerPoint you just saw is absolutely real. Troops saw it. But it was somehow not approved by Army leadership, they did not explain how that works or what they’re going to do about it.

We do know the vaccine mandate is taking a terrible toll on the U.S. military and on this country’s ability to defend itself at a very volatile time in the world. Already, three members of the C.I.A. paramilitary teams that first entered Afghanistan after 9/11, remember them? They got there before the military.

Three members of that team have been suspended for not getting vaccinated. They’re being told to await disciplinary proceedings.

Meanwhile, an Army officer, Lieutenant Colonel Paul Douglas Hague just announced that he is resigning from the military rather than take medicine that he does not want or need.

In a statement Hague said he was quote: “Incapable of subjecting myself to the unlawful, unethical, immoral, and tyrannical order to sit still and allow the serum to be injected into my flesh against my will and better judgment,” end quote.

There are many like him in the U.S. military.

The Navy just informed the most famous unit in the entire services, the Navy SEALs that members will be forced to leave if they don’t take the shot. It does not matter if they have natural immunity and many do. It doesn’t matter if they have a valid religious or medical exemption.

……Many of them have had the virus, they live in close quarters and they’ve recovered. That means they have more natural immunity than the vaccine could ever provide, and yet, as of tonight, we’re hearing that hundreds of Navy SEALs face being fired imminently for refusing to take the shot.

Now keep in mind, there are only about 2,500-ish active duty Navy SEALs. Each one of them costs at least a half a million dollars for the U.S. government to train, so imagine the effect on our country’s military readiness of this.

It’s horrifying. If you love the country, you would not do this. You would also not disable our hospitals by forcing nurses to resign because they don’t want to take the shot.

BTW, This is from the CDC-Linked VAERS Tracking Website:

There are more US deaths related to vaccines in 2021 in less than 5 months than there were the entire past decade.

The number of deaths linked to vaccines this year has absolutely skyrocketed. According to the CDC’s own data, in 2021 n the first 3 months, the VAERS website recorded over 1,750 deaths due to vaccines in the US.

“The Vaccine Adverse Event Reporting System (VAERS) database contains information on unverified reports of adverse events (illnesses, health problems and/or symptoms) following immunization with US-licensed vaccines. Reports are accepted from anyone and can be submitted electronically at www.vaers.hhs.gov.”

There were huge increases over last week. Deaths from the vaccine went up by an additional 700 in a week.

Good service members are choosing to resign or get out rather than submit to the government-forced vax.

Lt. Col. Paul Douglas Hague said in a resignation letter that he was resigning from his 19-year career primarily because of the Pentagon requirement that all US military members be jabbed…..Hague, who is stationed at Fort Bragg in North Carolina, reportedly wrote in his letter: “First, and foremost, I am incapable of subjecting myself to the unlawful, unethical, immoral and tyrannical order to sit still and allow a serum to be injected into my flesh against my will and better judgment.”

……Marine Lt. Col. Stuart Scheller was relieved of his command last month after publicly calling out senior leaders and walked away from a $2 million pension after 17 years of service.

Scheller posted a video that went viral on Facebook in which he ripped into military leadership following the devastating suicide bombing at Kabul airport. 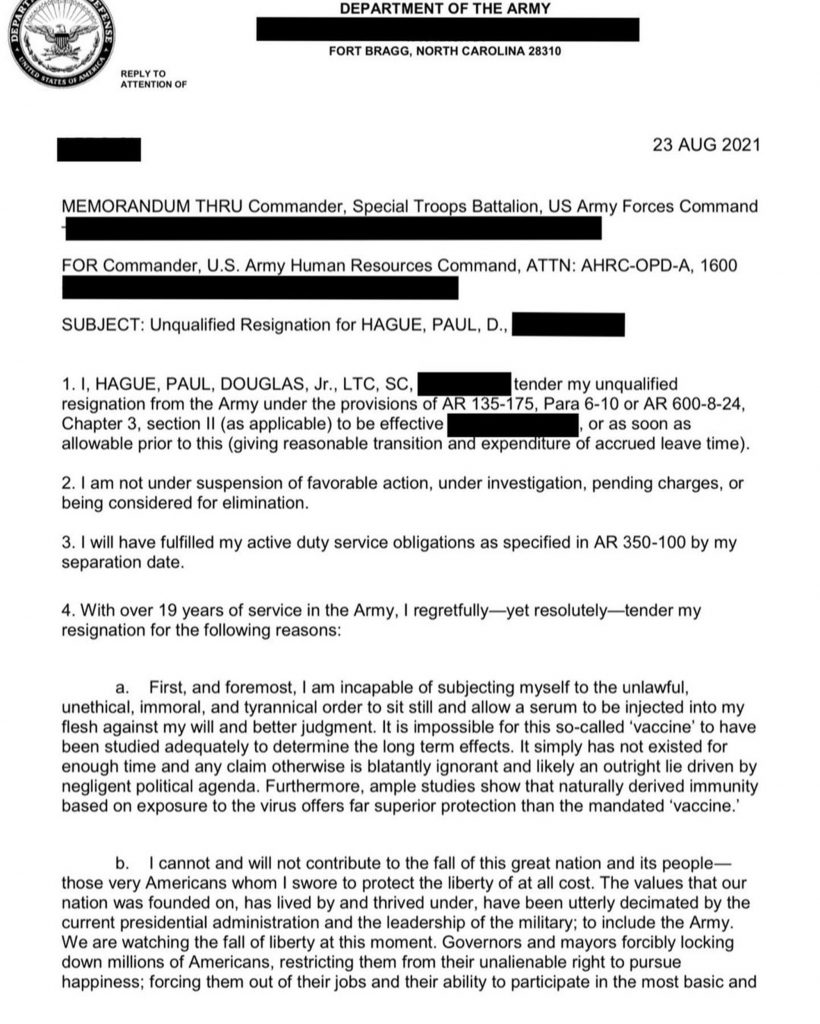 ……Rep. Thomas Massie (R-KY) said he’d been contacted by members of the U.S. military who said they would leave military service if forced to take COVID-19 coronavirus vaccines. Massie’s comment came after a leaked Army document said vaccines could be mandatory this September.

Massie tweeted, “I’ve been contacted by members of our voluntary military who say they will quit if the COVID vaccine is mandated. I introduced HR 3860 to prohibit any mandatory requirement that a member of the Armed Forces receive a vaccination against COVID-19. It now has 24 sponsors.”

……A 2004 court injunction halted the military’s mandatory Anthrax vaccination program and declared the previous six years of vaccine administration to be illegal, however many judges refused to grant veterans’ requests for appeals that cited the 2004 injunction.

Between the unconstitutional vax tyranny and the “woke” bullshit infecting the military, the armed forces will soon be depleted of anyone capable or willing to fight.  The Biden regime and the current crop of proglodytes in the pentagon are hellbent on pushing an agenda that turns the military into mush.

Meanwhile,  the ChiComs and Russia are becoming a looming threat to the West.