UPDATE: What would another Trump victory be without the Hollywood effete throwing tantrums? Read their rants at the link. They’re as laughable as they are hypocritical.

Another desperate pathetic attack, another fail.

On Saturday, the Senate voted to acquit 45th President Donald J. Trump for the second time. The Senate needed two-thirds or 67 votes to convict President Trump, but the trial resulted in 57 guilty votes and 43 not guilty votes. 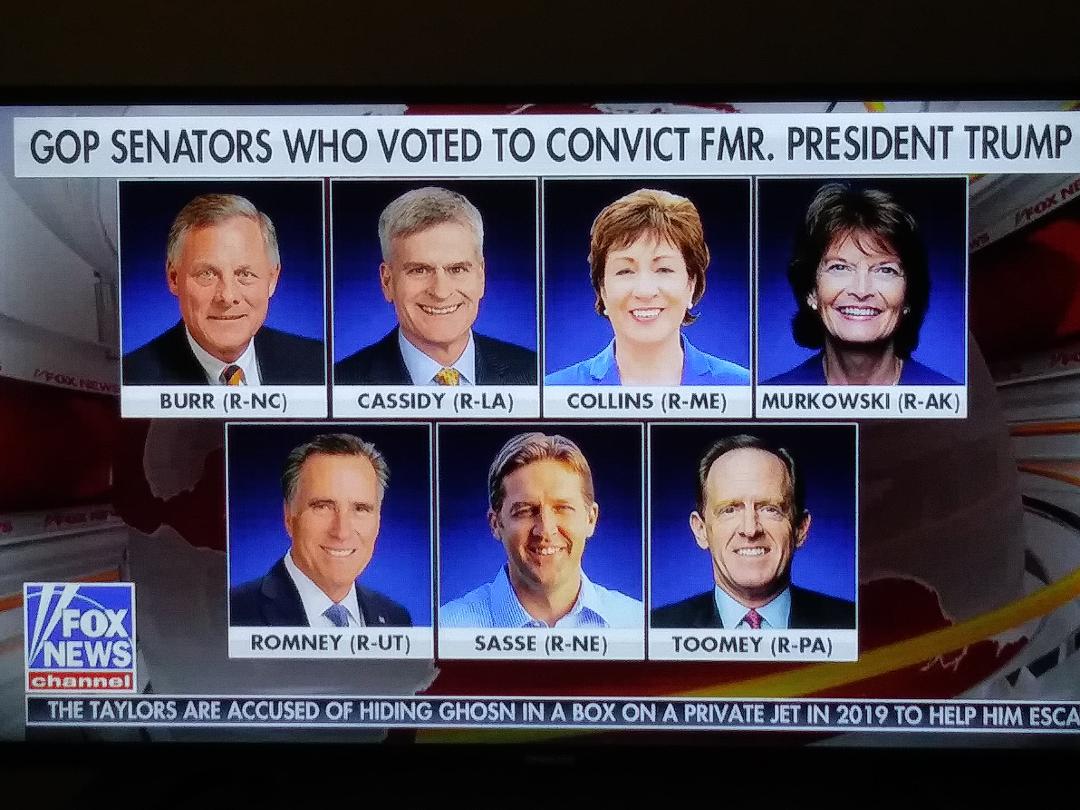 McConnell showed his spineless disgraceful bullshit once again by trying to blame President Trump for the Capitol breach.

The rampaging Antifa and BLM thugs have killed at least 30 people and injured hundreds so far. They’ve done almost $2 billion worth of damage to the cities they burned, vandalized, and looted.  Thousands of patriots peacefully protested and relatively few (including some Antifa infiltrators) gained access to the Hallowed Halls of Corruption, but he gets his panties in a wad.

After the vote, Pelosi had seizures:

She seemed furious about the result of the impeachment trials. She slapped on the table several times and criticized the senators who voted against the conviction as a “cowardly group of Republicans.”

I’m furious that the vindictive Dem party wasted millions of tax dollars on their hate campaign against President Trump. I’m also pretty furious that the corrupt members of Congress, Dems in particular, have never been held accountable for their crimes and violations of the constitution. Politicians use their offices as conduits for crime and pushing legislation that encroaches on the rights and liberties of citizens. We’re also sick of RINOs who refuse to stand up to the two-tiered level of ‘justice’ and allow criminals like Obama, Hillary, and Biden to flourish without consequences.  They ignore the anger of constituents who are tired of seeing these despicable shitbags get away with their crimes.