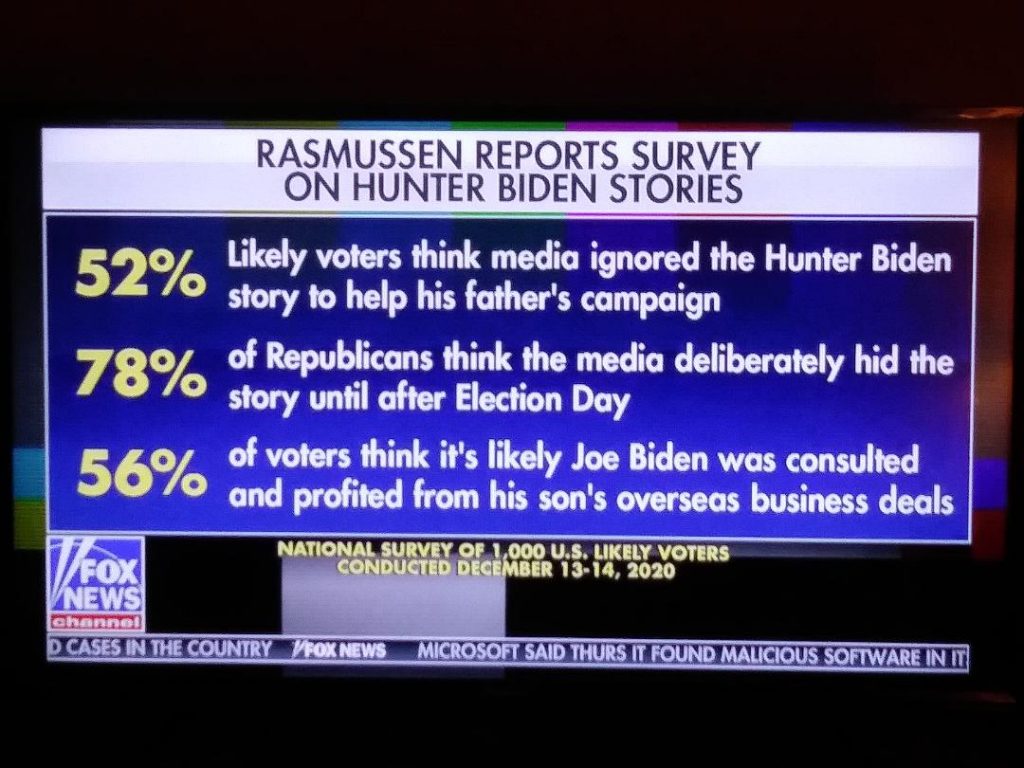 The Dems stole an election to install a ChiCom tool.

Hunter Biden’s former business associates were hinting at a push to “get Joe involved” in a joint venture with Chinese Energy Company CEFC and make the venture appear as a “truly family business” to the Chinese, according to text messages obtained and reviewed by Fox News.

In text messages dating back to 2017, Hunter’s now-ex-associates James Gilliar and Tony Bobulinski discussed a breakdown of the joint venture with CEFC, the “stakes” and appeared to hint at discussions about getting the now-president-elect involved.

In a back-and-forth over the terms of the company, Gilliar, in a May 11, 2017 text message to Bobulinski, wrote: “Man U are right let’s get the company set up, then tell H and family the high stakes and get Joe involved.” 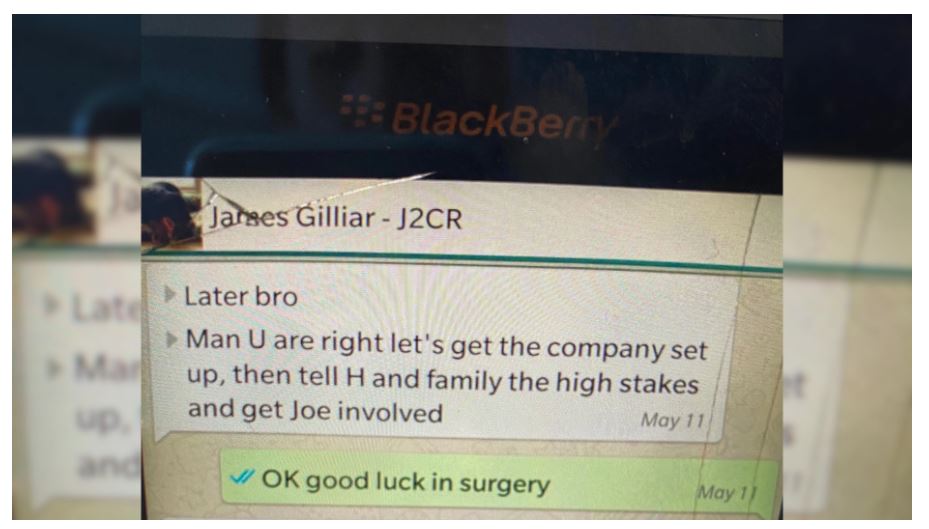 In another exchange, Bobulinski, in a text message to Gilliar on April 30, 2017, asked, “what is the deal w Jim Biden as he wasn’t part of the discussion but now seems a focal point.”

Gilliar replied: “With H demons, could be good to have a back up, he strengthens our USP to Chinese as it looks like a truly family business, and I like the dude.” 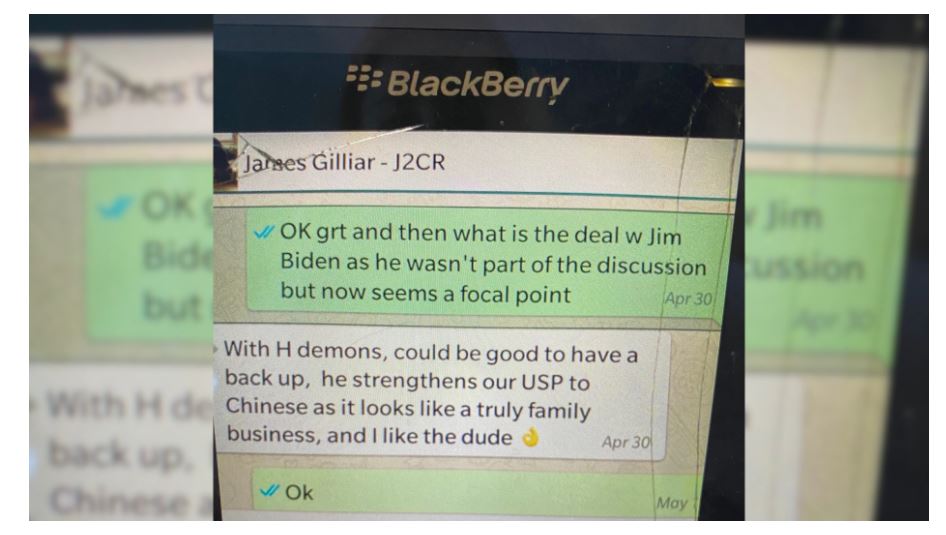 Days earlier, in a conversation regarding a meeting which included what appeared to be high-level CEFC executives including the chairman—slated for Sunday, May 7, 2017— Gilliar asked Bobulinski to come up with an “a lister to meet chairman Sunday.”

“Top person at same level as chairman, who would like to access China or money,” Gilliar replied. “It’s the way it works culturally for them.”

Gilliar added: “And empowers the B family so therefore us.” 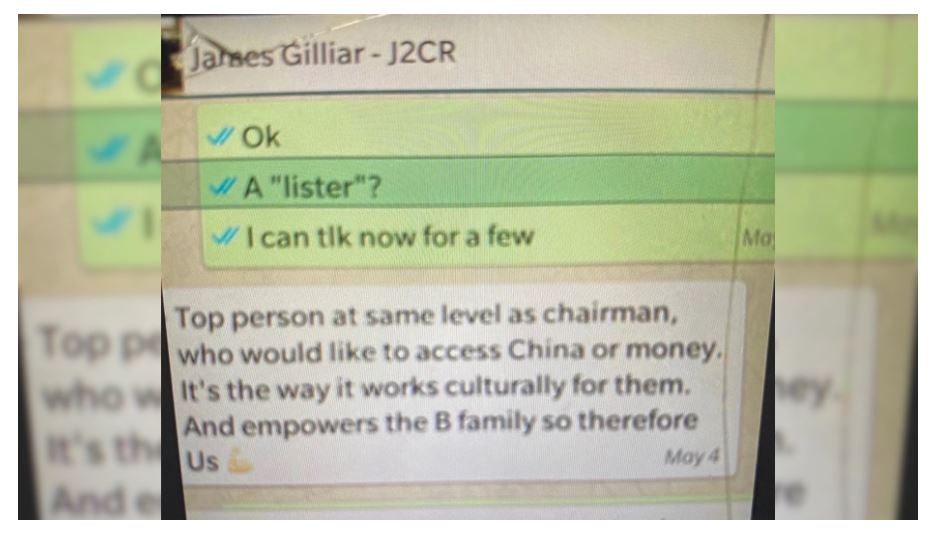 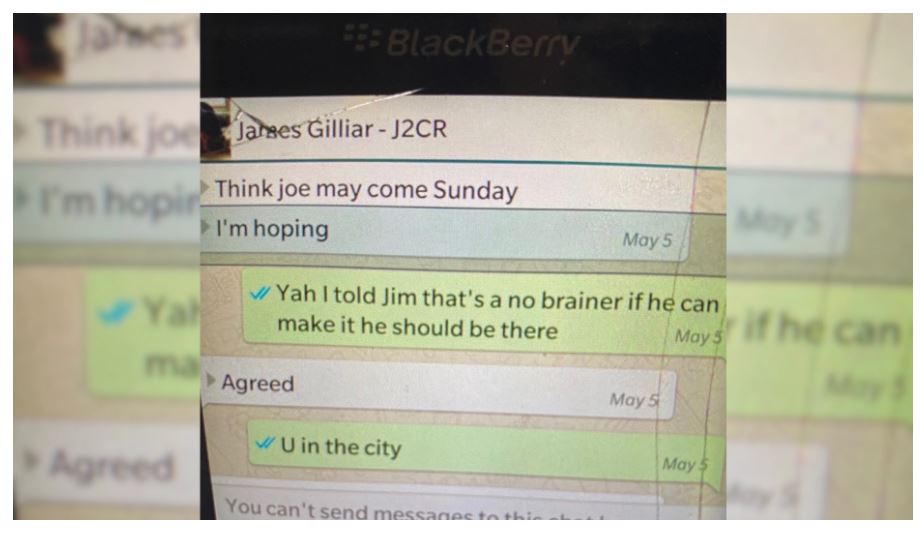 In another text exchange on May 18, 2017, between Gilliar and Bobulinski, the two discussed the joint venture again. This time, Bobulinski raised “concerns” about the structure of the undertaking.

“H brought in Jim simply to leverage getting more equity for himself and family in the final hour, that is evident,” Bobulinski texted.

“I know why the [sic] wants the deal and what makes it enormous, it’s the family name in reality, they could have asked for 51 per cent, maybe u would not be interested but many US moguls would have been.” 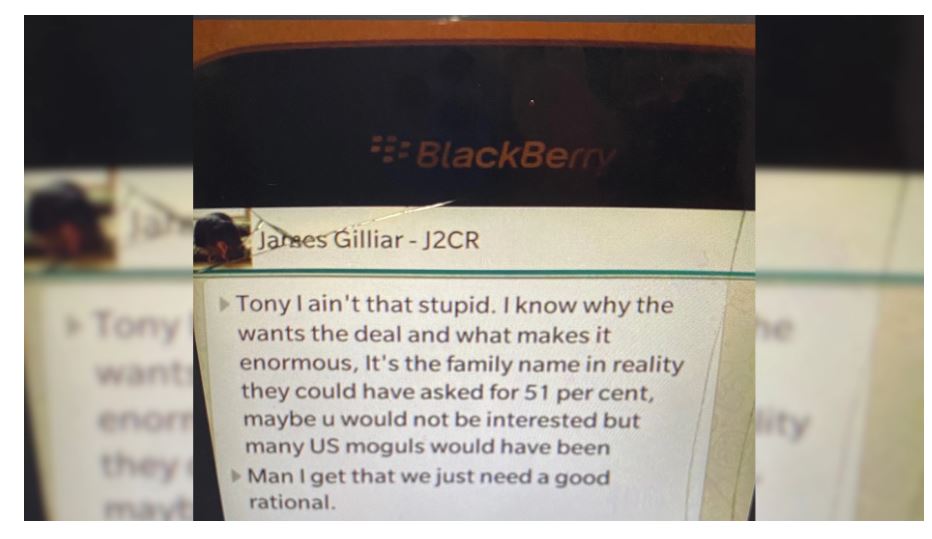 The following day, in an extended discussion, Bobulinski asked Gilliar if he had spoken to “rob or H.”

“No I haven’t,” Gilliar replied. “Spoke with Jim 15 mins ago and told him to get H to call u, think he’s with Joe in Wilmington.”

Two days later, on May 20, 2017, Gilliar texts Bobulinski again, stating: “Don’t mention Joe being involved, it’s only when u are face to face, I know u know that but they are paranoid.”

“OK they should be paranoid about things,” Bobulinski says. 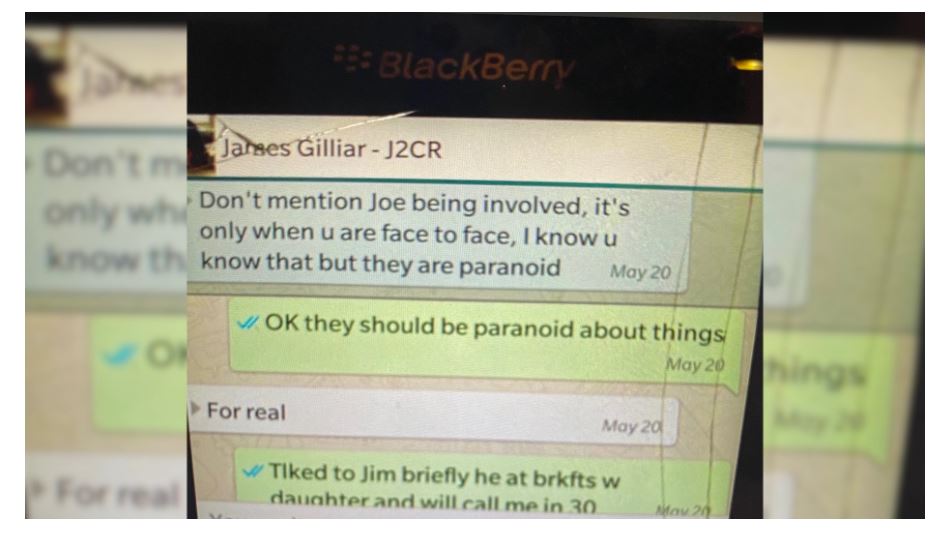 Liberal media didn’t even acknowledge the Biden family crimes until after the election.