No matter how much the Biden regime and news media want Americans to forget what happened during the “social justice” protests of 2020, the public remembers. A poll taken last summer shows overwhelming support for investigations into the nationwide looting and rioting following the death of George Floyd, which caused an estimated $2 billion in damages and cost dozens of lives..

According to an analysis by a coalition of police chiefs, at least “8,700 protests occurred across 68 major cities . . . and 574 involved acts of violence,” in just a two-month span of 2020.

There is absolutely no comparison between the violence that terrorized the country throughout 2020 and the four-hour disturbance at the U.S. Capitol on January 6, 2021; any Democrat or Republican who equates the two events should be tossed out of office. (Here’s looking at you, Governor Chris Sununu.)

And while top law enforcement officials fixate on the so-called “insurrection” they continue to downplay the murder and mayhem of 2020.

During a recent Senate Judiciary Committee hearing, Jill Sanborn, assistant director of the FBI’s national security branch, struggled to answer how many people face federal charges related to the 2020 riots. Sanborn admitted that the FBI has arrested “just north of 250 people” in connection with the “violence that we all saw around the peaceful protests,” as she described them.

Sanborn’s colleague, Assistant Attorney General Matthew Olsen, had an easier time detailing the number of arrests in the department’s sweeping Capitol breach probe. More than 700 January 6 protesters have been arrested so far, Olsen told the committee, and 325 face felony charges. (The total number of defendants now is more than 725 as the FBI arrests more January 6 protesters every week.)

Here’s what that means: Nearly three times as many Americans have been arrested for federal crimes in connection with January 6 than the number arrested for perpetrating the far more violent, deadly, and costly riots that lasted nearly four months, not four hours, in 2020.

Sanborn also wouldn’t tell Senator Mike Lee (R-Utah) how many 2020 rioters were subjected to military-style FBI raids or solitary confinement conditions in prison awaiting trial, the fate of hundreds of January 6 protesters. The answer, as Sanborn surely knows, is none.

What Sanborn and Olsen also don’t want to admit in public is that the Justice Department is actively dropping cases against 2020 rioters. Prosecutors continue to dismiss charges against Portland rioters; in December, the U.S. attorney in Portland asked a court to dismiss an indictment against a trangender rioter accused of using a high-powered laser against multiple police officers during Antifa’s 100-night siege of that city.

Nearly all rioting charges against protesters who occupied Lafayette Square in 2020—which prompted the lockdown of the nearby White House and included attacks on law enforcement—have been dropped by the same U.S. attorney’s office in D.C. now prosecuting January 6 trespassers. Last July, prosecutors dismissed charges against a Black Lives Matter protester indicted by a grand jury for attacking federal officers in LaFayette Square in June 2020.

Now, the Justice Department is asking for leniency for the few 2020 rioters actually facing federal charges.

Take, for example, the case of Montez Lee, Jr. On May 28, 2020, Lee, a Black Lives Matter protester, broke into Max It Pawn Shop in Minneapolis, poured gasoline throughout the store, and set it on fire.

A few days later, the mother of Oscar Stewart contacted law enforcement to report her son missing. Stewart’s abandoned car was parked next to the pawn shop. It took authorities several weeks to identify the charred remains of Stewart, another black man, found inside the shop. The Hennepin County coroner ruled Stewart’s death a homicide. (It’s unclear if Stewart was a fellow rioter or an employee.)

Justice Department prosecutors, however, did not agree with that conclusion:  Lee was charged with arson, not murder. And despite a lengthy criminal record including assault and burglary, the government offered Lee a deal to plead guilty to one count of arson, which he accepted in July.

Based on sentencing guidelines, the Justice Department calculated that the judge could sentence Lee to up to 240 months in prison. But a federal prosecutor asked the court to slice nearly eight years off his jail time. Why? Because Lee, unlike the government’s view of January 6 defendants, was engaged in a political protest those now in charge deem commendable.

“Lee credibly states that he was in the streets to protest unlawful police violence against black men, and there is no basis to disbelieve this statement,” assistant U.S. Attorney Thomas Calhoun-Lopez wrote in November.  “There appear to have been many people in those days looking only to exploit the chaos and disorder in the interests of personal gain or random violence. There appear also to have been many people who felt angry, frustrated, and disenfranchised, and who were attempting, in many cases in an unacceptably reckless and dangerous manner, to give voice to those feelings. Mr. Lee appears to be squarely in this latter category.”

So, in other words, arson, assault, and murder are okay as long as you’re in line with the ideology of the current authoritarian regime.

Federal prosecutors and judges have no similar sympathies for January 6 protesters. To the contrary, the Justice Department and D.C. District Court judge consider Americans charged with low-level misdemeanors on January 6, 2021 to be domestic terrorists.

For example, Jacob Chansley, the so-called QAnon shaman, pleaded guilty to one count of obstruction last summer after spending 317 days in solitary confinement. Chansley committed no violent crime on January 6—in fact, he was allowed into the building and chatted with police—and is a veteran with no criminal record.

But the very same Justice Department that wanted mercy for Montez Lee asked a federal judge to sentence Chansley to 51 months in prison.

,,,,,,Got that, America? A four-hour chaotic disturbance, likely instigated and/or encouraged by government agencies, is an act of domestic terror but months of destruction, murder, looting, arson, and vicious attacks on police, business owners, and innocent citizens is merely the “language of the unheard,” as the Justice Department claimed in Lee’s case.

Biden’s prosecutors may be fooling themselves—and federal judges auditioning for a promotion—but they are not fooling the majority of Americans. What happened throughout 2020 was unequivocally an act of domestic terrorism, a crime for which the Justice Department is wholly uninterested in fairly prosecuting.

Antifa clashed with police and the Secret Service and started fires outside the White House in June of 2020, but somehow that was protesting and not an insurrection.

In another example of selective justice at the DOJ, a Somali muzzie Mohamed Hussein Abdi, who set fire to the Gordon Parks High School in St. Paul, Minnesota, was given probation. 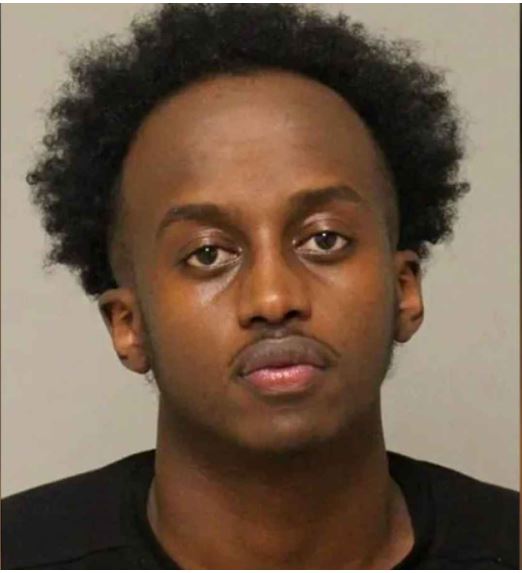 A BLM rioter, Montez Terriel Lee, 26, pleaded guilty to a single count of arson and was sentenced to 10 years in federal prison — much less than the 16 1/2 to 20-year punishment outlined in the sentencing guidelines:

……Lee admitted he burned down the Max It Pawn Shop on May 28, 2020, the same night rioters set the Minneapolis Third Precinct building on fire following Floyd’s death……

Two months after the fire, the charred remains of 30-year-old Oscar Lee Stewart were found in the rubble. Although Stewart’s death was attributed to the fire in the prosecutor’s sentencing memo, he was not charged with it.

Former federal prosecutor Neama Rahmani told the Washington Examiner that Lee could have been looking at a murder charge and a life sentence.

“It could have been tried as a capital case,” Rahmani, president of West Coast Trial Lawyers, said. “Even if conduct isn’t charged under the sentencing guidelines, any relevant conduct can be considered by the sentencing judge in fashioning an appropriate sentence. Any time there is a felony committed — and arson is a felony — and a death ensues, that’s homicide. … It doesn’t matter that just the arson was charged because someone died as a result. It’s a murder case.”

Their reasoning for the light sentence:

In a sentencing memo signed by acting U.S. Attorney W. Anders Folk and Assistant U.S. Attorney Thomas Calhoun-Lopez, prosecutors praised Lee for his “candor” and argued that he should be given a lighter sentence because he burned down a commercial building and did not commit the offense for personal gain. Though prosecutors admitted that when Lee raised his fist in defiance, it was “terribly misguided, and his actions had tragic, unthinkable consequences,” they also thought Lee “[appeared] to believe that he was, in Dr. King’s eloquent words, engaging in ‘the language of the unheard.'”

The spokesman for the “unheard” is a career felon who killed a black business owner during that arson: 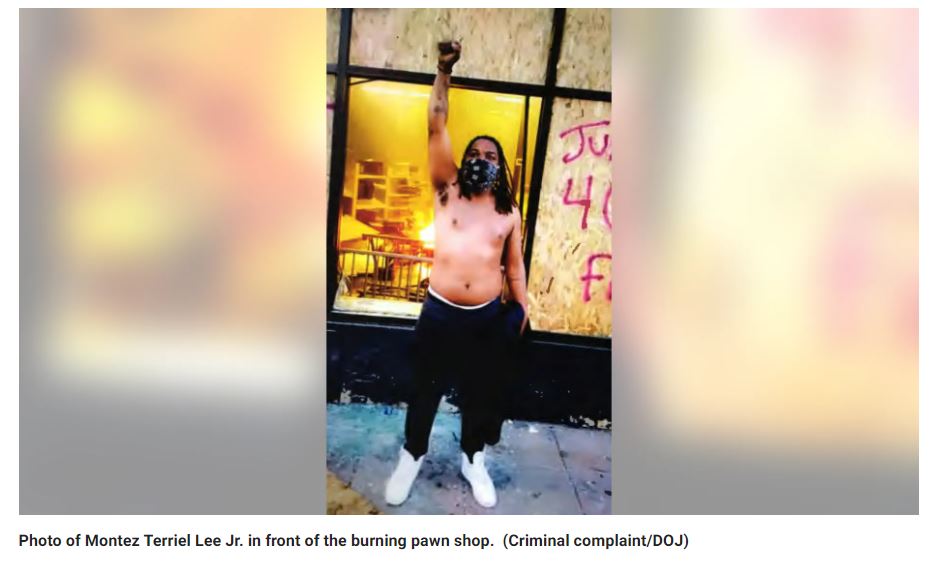 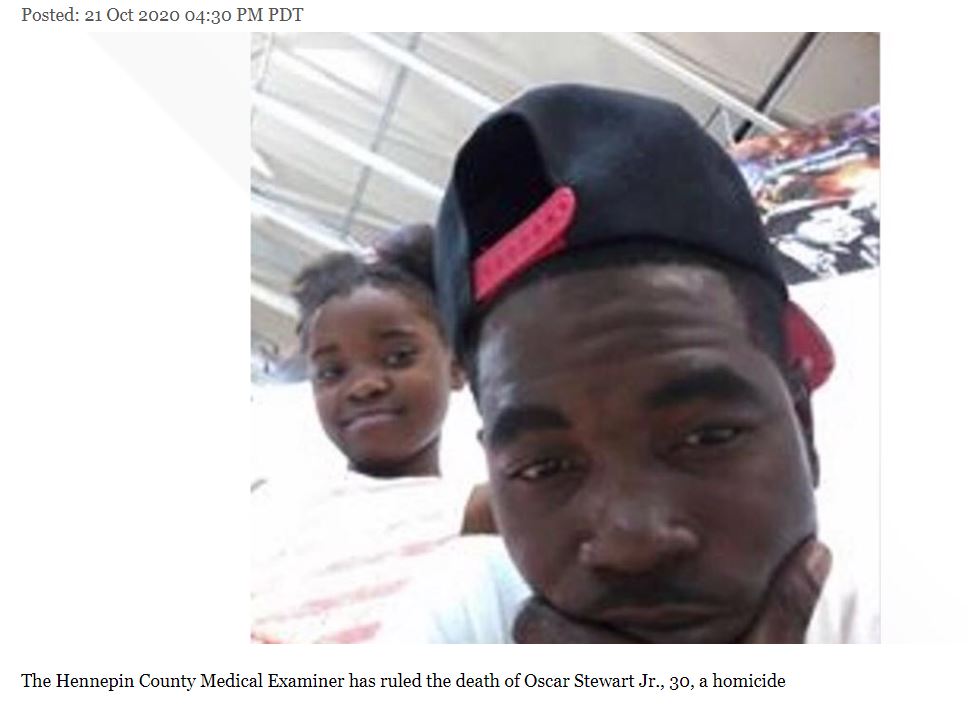 American political prisoners have been held for more than 8 months in solitary confinement in 7X10 cells for 23 hours a day. These people have not been convicted of any crimes, they are being held in “pretrial detention” for trespassing the capitol halls of corruption on 6 January 2021. Their trials have not been set. They have been denied bail. They are not allowed to meet with lawyers in private. They have one hour a day for “exercise”, showers, and phone calls. They have been denied due process.

One of them died awaiting trial.

Yet, the Antifa/BLM goons responsible for the summer of 574 “peaceful” riots—destruction of neighborhoods, businesses, police stations, and courthouses—have skated out of any legal consequences for their crimes.  The Feds refuse to prosecute.

A disabled veteran was on life support after being shot in the head by one of those “peaceful” protestors in Alamosa, Colorado. He survived the shooting but sustained a traumatic brain injury.

Retired police Captain David Dorn was murdered when he tried to protect a small business where he worked as a security guard.

Burn Loot Murder lasted 7 months with 23 people s­hot dead, 700 police officers injured, and over 150 federal buildings damaged. Antifa’s rampage has resulted in damage comparable to Hurricane Sally. Combined casualties from both groups of thugs numbered 926 as of July 2020.  Anarchists took over blocks of city neighborhoods in Seattle and Portland.  They’re still at it.

Biden’s corrupt weaponized government goons have engaged in the systematic bashing of civil liberties using the 6 January protest as justification for their authoritarian reign of terror, and in some cases, murder.  Lila Morris, Harry Dunn, and Aquilino Gonell,  are the capitol cops who brutally beat Rosanne Boyland to death. None of them were charged.   Michael Leroy Byrd—the capitol cop who murdered Ashli Babbitt the same day—, is also walking around scot-free.  Byrd was investigated in 2019 for leaving his service weapon laying unattended in a Capitol bathroom. The firearm was Byrd’s service Glock 22, the same style weapon that was reportedly used to murder Babbitt.