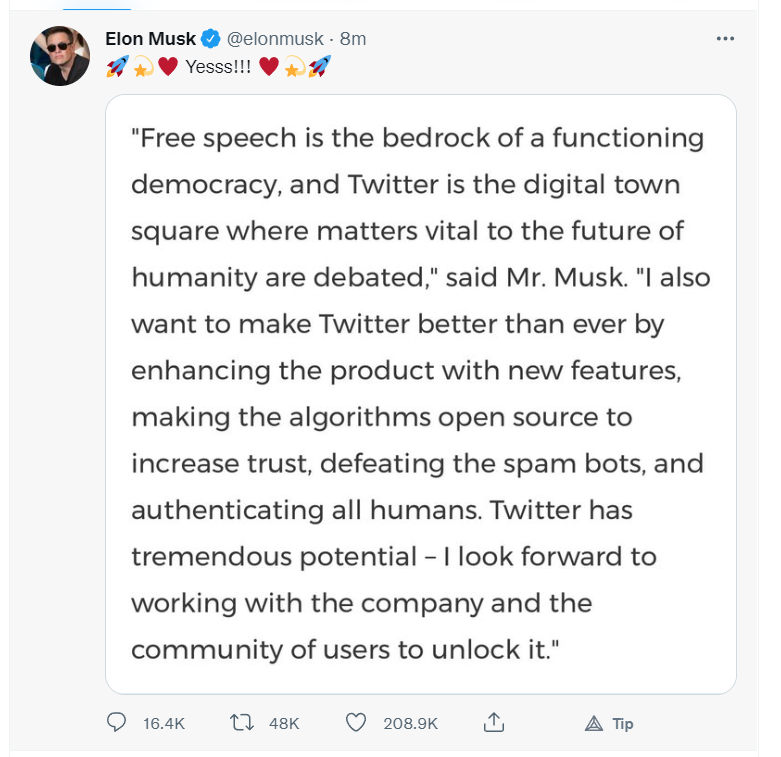 In contrast, here’s the current CEO and his ideas on free speech: 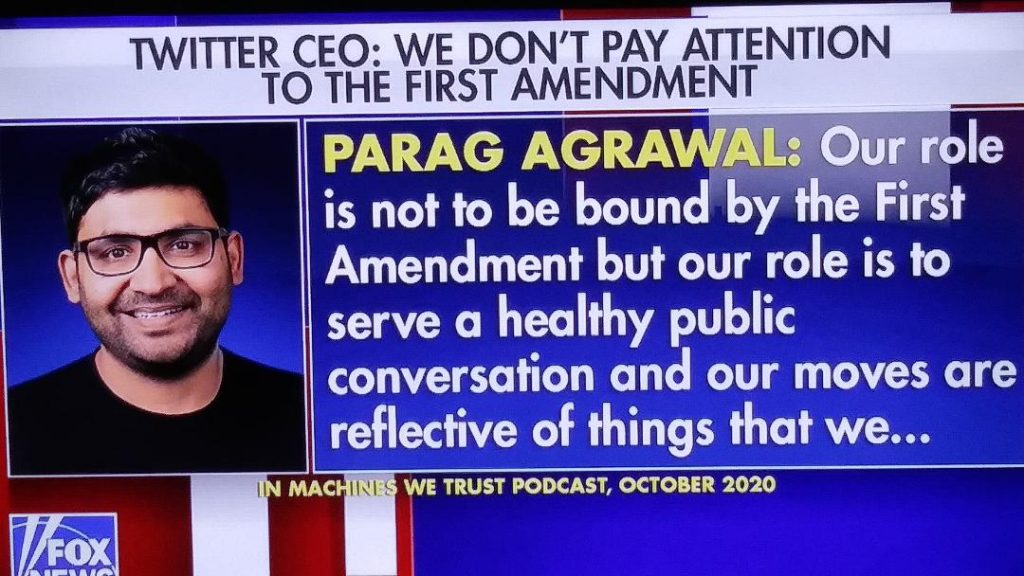 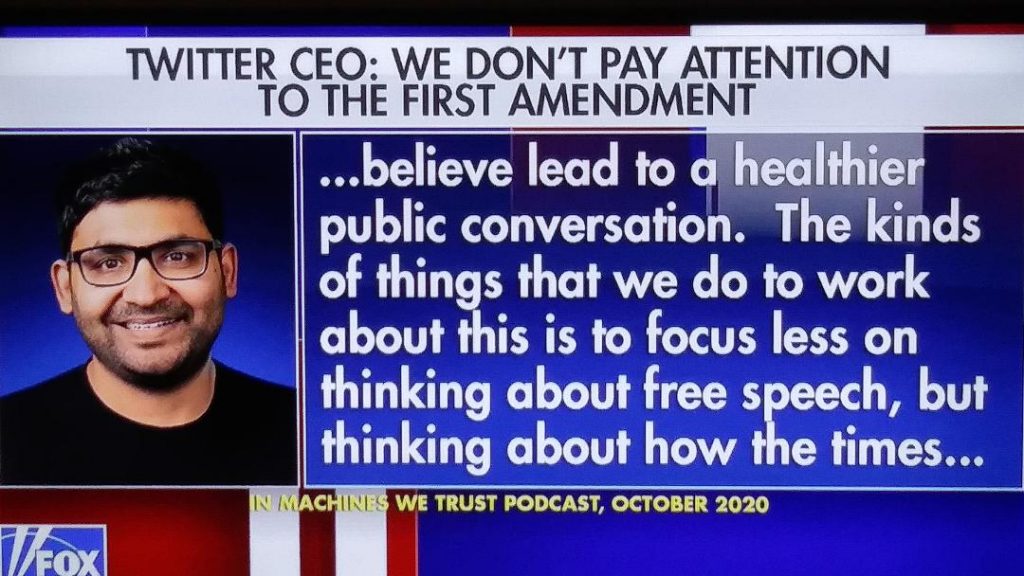 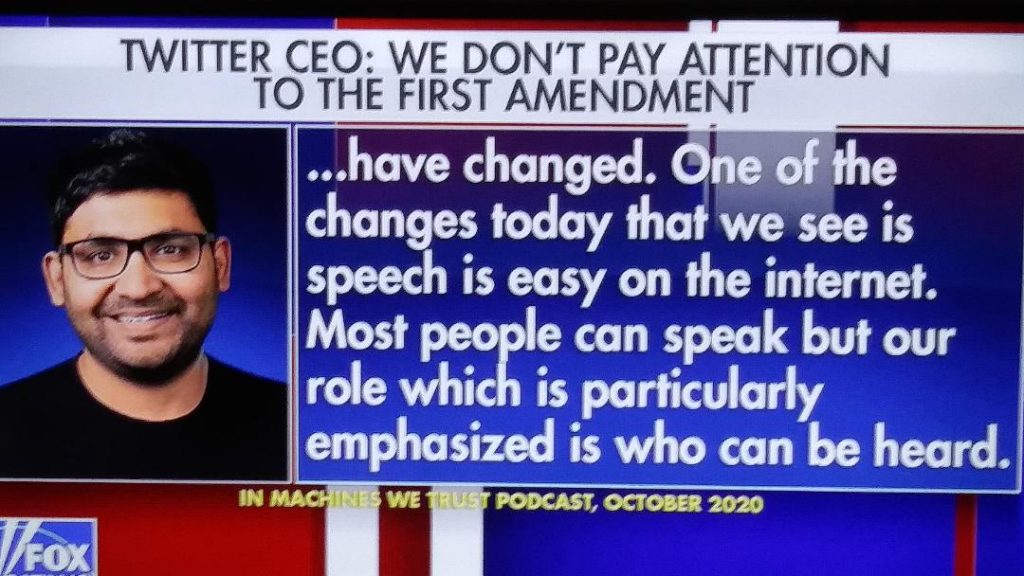 In other words, the speech nazis at Twitter get to decide who can be heard. 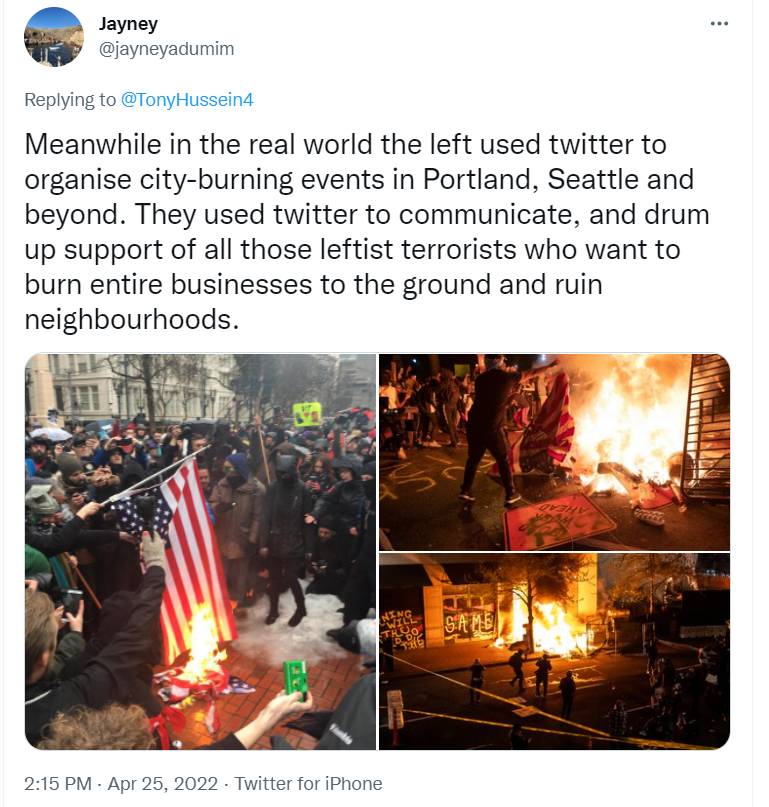 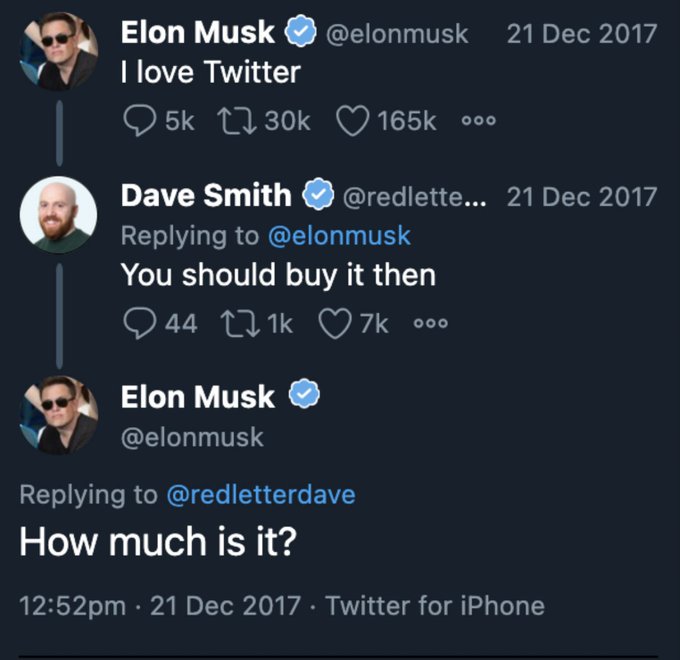 Under the terms of the agreement, Twitter stockholders will receive $54.20 in cash for each share of Twitter common stock that they own upon closing of the proposed transaction. The purchase price represents a 38% premium to Twitter’s closing stock price on April 1, 2022, the last trading day before Musk disclosed a 9.2% stake in the company.

Musk has secured approximately $46.5 billion to finance the transaction, including $25.5 billion of fully committed debt and margin loan financing and $21 billion equity in equity financing. The transaction is expected to close in 2022, subject to the approval of Twitter stockholders, the receipt of applicable regulatory approvals and the satisfaction of other customary closing conditions.

Twitter independent board chairman Brett Taylor said the company “conducted a thoughtful and comprehensive process to assess Elon’s proposal with a deliberate focus on value, certainty, and financing.”

Musk, a self-described “free-speech absolutist,” has been critical of the platform and its chief executive Parag Agrawal’s approach to free speech.

“Free speech is the bedrock of a functioning democracy, and Twitter is the digital town square where matters vital to the future of humanity are debated,” Musk said in a statement. “I also want to make Twitter better than ever by enhancing the product with new features, making the algorithms open source to increase trust, defeating the spam bots, and authenticating all humans. Twitter has tremendous potential – I look forward to working with the company and the community of users to unlock it.”

Though Musk was initially invited to join Twitter’s board, he later declined the offer. If he joined, Musk would have been unable to own more than 14.9% of Twitter’s stock while serving on the board or for 90 days after. Musk’s board term would have expired at Twitter’s 2024 annual meeting.

Meanwhile, the internet has fun with the exploding heads on the Left:

Twitter employees who were reportedly apoplectic about the prospect of Elon Musk taking over the company got targeted with scathing memes as users poked fun at their plight.

The famous “This is fine” meme featuring a comic book dog character sipping coffee while the room is engulfed in flames went viral — the room in this case being Twitter’s headquarters.

Another Twitter user posted a GIF showing Ilana Glazer from the Comedy Central show “Broad City” screaming, indicating that this was the sentiment among Twitter employees.

Others posted GIFs of Vince McMahon confidently sauntering into the wrestling arena, likening him to Musk’s entrance into headquarters after he presumably buys the company.

……Earlier this week, it was reported that Musk’s looming battle with Twitter’s board was a source of major anxiety for company employees – many of whom are said to be worried that billionaire’s campaign to force changes is just beginning.

Musk’s surprise rejection of a Twitter board seat last weekend emerged ahead of a scheduled “day of rest” for company employees, according to a report.

One of the funniest:

I left Twitter a couple of years ago and switched to GAB because I got sick of being suspended for stating facts and opinions the leftwing censors didn’t like. He claims that he will make improvements, especially when it comes to free speech. I have a wait and see attitude.