Criticize the Russkies all you want, but vent anger toward muzzie zealots who commit bloodshed every day around the world in the name of their ‘religion’, and get censored. 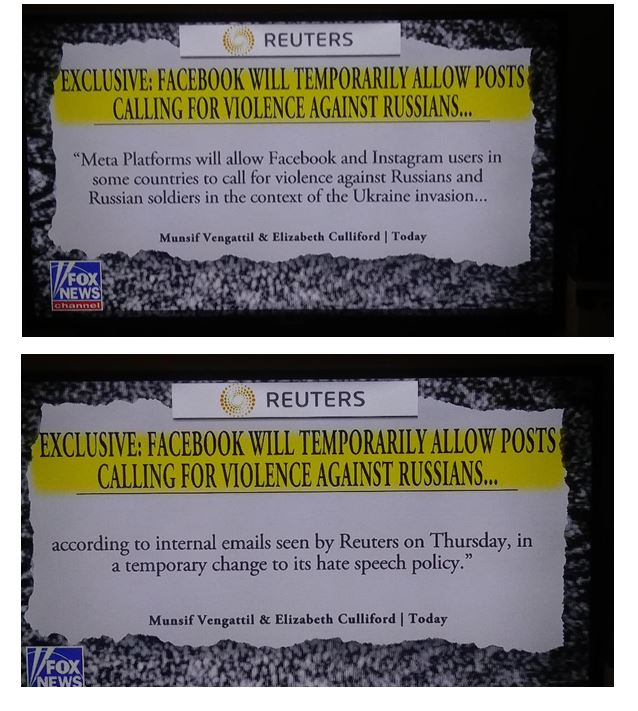 The main targets of Facebook suppression are conservatives and anyone who makes the mistake of offending Zuck’s schizophrenic ‘community standards’; people that just have a different policy viewpoint. They’re not against ‘hate’ as long as it comes from the approved political sector.

Leftie and muzzie extremists, on the other hand, get a free pass.

Conservative pundit Paul Joseph Watson got death threats from a muzzie Facebook page, but according to Facebook it ‘doesn’t violate community standards’.

Lauren Southern, a conservative commentator, was banned from Facebook for 30 days because she posted a comment that criticized the left-leaning hierarchy’s habit of censoring opposing viewpoints. The irony is lost on The Zuck.

Conservative sites have been suspended over Zuckerberg’s political preferences, but leftie radicals, muzzie terrorists and their mouthpieces, and videos demonstrating adult sex acts to kids, are relatively unscathed.

Project Veritas confronted a couple of Facebook censors after an insider leaked documents that showed how Facebook engineers plan and go about policing political speech.

Zuck has banded together with Microsoft, Twitter, and YouTube to work on the creation of a global censorship database. The objective is to censor content on their platforms more efficiently. The database has a complete lack of transparency and accountability.  Only a small circle of company insiders know what’s in it.

Twitter is just as bad. Jack Dorsey’s drones ban people whenever they see something they don’t like.  An undercover video from Project Veritas shows Twitter employees bragging on their censorship skills against conservatives.

Facebook has also created a process to label you (as in conservative) a “hate agent”.

I’m using Facebook and Twitter less and less; I’ve switched to Gab, a free-speech platform that doesn’t ban or censor because of personal opinions.