Across the country in Portland, on the same night that a mob of protesters broke into the Capitol building, a mob of ANTIFA protesters smashed the windows of businesses and tried to break into a courthouse. As Andy NGO notes, it’s their 3rd riot since New Year’s Eve.

This is incredibly hypocritical and is not a sustainable situation, yet Democrats have been encouraging, supporting, and covering for these rioters all year long. It’s great to see liberals upset about rioting today, but that does still apply when #Blacklivesmatter and ANTIFA do it? Apparently not. Do you want to see the world we live in summed up in two tweets? 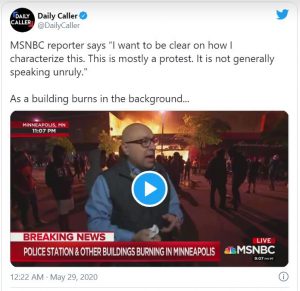 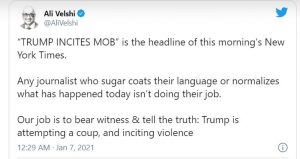 That is the double standard modus operandi of the Left.  Expect more of that when Biden’s regime is installed.