“Socialists” are the biggest hypocrites in the world. They would never live under the real system they advocate. 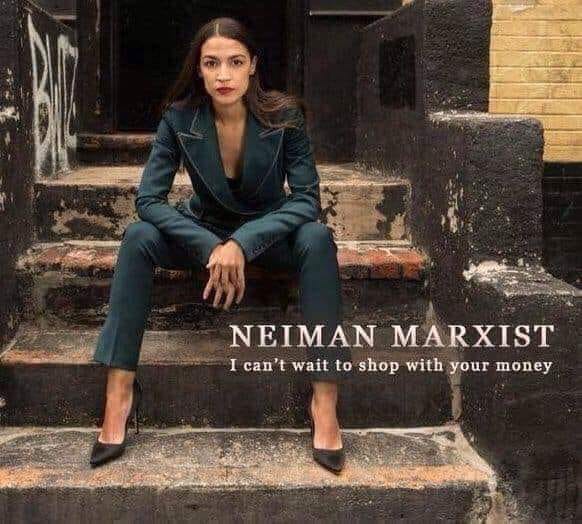 Can we dispel, once and for all, the notion that “socialists” — “democratic” or otherwise — actually believe in the socialism they peddle?
“Socialists” love money, guns, walls, fossil fuels, Amazon, meat, private jets and cars, luxury apartments, mansions, and paying low taxes as much as anyone else.
“Socialists” just want everyone else controlled under their rule of tyranny.

Do you really think multi-house-owning, seven-figure net worth, $14,500.00-a-month-salary “democratic socialist” Vermont Sen. Bernie Sanders, I-Vt, truly believes the “free stuff” balderdash he’s regurgitated for decades? He admires Fidel Castro because he probably wants to be just like him, and he’s enamored with bread lines because, like a good “socialist,” Sanders knows that the most addictive drug is government dependency.

New York Rep. Alexandria Ocasio-Cortez wasted no time getting a fancy pad (she earns about the same amount as Bread Line Bernie). Rumor has it the building’s energy sources are electricity and oil; aaahhh, First World living in Washington, D.C., where average monthly rents are higher only in 10 other cities across the globe.

Obama? You aren’t still duped by his “fundamental transformation” schtick, are you? He and Michelle don’t have a wall around their $8.1 million mansion, but there are many scary-looking bodyguards armed with scary-looking guns. If the Obamas’ down payment was 20 percent, then their monthly mortgage bill is about $45,000.00. Redistribution of wealth!

Even New York Democratic Governor Andrew Cuomo knows capitalism is superior to socialism. Cuomo recently asked Amazon to reconsider opening its second headquarters in Brooklyn, after the company rescinded its offer to come there. Why would Amazon CEO Jeff Bezos do business with a city that doesn’t kiss the ring? Bezos, who also owns the DMIC: Democrat Media Industrial Complex’s Washington Post, is the latest Democrat gazillionaire to be cannibalized by his party’s anti-free markets cult.

“The shaping of malleable minds doesn’t begin in college; it begins in elementary school and continues in middle and high school; higher education is just the higher-priced socialism re-education camp.”

It’s no coincidence that an alarmingly large segment of the American electorate—especially our youth—is now going steady with socialism.

It’s not our youth’s fault, though; it’s our fault. The shaping of malleable minds doesn’t begin in college; it begins in elementary school and continues in middle and high school; higher education is just the higher-priced socialism re-education camp.

The “free college” ploy is evil genius; college debt hovers around $1.5 trillion, in large part due to the fallacy of college as a “right.” Once something becomes a “right,” our tax dollars are thrown at it ad infinitum; for you “socialists” out there, when money is thrown at something, inflation sets in, and costs surge.

The Democratic scam was, and is, brilliant: use Americans’ hard-earned dollars to “transform” our youth into Che Guevera T-shirt wearing idol worshipers; then, when the collegiate tab exceeds the price of a single-family house, sell “free” college—which is just another tax that will most burden the middle class.

The GOP is also at fault for the burgeoning love affair our young have with socialism. Other than Presidents Reagan and Trump, and Speaker Newt Gingrich, try to name another elected Republican in the last five decades who unequivocally drew a line in the sand opposing socialism. Hell, go back to Eisenhower; he fought a world war against socialism, and not even he drew a line.

To defeat socialism, let’s cease labeling millennials and Generation Zers as “stupid.” While they shouldn’t be fully let off the hook for being the dumbest group of smart people ever, now’s the time for those who give a darn about the well-being of our youth to have our “come to Jesus” moment, and recognize that Democrats always prey upon our kids. If we’re willing to ask them specific questions that nakedly expose socialist hypocrisies, as well as the history of mass-murdering socialist regimes, something pleasantly surprising, will happen: our youth will again learn to love capitalism, liberty and realistic solutions to our many challenges. That’s re-education we can all support.

Liberals have been trying to force socialism on this country for decades.

The socialist/communist indoctrination of children is in full swing.  The educational system pushes communist agenda,  “gay history”, disrespect for the American flag,  pro-muslim terrorism, and tuition and criminal facilitation for illegal aliens.

Anyone who thinks socialism is wonderful had better study its bloody history.