By ‘declared’ they mean decided. 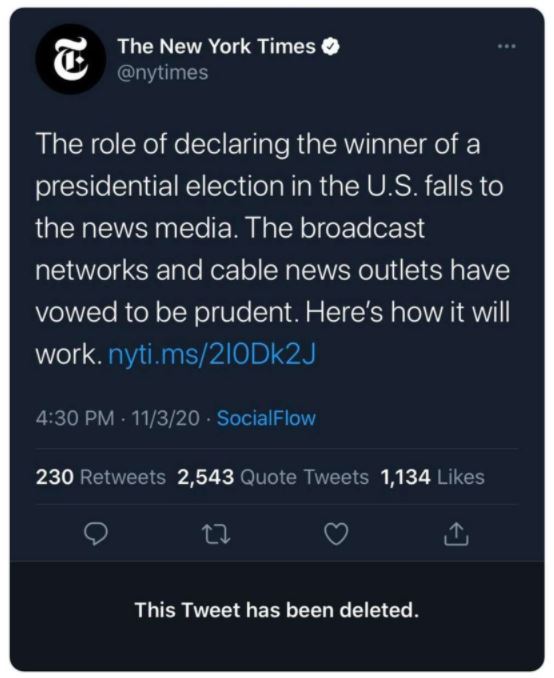 Did you get that?  The winner isn’t declared by We the People. It’s decided by the media. That piece of pomposity was deleted after outraged people on social media told the leftwing rag to take a flying leap.

During Obama’s regime, the mainstream media had its lips firmly planted on his ass.  When President Trump was elected and throughout his term in office, they raged with unhinged animosity.

And they get to decide the winner.