These are the same Euros who couldn’t wait for President Trump to leave office, because he put America first and reversed Obama’s damage. 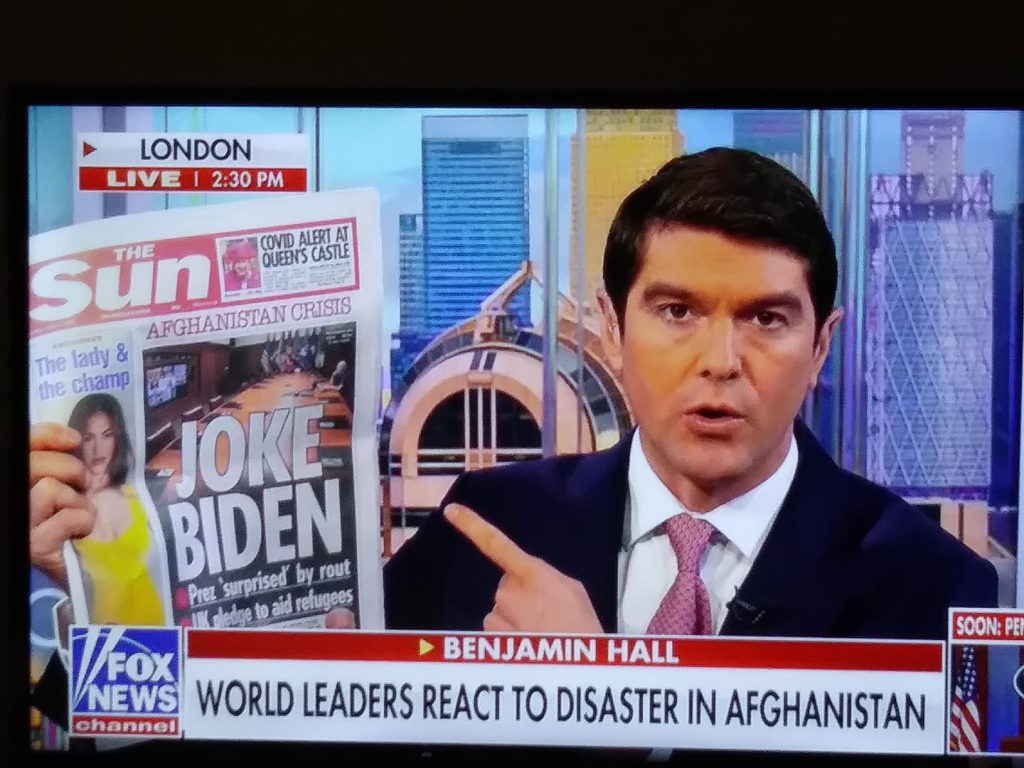 The Washington Post reports that U.S. allies are complaining “that they were not fully consulted on a policy decision that potentially puts their own national security interests at risk — in contravention of President Biden’s promises to recommit to global engagement” and that “many around the world are wondering whether they could rely on the United States to fulfill long-standing security commitments stretching from Europe to East Asia.”

Leaders in the United Kingdom, a close ally of the United States and a cooperative leader in the global war on terror since the George W. Bush administration, had some of the harshest criticism for Biden on Sunday.

Fox News reported that U.K. Prime Minister Boris Johnson pinned the blame for the collapse of Afghanistan on Biden himself. “Johnson said it was ‘fair to say the US decision to pull out has accelerated things, but this has in many ways been a chronicle of an event foretold,’ but urged western leaders to work together to prevent Afghanistan from again becoming a ‘breeding ground for terrorism.’”

“I think it is very important that the West should work collectively to get over to that new government – be it by the Taliban or anybody else – that nobody wants Afghanistan once again to be a breeding ground for terror and we don’t think it is in the interests of the people of Afghanistan that it should lapse back into that pre-2001 status,” Johnson said.

“Whatever happened to ‘America is back’?” the chair of the Defense Committee in the British Parliament, Tobias Ellwood, said Sunday, according to The Washington Post.

“People are bewildered that after two decades of this big, high-tech power intervening, they are withdrawing and effectively handing the country back to the people we went in to defeat,” Ellwood noted, per the Post. “This is the irony. How can you say America is back when we’re being defeated by an insurgency armed with no more than [rocket-propelled grenades], land mines and AK-47s?”

Others in the U.K. expressed abject disappointment: “The Western democracy that seemed to be the inspiration for the world, the beacon for the world, is turning its back,” one British official told the Post.

Biden’s display of bizarre behavior and his bumbling at the G7 should have sent up a huge red flag to the Western leaders. As it is, the ChiComs are having a field day with his ineptitude and fatuous policies.