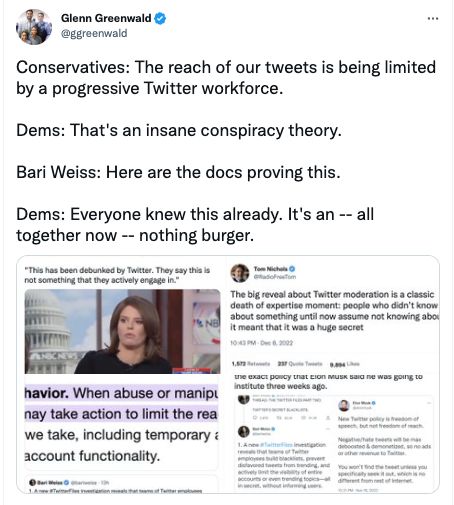 He published the internal Twitter memos related to the blackout of the New York Post story that revealed damaging information on the Biden Crime Family recovered from Hunter Biden’s laptop, and how the Twitter cabal censors free speech.

Go to the bottom of the page and do a refresh for updates.

These are some of the internal emails and correspondence between Twitter and Dem officials outlining their efforts to squash the story: 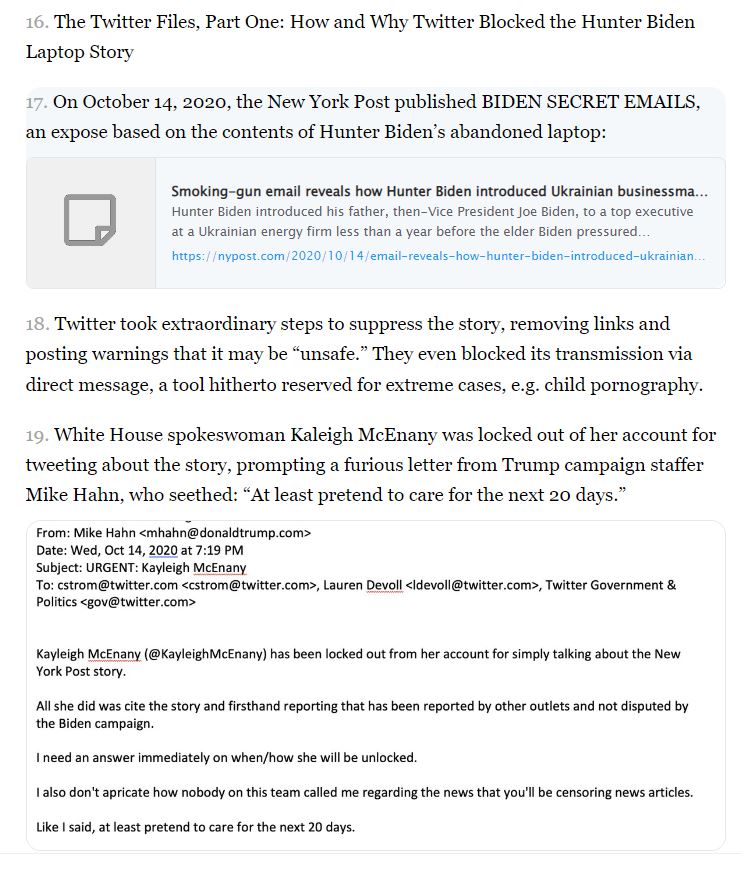 Placing the laptop story in the same category as “child pornography”.

The Twitter executives knew the Hunter Biden laptop was not ‘hacked’ but they suppressed the story anyway. 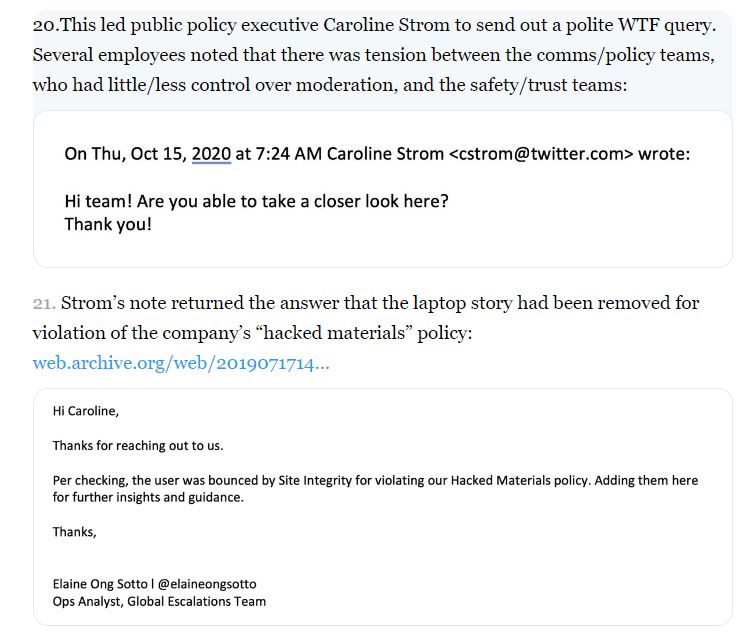 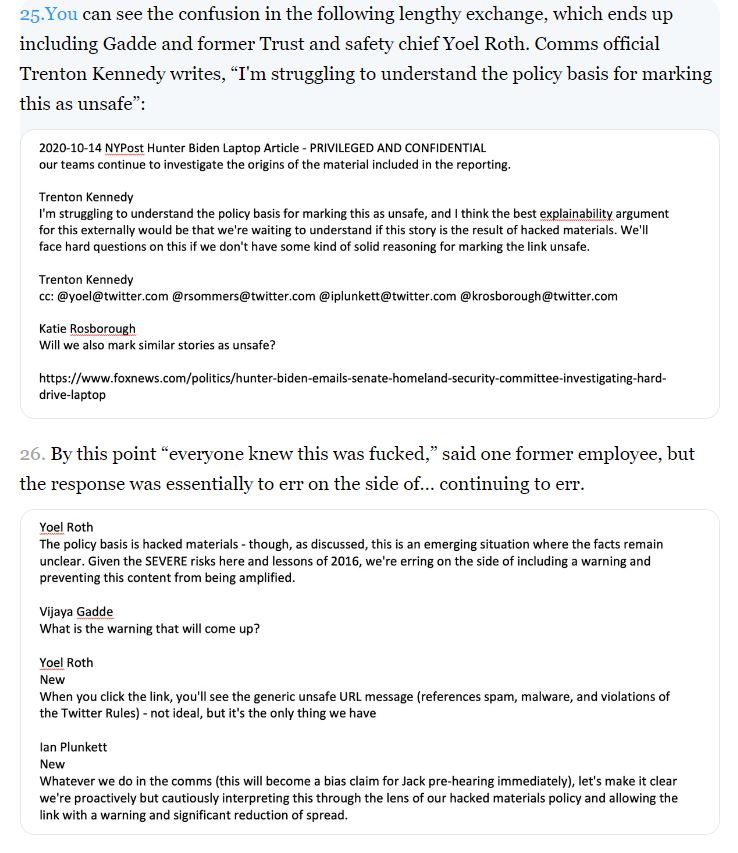 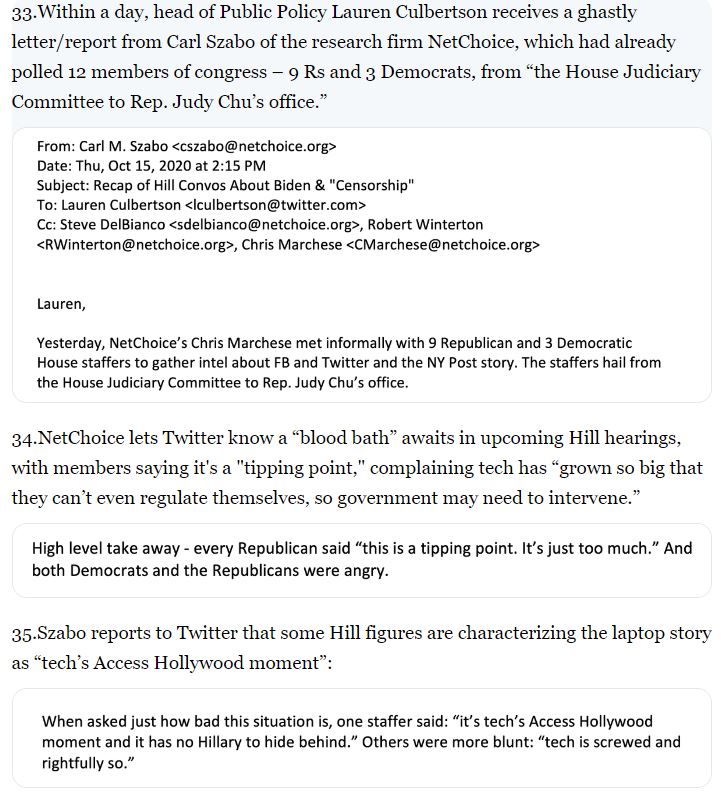 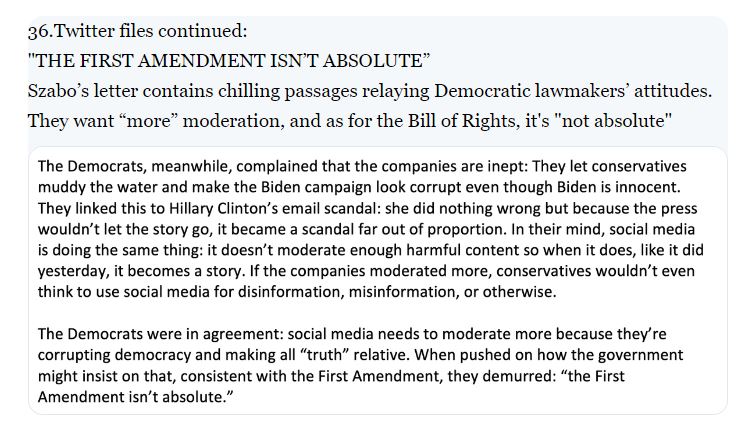 Biden the White House autocrat said the same thing about civil liberties: “At the same time, the Second Amendment, like all other rights, is not absolute.” 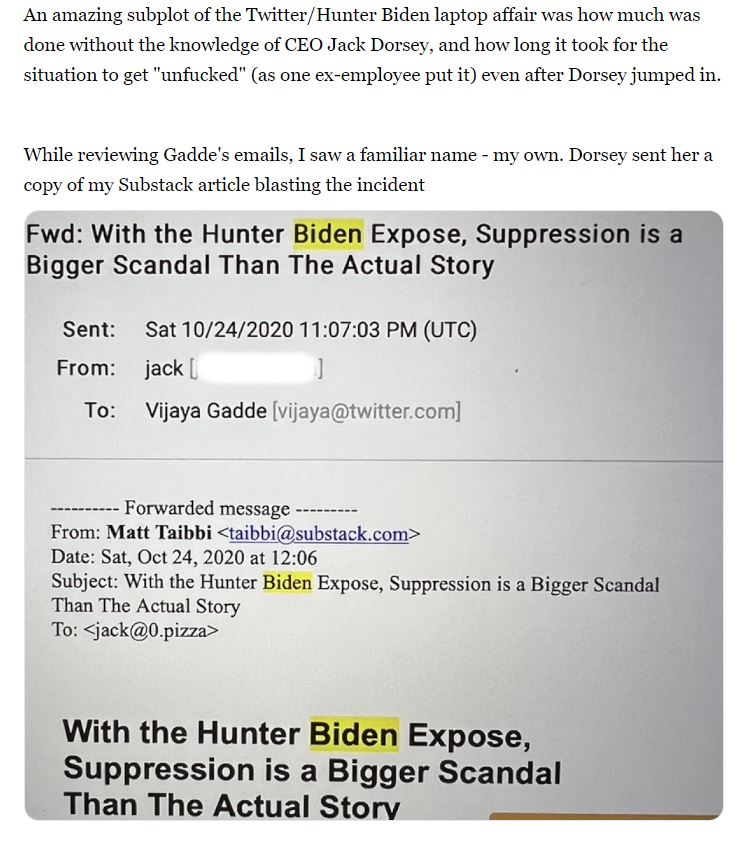 BTW:  Vijaya Gadde is the shit stain who pushed the effort to ban President Trump from the platform and bury the Hunter Biden laptop story.

Tucker Carlson: "The Twitter files reveal communications proving Twitter executives censored Americans at the behest of the DNC and the Biden Campaign right before the 2020 U.S. Presidential Election." pic.twitter.com/gBKhEFohKY

Earlier this year, Mark Zuckerberg admitted to helping the FBI rig the 2020 presidential election.  Facebook and Twitter had regularly met with the Department of Homeland Security to coordinate censorship efforts.

FBI Supervisory Special Agent Elvis Chan testified that the FBI held weekly meetings with Big Tech ahead of the 2020 presidential election to discuss “disinformation” on social media and ask about efforts to censor that information.

In May of this year, an undercover Project Veritas video caught a senior Twitter employee describing the big tech platform’s workplace culture as one that is very anti-free speech and encourages communist-type behavior. 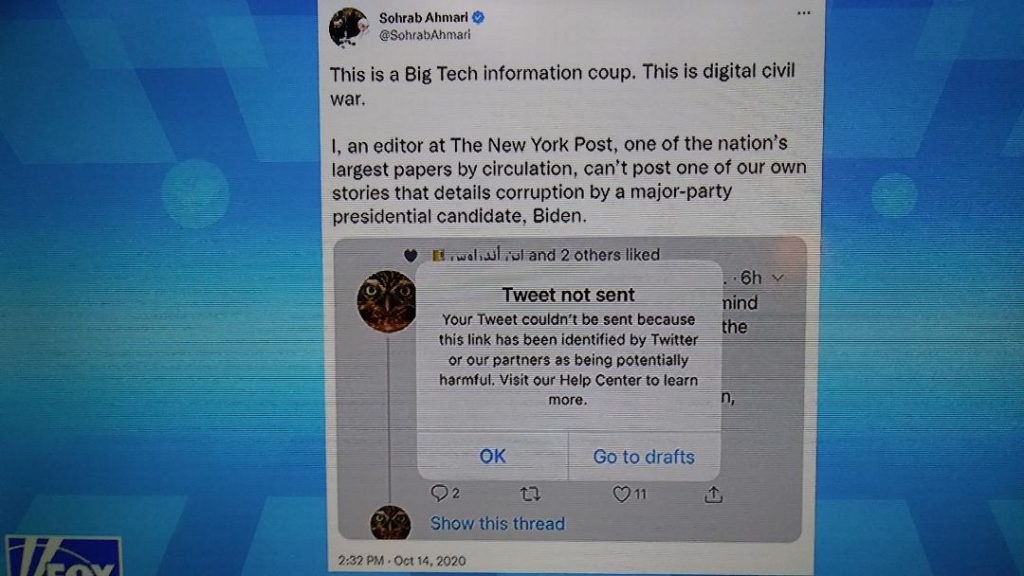 The truth is harmful.
If that laptop belonged to the son of a Republican president, the liberal media conglomerate would have spent every waking minute covering the contents and the DOJ would have been all over it like stink on shit.

The Biden Crime Syndicate used foreign deals and connections with Ukraine and China to enrich themselves. They laundered money, committed tax evasion, and violated the Foreign Corrupt Practices Act. The level of corruption involved with their China/Ukraine deals is off the charts.  They committed treasonous acts to profit.
Joe Biden is ass deep in this corruption.  Hunter was operating as a bagman for the ‘Big Guy’, collecting and funneling money to his father.

The U.S. Senate Committee on Homeland Security published a report describing the impact of Biden’s corruption on policy and national security.