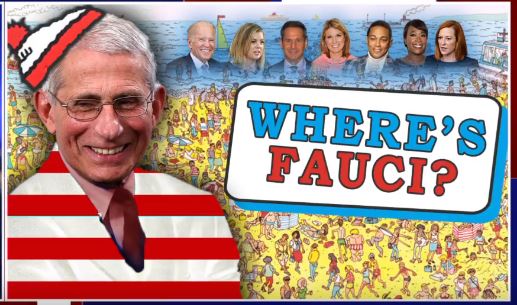 This country was held hostage by Dem thugs driven by power and Fauci’s pontifications. Now that he’s no longer useful to their agenda, they tossed his ass to the curb.

For nearly two years, the White House coronavirus advisor Dr. Anthony Fauci has appeared at least weekly, of not daily, on news and opinions shows touting the latest Science related to covid.

Yet, in the wake of a stunning poll that revealed the American public has moved on from the pandemic, the Biden administration is completely reversing course on mask-pushing and vaccine-mandating. It has unveiled a new COVID-19 preparedness and management plan that focuses on detection followed by early treatment.

“…Biden will not accept just ‘living with COVID’ any more than we accept living with cancer, Alzheimer’s or AIDS,” the report states. “Because of our work, we are no longer going to let COVID-19 dictate how we live.”

…The plan adds a focus on guarding against COVID-19 and treating the virus, including a “test to treat” program that would allow people to receive antiviral treatment pills immediately after testing positive, and developing a game plan for any new variants.”

I will simply note that many infectious disease experts and medical doctors have been clamoring for more focus on early treatment options since the start of the pandemic in 2020. Senator Ron Johnson (R-WI) hosted an informative and vital “Second Opinion” panel that emphasized this pillar of pandemic response.

These expert opinions appear to have been throttled by Fauci and those connected to him, as well as media and Big Tech officials who wanted to promote the agenda he was pushing. However, in the wake of the abysmal polling, Fauci has disappeared.

Many of us have noticed.

“In his speech to the 2022 CPAC in Orange County, Fla., over the weekend, former CIA analyst and radio host Buck Sexton called for a “housecleaning of the bureaucracy” within the federal government, including health care establishment that imposed Draconian rules and restrictions on Americans during the coronavirus pandemic.

…”The rapid fading of the COVID apparatus and the withdrawal from the constant appearances in the news cycle by the labcoat tyrant Fauci is a direct function of politics,” said Sexton, explaining that NIAID Director Dr. Anthony Fauci was used as a “weapon’ within the federal bureaucracy – first against President Trump and later against any civilian dissidents of the Biden administration and its policies on that front.”

He may be gone, but he is not forgotten, especially by those of us who have been collecting all the receipts.

Ohio congressman Jim Jordan (R) indicates an investigation into Fauci is a priority if they regain a majority in November’s midterms.

“The first investigation suggested by Jordan, the top Republican on the House Judiciary Committee, was into “all the lies [and] the misinformation, the disinformation” from Dr. Anthony Facui and the Centers for Disease Control and Prevention with regards to the COVID-19 pandemic.”

Hopefully, there will be a fully transparent investigation that will lead to justice for everyone harmed or killed by Fauci’s decisions and those who will be suffering from the consequences of pandemic hysteria for years to come.

One reporter tracked him down:

If you’re looking for the infamous Dr Anthony Fauci, you might want to check your local television stations, or some random YouTube channels, because the man has seemingly joined the primetime cable milk carton.

COVID Mania has become deeply unpopular with the American people, and a Democratic polling firm recently convinced the Biden Administration and its allies in Congress to drop the hysteria. With midterms around the corner, and trouble raging in Eastern Europe, it was time to put the kibosh on all of it. 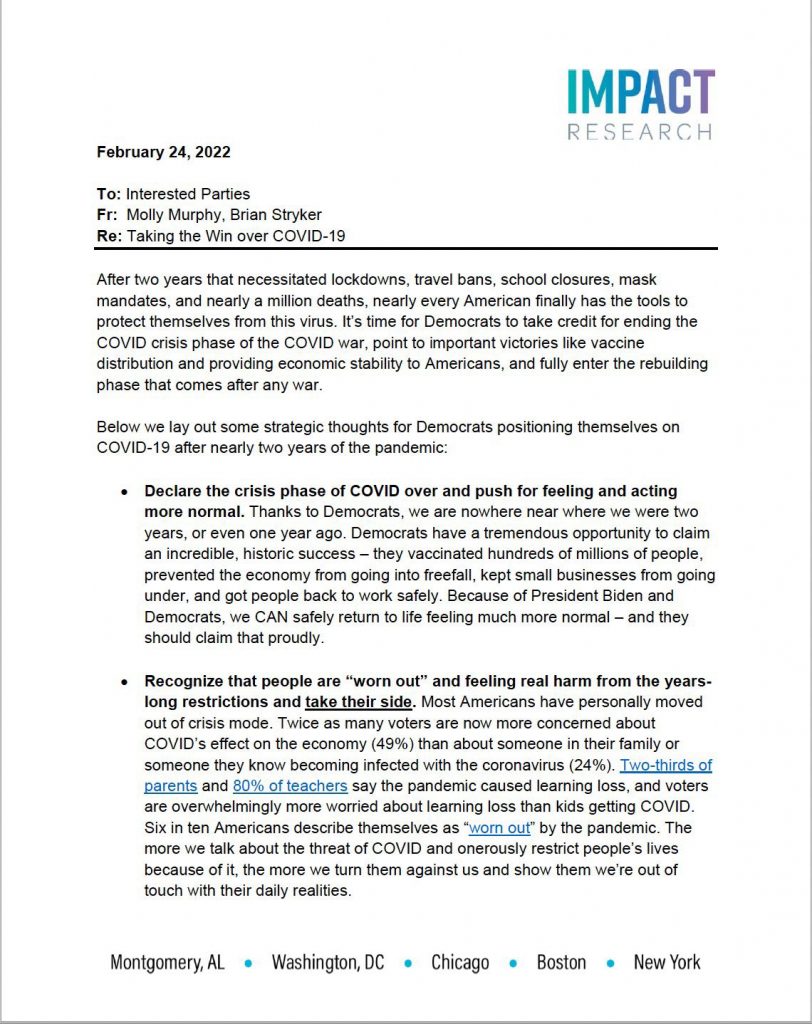 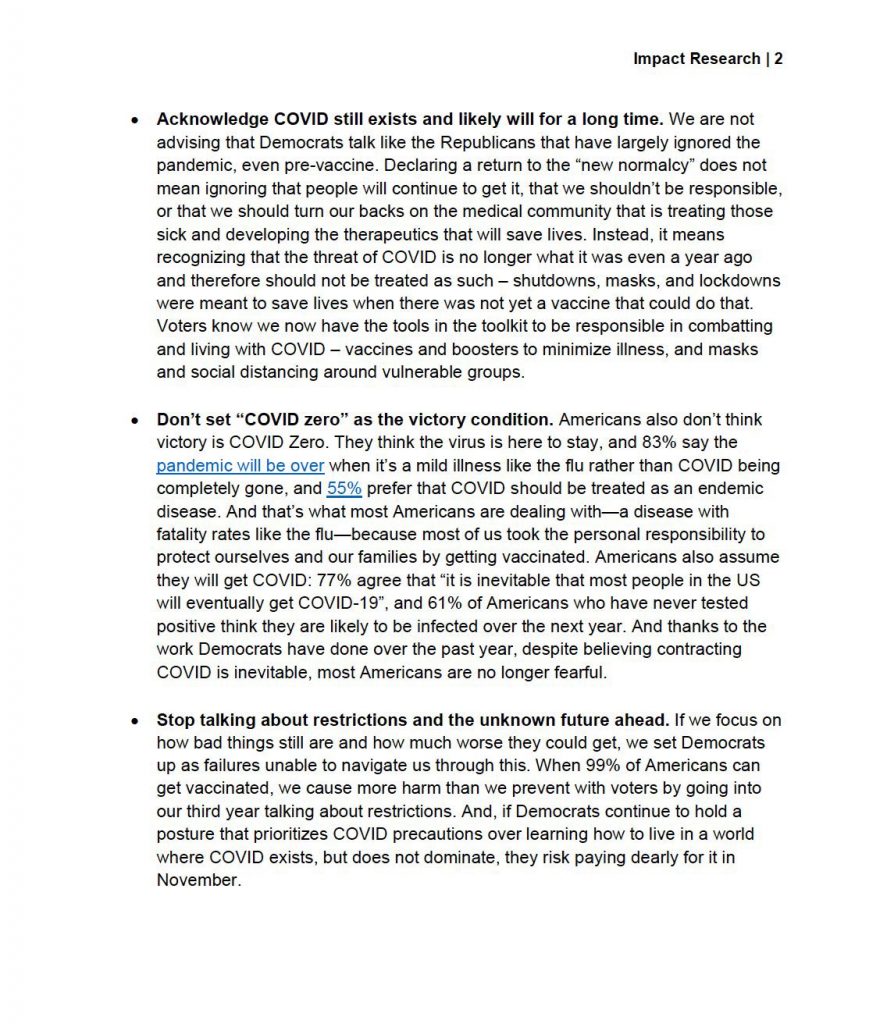 And with the memo came the simultaneous sidelining of Dr Fauci.

But given his love for television appearances, the NIAID chief has taken desperate measures to try to remain relevant. And by desperate, I mean DESPERATE. You’ll see what I mean in just a moment.

I had to dig pretty deep to find some of his recent media appearances, but I didn’t want to let you all down, so I persevered through the interwebs to find evidence of Fauci’s existence.

He recently appeared on an online streaming show called “Woke AF” (As F**K),  in which he expressed his disdain for the unvaccinated. In a clip featured by the show host on Twitter, Fauci rants that the unvaccinated have no respect for greater society. Fauci, who comes off as a broken man, channeled plenty of his regular pseudoscience, claiming that the unvaccinated “give the virus the opportunity to circulate among us.”

I also found a recent Fauci appearance on a D.C. local TV channel. In it, Fauci demands “money now” for his government department, seemingly trying to shake down lawmakers for his pet projects.

……And that’s pretty much it. Perhaps Fauci can now get back to doing whatever he does for his day job.

The NIAID’s “Dr Fauci In The News” website, which throughout COVID Mania, has tracked hundreds of its directors major media appearances, has not posted a new appearance since February 17.

It appears that Fauci’s time in the spotlight is over, and judging by his dejected state in recent media appearances, he knows it too.

Anthony Fauci’s NIH spent thousands of dollars on Frankenstein operations, grafting scalps from aborted fetuses on rats and mice and conducting cruel experiments on dogs, monkeys, and children.  He and HHS officials discussed how to enforce vaccines by exploiting viruses from China.  Motivated by power and greed, Fauci funded the lab in Wuhan China that genetically modified covid, and lied about it.

This guy had Fauci pegged 30 years ago:

Nobel Laureate in Chemistry Kary Mullis slams Fauci in the 1990s: “Guys like Fauci get up there and start talking, you know, he doesn’t know anything, really, about anything and I’d say that to his face. Nothing…. They’ve got a personal kind of agenda, they make up their own rules as they go, they change them when they want to and they smugly, like Tony Fauci, does not mind going on television in front of the people who pay his salary and lie directly into the camera.”

Future generations will look back on this shit and wonder how a corrupt, self aggrandizing schizoid like Fauci was allowed to have influence in government and make decisions about the nation’s health care system.

He should be hauled up in front of a grand jury.