The shitbag fired rounds at her home with her kids inside, and all these lowlifes can do is tell her “Well, she’s alive”. 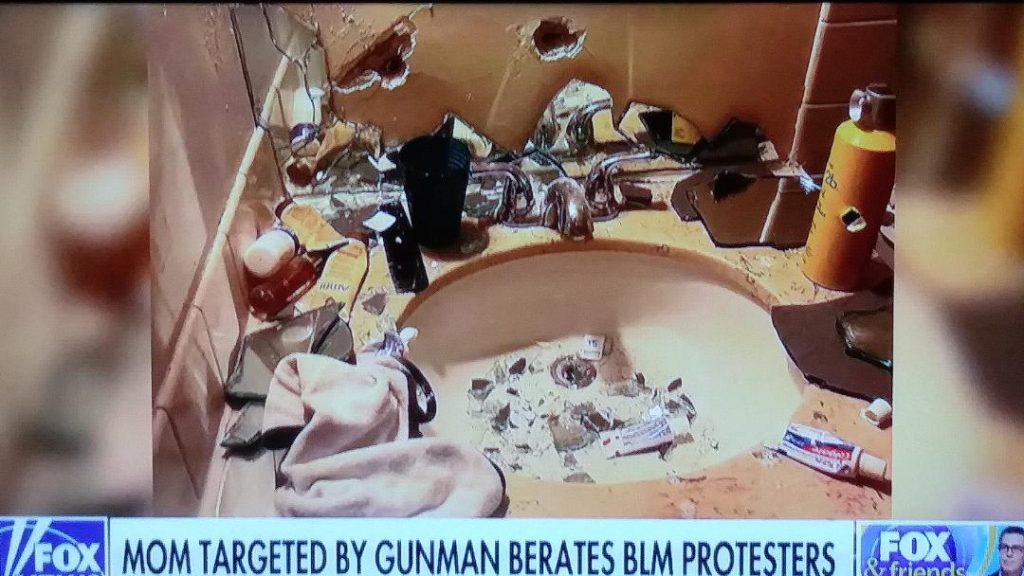 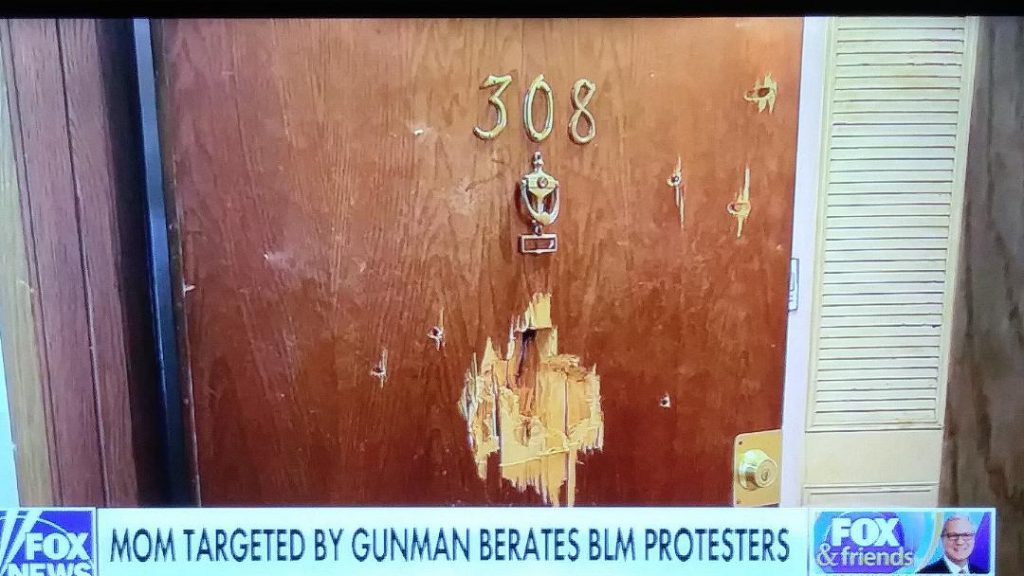 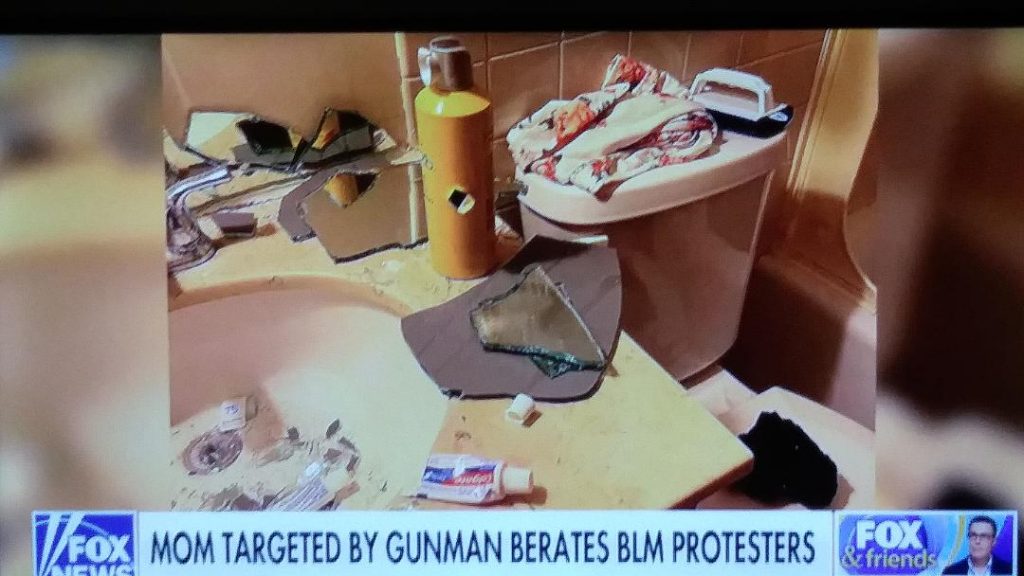 A Minneapolis mom could be seen on video confronting Black Lives Matter protesters gathered outside the home of a man who was fatally shot by police after a tense six-hour standoff.

The mother, Arabella Foss-Yarbrough, called police last Wednesday night after her neighbor Andrew “Tekle” Sundberg allegedly fired shots into her apartment as she was cooking for her two young children.

A pistol with an extended magazine and several bullet casings was recovered from his apartment.

“This is not a George Floyd situation. George Floyd was unarmed. This is not OK,” Foss-Yarbrough was seen yelling at a group of protesters on Saturday. “He tried to kill me in front of my kids.”

Photos from inside Foss-Yarbrough’s home show multiple bullet holes in her front door, walls and just above her bathroom sink.

Regardless of the circumstances of the shooting, BLM activists — including Trahern Crews, a lead organizer for BLM Minnesota — gathered outside the building on Saturday to demand justice for Sundberg.

“We’re here to respect life, demand justice, and we’re demanding the release of the bodycam footage,” Crews chanted, according to the star Tribune.

But when Foss-Yarbrough pulled her car up to the building, she unleashed on the protesters, who included Sundberg’s parents.

“My kids have to deal with this and probably have a mental illness now because they almost lost their lives,” she said. “There’s bullet holes in my kitchen because he sat in the f–king hallway watching me move. He tried to kill me in front of my kids.

“I have black children; I am a woman of color!” Foss-Yarbrough, who is of black, white and Native descent, then yelled.

“If I would have lost my life, would you guys do this for me?”

Attempted murder is okay as long you’re in line with the ideology.

While blacks slaughter each other by the bushel, the BLM mob couldn’t care less.

If black lives really matter, they need to get into their ghettos and tell them to stop gang-banging each other and stop the fucking indiscriminate drive-by shit.

The only ‘black lives that matter’ are the ones that can be exploited for political gain and used as an excuse to riot, vandalize, and  ‘burn da bitch down‘.

If Ms. Foss-Yarbrough or her children had been injured or killed, the pack of wild BLMs wouldn’t give a shit.

Sundberg got the justice he deserved.