Alton “Jah’Keem Yisrael” Nolen who beheaded a former female co-worker as proscribed in the Koran, worshiped at a mosque in Oklahoma City with ties to (surprise) Al Qaeda. 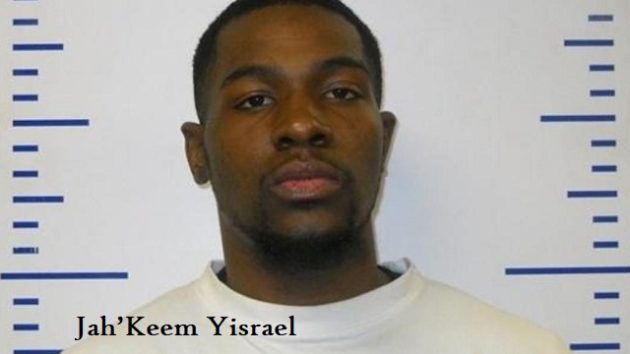 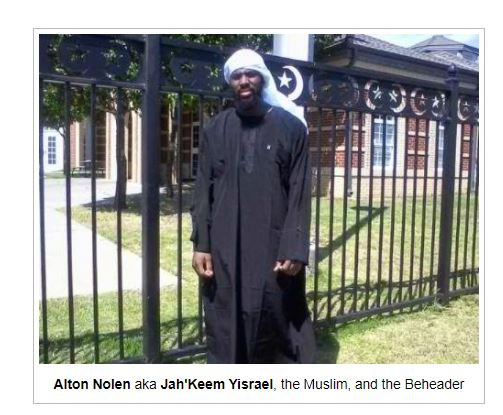 Nolen’s Facebook page—which has been removed— was chock full of pro-ISIS rhetoric and declarations of war against Western civilization.

On Thursday the Geller Report brought you the first details about this trial, and now here are more. This is all about Islam. Islam was Alton Nolen’s motive for his savagery, from beginning to end.

“Murder defendant Alton Alexander Nolen told Moore police and the FBI that he beheaded one woman at a Moore food plant because he felt oppressed by her and tried to behead another for disrespecting him.

“That’s what Allah said in the Quran,” he told the interviewers.

The jury at his murder trial Wednesday were listening to recordings of two statements the Muslim convert made in the days after the Sept. 25, 2014, attack.

His court-appointed defense attorneys are asking the jury to find him not guilty by reason of insanity. They have told jurors he is mentally ill and believed what he was doing was right because of delusional misinterpretations of Islamic teachings.

Prosecutors contend he clearly knew right from wrong and should get the death penalty.

Nolen, 33, of Moore, is accused of beheading one co-worker, Colleen Hufford, and attempting to behead another worker, Traci Johnson, after being suspended for racial remarks.

The second woman was saved when the company’s then-chief operating officer, Mark Vaughan, interrupted the attack and shot Nolen, according to testimony Monday.

Nolen was interviewed both times at the hospital where he was treated for his gunshot wounds.

In the first interview, he admitted in response to FBI questions that he watched beheadings on YouTube all the time.

The FBI interviewers were seeking to determine if anyone had taught him that beheading an oppressor is acceptable or guided him to those beliefs.

Prosecutors are alleging at trial that he beheaded Hufford because he mistook her for another woman who had bumped into him by accident days before. Nolen did not explain in the first interview exactly why he felt oppressed.

He told the police and FBI in the first interview that he felt disrespected by Johnson after she called him a brat during an argument on an assembly line.

He did not tell them, though, in the first interview what he told a plant supervisor in a handwritten statement about the argument. In that statement at the plant, he had admitted that he said toward the end “I beat on Caucasians.”

Instead, he told Moore police and the FBI “she’s the one who tried to make, like, I was trying to jump on her.”

The attack began after Nolen was suspended because Johnson had complained to a supervisor about his remarks.

“When I left H and R,” he told the interviewers, referring to the human resources office, “I said, you know, ‘Forget it,’ you know, ‘I’m a slave for Allah and this is what I’m supposed to go do.’ And that’s, that’s, what I went and did.”

LeftProgs and other sympathizers refuse to acknowledge that terrorism is part and parcel of Islam.  There’s a reason for that. Both the Left and Muslims share a lot in common. They’re ideological comrades. Both hate America and Israel. They hate freedom of speech, especially when it trounces their batshit crazy viewpoints.  They’re very selective on which religion(s) should be protected.  And both make their own contributions to the war on women.

1 thought on “Muzzie Who Beheaded Co-Worker in Oklahoma: ‘Allah said to do it’”