As of today, I became a member of the NRA.  If you value your freedoms, defend them.

I own firearms. I support the United States Constitution.  I support the right to defend myself, my family, and my home from thugs who would rather steal than earn like the rest of working Americans.

I will not forfeit my freedom or my life  for the sake of ‘gun control’.   When seconds count, the cops are only minutes away and I don’t have Michael Bloomberg’s security system of bodyguards.

When some mentally deranged nutbag  goes on a killing spree, all of the anti-Second Amendment trolls come crawling out of the woodwork.  The only ones who would benefit from oppressive anti-gun rights are criminals who don’t give a damn about the law to begin with.  Felons and unhinged crazies like Adam Lanza have at least one thing in common; they go for soft targets; vulnerable, unarmed people who cannot fight back.  Lanza tried to purchase his own gun and was actually turned down because he refused a background check. The pistols he used were legally purchased by his mother.

Anti-gun nuts target the Constitution because they have a visceral hatred of the freedoms it guarantees for people who actually believe in the document. I call them nuts because they are. They care less about government overreach than they do about real public safety. They’re candy-assed effete who want to eviscerate gun rights in their quest to make everyone knuckle under The State.

If you think that’s far-fetched, B. Hussein has been negotiating for an all-out assault on individual gun rights, ‘under the radar’.

His politicizing of the Newtown shootings, fits right in with the Cloward-Piven strategy of forcing political change through an orchestrated crisis. Or as Rahm (Dead Fish) Emanuel pontificated: “”You never want a serious crisis to go to waste. And what I mean by that is an opportunity to do things you think you could not do before.”  Like infringing on the Bill of Rights.

In 1981, author Chip Elliott wrote a pointed response to the anti-gun demagogues.  He came full circle from being a member of the anti-gun camp, to a gun rights advocate after he got cold-cocked by reality.  Read the whole thing. It’s a classic essay.

New York City and Obama’s Chicago home have some of the nation’s highest gun-related crime rates, in spite of passing some of the strictest gun laws in the country.

When Obama and Biden talk about ‘executive orders’ to enact ‘gun control’ and circumvent the Constitution and the public will, remember that the Dictator-in-Chief has already signed 160 executive fiats in his first term alone. One of them will grant him total control of America’s communication network ‘in the event of a crisis’.

Take a good look some of those executive orders he’s signed into law. If that doesn’t get your blood boiling, you’re brain dead.

Who, among the Republican representatives in Congress, has the guts to oppose this out-of-control megalomaniac? Most oppose the egregious attack on the Second Amendment, as do the overwhelming majority of Americans.

Americans who value their freedoms had better be willing to stand up and tell Obama’s autocracy to go to hell.

And indeed, some already have.

Any wet dreams Obama may have had to intimidate gun owners has backfired. The NRA’s membership has skyrocketed; over 250,000 people signed up in just one month.

Bottom line: Armed criminals deliberately choose soft, unarmed targets. They couldn’t give one shit less about the idea of restrictive gun laws.  Every law-abiding American citizen has the right to defend themselves.

I won’t put up with a tyrant who wields his office like a billy club against the liberties paid for by the sacrifice of people far better than him.

Pay attention Obama and Biden.  This is my response to government goons who would like to tread on my Constitutional right to bear arms: 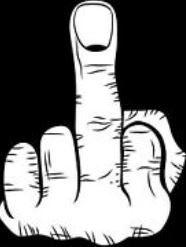 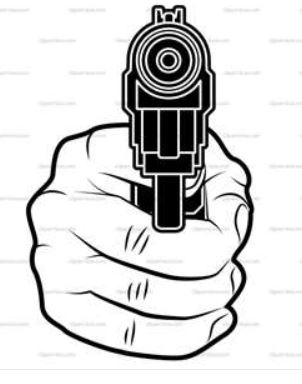