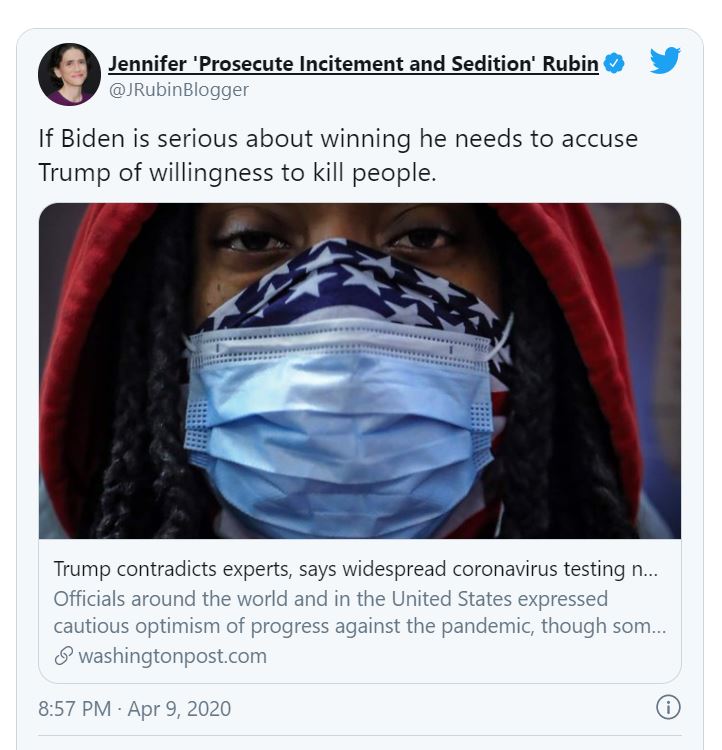 Rubin stopped being conservative a while ago when she acquired TDS. The response to her shitbaggery was swift: 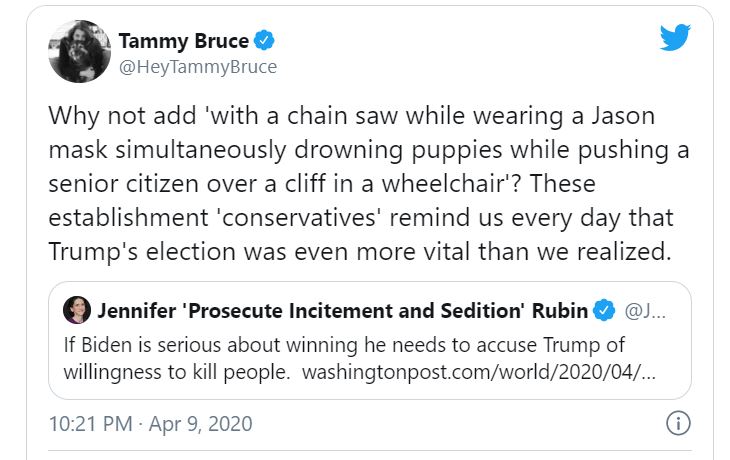 Aside from being corrupt and part of a family crime syndicate, Biden is a sexual predator and is clearly showing signs of dementia.

Rubin joins the ranks of the faux conservatives and their frothing anti-Trump diatribes against constituents.

George Will has turned into a bitter, constipated old crank.

Never Trumper Kevin Williamson, a former National Review contributor who wrote a rancid hate piece on the white working-class poor, quit his job at the NR and offered his services to the leftwing rag  Atlantic.  He was unceremoniously dumped after just one article.

The mob claims Trump hasn’t done enough and blames the very existence of a COVID virus on him.  First they got pissed when he suggested the borders be shut down and travel restrictions be placed on anyone coming into the county from China. Then they clamored for those measures to be enforced, and when he did, they got their panties in a wad.

Now that the entire country is shut down and the economy is faltering because of it, they blame him for that as well. The fact that it started in Wuhan, China is labeled “racist” and “xenophobic”.

Rubin’s head will really explode when Trump is re-elected in November.