All the effort we put into Afghanistan was flushed down the toilet the day the military was instructed to quit the focus on counterterrorism and start nation-building.

Since the announcement of a withdrawal, the Taliban has gained control of most of the country, and you can bet your ass that Kabul is next.

I remember Sergeant Tillman when he was killed, and he had kept a careful record of everything that was going on, and he was disgusted. He knew that the war wasn’t what it was cracked up to be. Frankly, this is another lesson that we don’t go in for anything other than the narrow purpose of eliminating a specific enemy. We stay out of the nation-building and the occupation business. Occupations turn Soldiers into jailers.

I am definitely in agreement with the Colonel.

This could have been finished years ago if we had actually fought a war instead of piecemeal battles in Iraq and Afghanistan. This war—any war— can be brought to a relatively quick finish by dedicating every military resource—tactical, strategic, and intelligence—to kill the enemy. They attack us, we annihilate them. Every single one of them. It isn’t hard. Pick your targets and commence fire.  I’d have started with all the capitals: Baghdad, Damascus, Kabul, Riyadh, Tehran, Islamabad, Amman, all of them.

All kinds of stupid shit ramped up during Obama’s regime, That asshole inflicted one of the worst ROEs since Vietnam. Barky ran the war with  pussified doctrine and portrayed the enemy as less of an enemy. The Taliban even got a nice office in Doha. He also traded five of the worst muzzie cutthroats at GITMO for a deserter.

And what the fuck happened to all that training to prepare the Afghan army for their turn to keep stability?  That didn’t work out so well. If anyone expected the Afghans to be a carbon copy of American troops, you’ll be disappointed. There were serious problems with the Afghan forces dating back several years. The Afghans, like the ARVN, don’t have the motivation, discipline, or organizational skills to maintain a standing military in defense of their country. 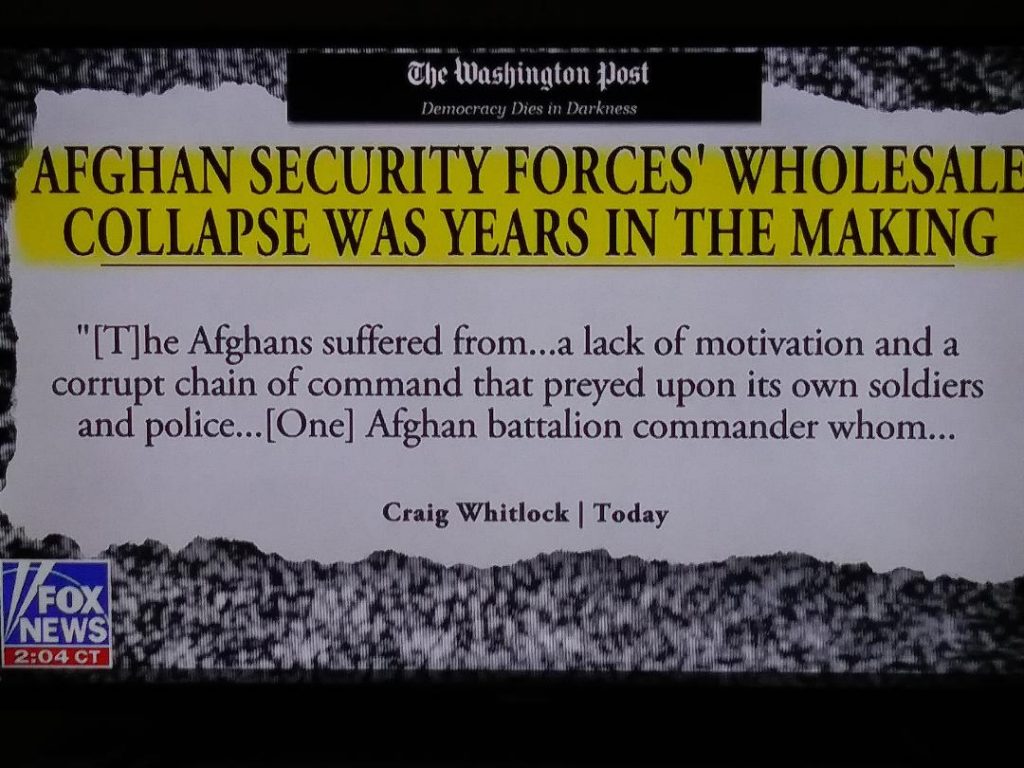 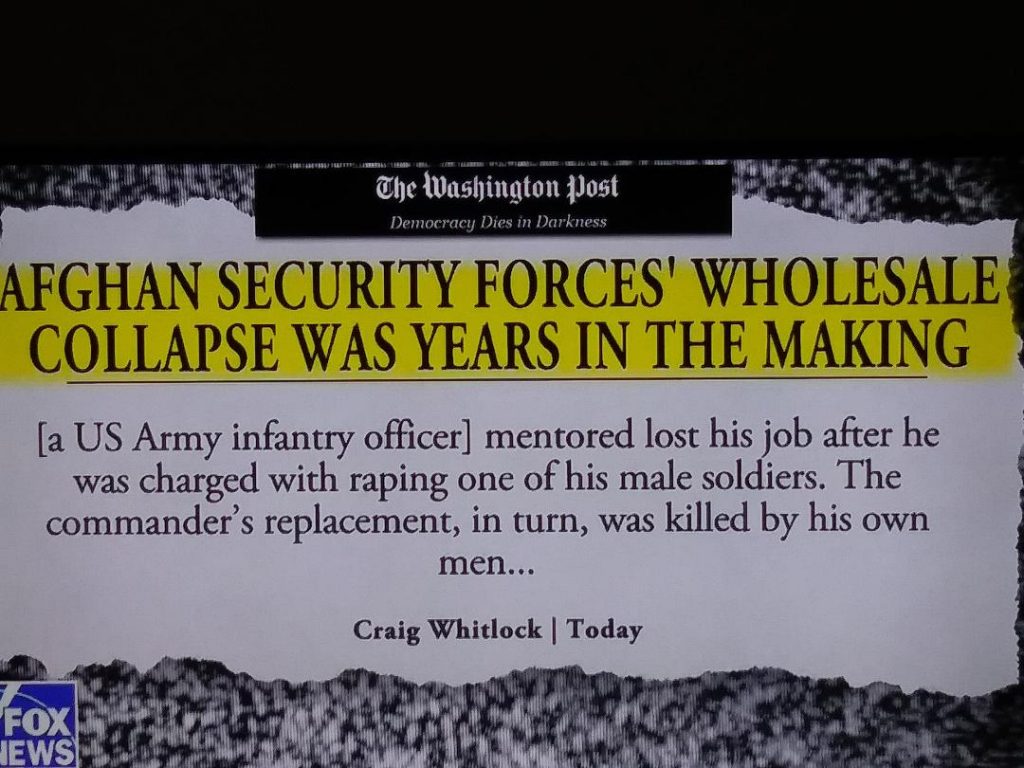 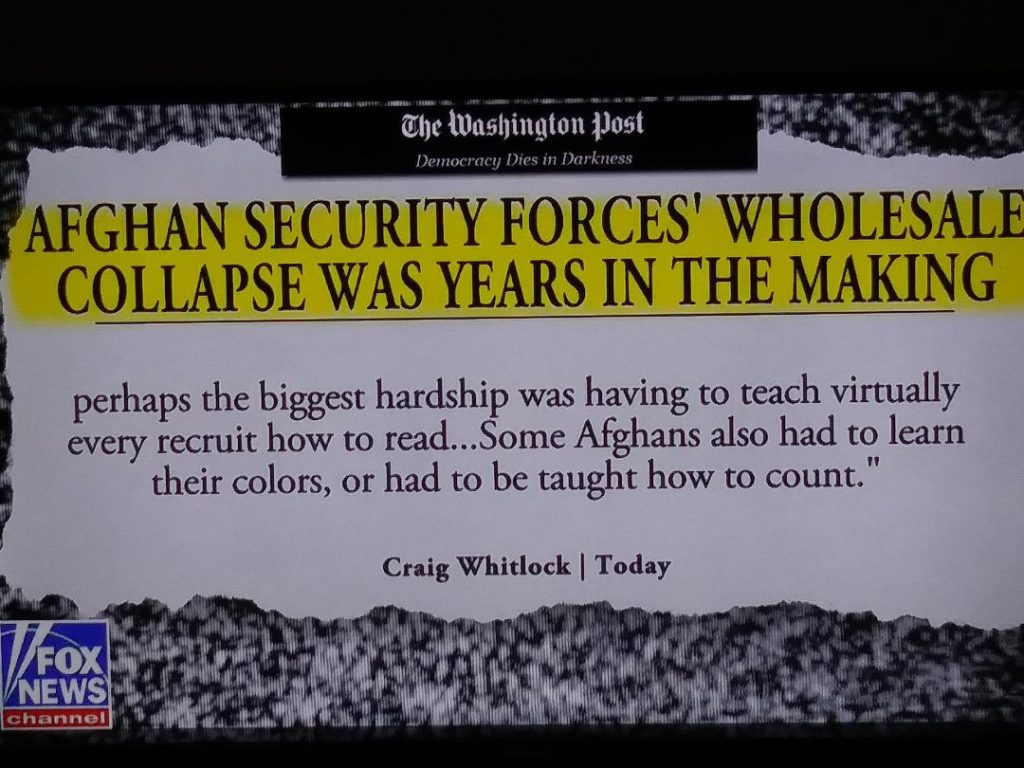 They are rife with tribal politics and allegiances and they’re not interested in cooperating with others. The dominant gang with the most weapons wins. 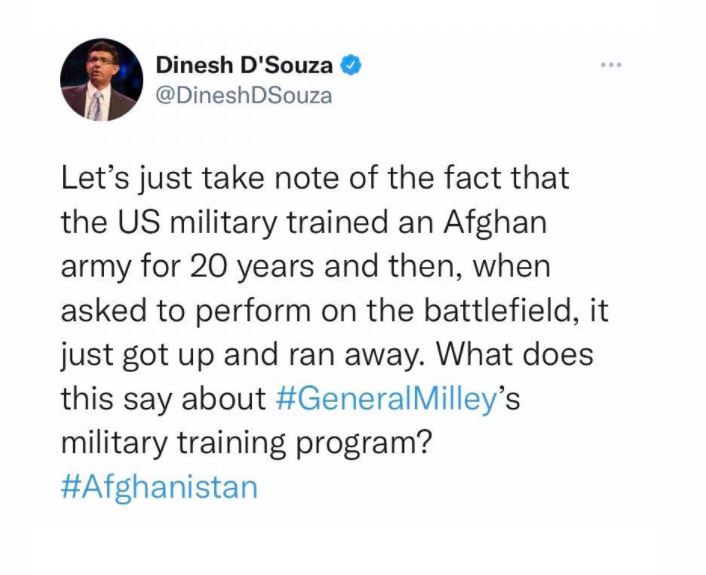 The forecast for Afghanistan is not good.  Women, girls, and anyone who doesn’t prostrate to hardline Islam are in for a nightmare.  The Taliban filth that took over Afghanistan after the Soviet withdrawal inflicted a five-year reign of brutality. Beheadings and floggings became commonplace for minor transgressions against Islam. Music, television, and the Internet were banned. Men were forced to wear beards, women were forced to wear head-to-toe Burqas, and they were beaten if they did not comply. Girls were forbidden to attend school. Women were prohibited from working outside the home or being in public without a male relative.  Those who did were beaten or shot, by officers of the “ministry for the protection of virtue and prevention of vice.”

Expect a repeat of epic proportions. As of now, there are reports that the Taliban thugs have already seized a massive stash of US-made armaments and drones as they head for Afghanistan’s capital, Kabul. They’ve also started going door-to-door to round up young girls to be “sex slaves” for the terror group. The country is fucked.

Biden, the latest Demtard to occupy the White House, is begging the Taliban to spare the U.S. embassy in Kabul.  Begging. Jesus fuckin’ Christ. Yeah, I’m sure they’ll take that into consideration when they attack.

There are essential tactics that should be followed when deciding whether or not to go to war:  The purpose should always be in America’s best interest.  Get in, level the enemy and their allies to the point where they would think twice before threatening us. And stop the nation- building and occupation shit. It results in mission creep that lasts for years.

Expect Afghanistan to reestablish itself as a terrorist operating base and training facility.

Those who deployed and those who sacrificed their lives in both Iraq and Afghanistan served with honor and did the mission their country sent them to do. The politicians in Congress and the Pentagon failed.

“Joe Biden gets it wrong every time on foreign policy, and many other issues,” Trump said in a statement issued by his office. “Everyone knew he couldn’t handle the pressure. Even Obama’s Secretary of Defense, Robert Gates, said as much.”

Trump said his administration left behind a plan to keep pressure on the Taliban while U.S. troops withdrew, and that it was disregarded. He suggested the sudden surge by the Taliban across Afghanistan was due to that failure.

Biden “ran out of Afghanistan instead of following the plan our Administration left for him— a plan that protected our people and our property, and ensured the Taliban would never dream of taking our Embassy or providing a base for new attacks against America,” he said.

Former Pentagon chief of staff Kash Patel told Just the News on Friday that Trump’s plan included continuing U.S. air power to keep the Taliban in check and try to force them into negotiations.

“What a disgrace it will be when the Taliban raises their flag over America’s Embassy in Kabul. This is complete failure through weakness, incompetence, and total strategic incoherence,” Trump said.