Nina Jankowicz, the unhinged moonbat chosen to head the Ministry of Truth, has resigned.

Republicans introduced a bill to abolish Biden’s censorship machine. House Dems rejected the bill.  But after just three weeks, it’s been stopped, thanks in large part to Jack Posobiec, who exposed Jankowicz’ background.  The leftie hacks at the WaPo were not pleased. 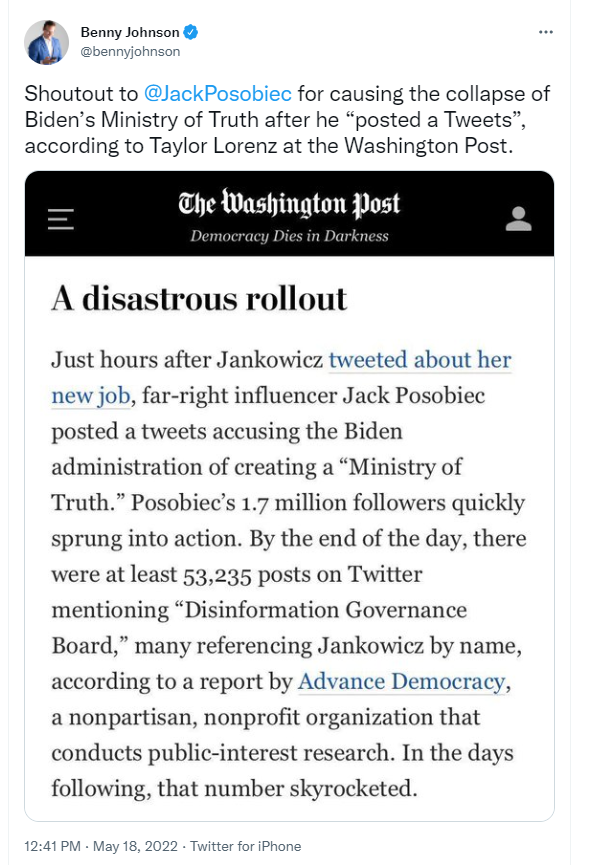 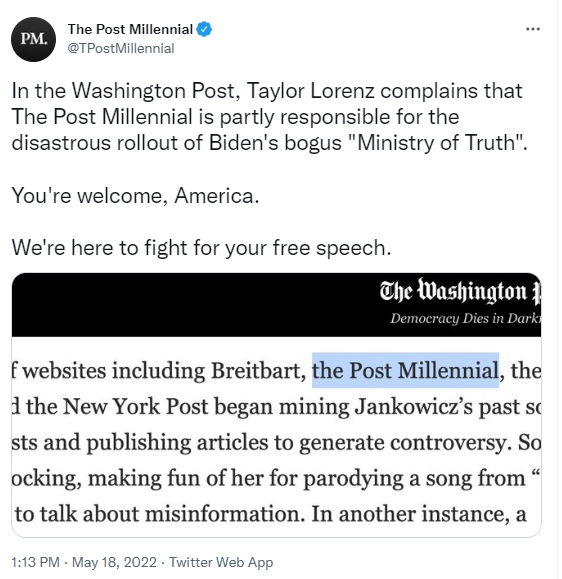 Taylor Lorenz is the WaPo leftie crybully who pushed the doxxing of Libs of TikTok creator Chaya Raichik, stalked Raichik at her family home, and then had the gall to cry over getting a taste of her own rancid medicine.

Sources told The Associated Press on Wednesday that the disinformation board was being put on hold and director Nina Jankowicz will resign.

“The suspension of the DHS Disinformation Governance Board is by far the best decision that’s been made when it comes to this Orwellian entity. From its initially botched rollout, the ‘Ministry of Truth’ lacked a defined mission or even direction. It was clear it was a political tool to be wielded by the party in control,” Rep. John Katko, R-N.Y., ranking member of the House Committee on Homeland Security, and Rep. Mike Turner, R-Ohio, the ranking member of the House Permanent Select Committee on Intelligence, told Fox News Digital in a joint statement.

Katko and Turner continued: “This board was only successful in reinforcing that the Department of Homeland Security’s priorities are severely misplaced. When the border crisis is worsening daily, cyber-attacks from adversaries are threatening to cripple our critical infrastructure, the rise in violent crime is putting Americans across the country in danger, and disrupted supply chains are having devastating impacts on Americans, DHS is focused on policing Americans’ free speech.”

Biden’s jackbooted attempt to suppress free speech should be obliterated, not suspended.