Congratulations, Democraps. This is the hate you fostered. 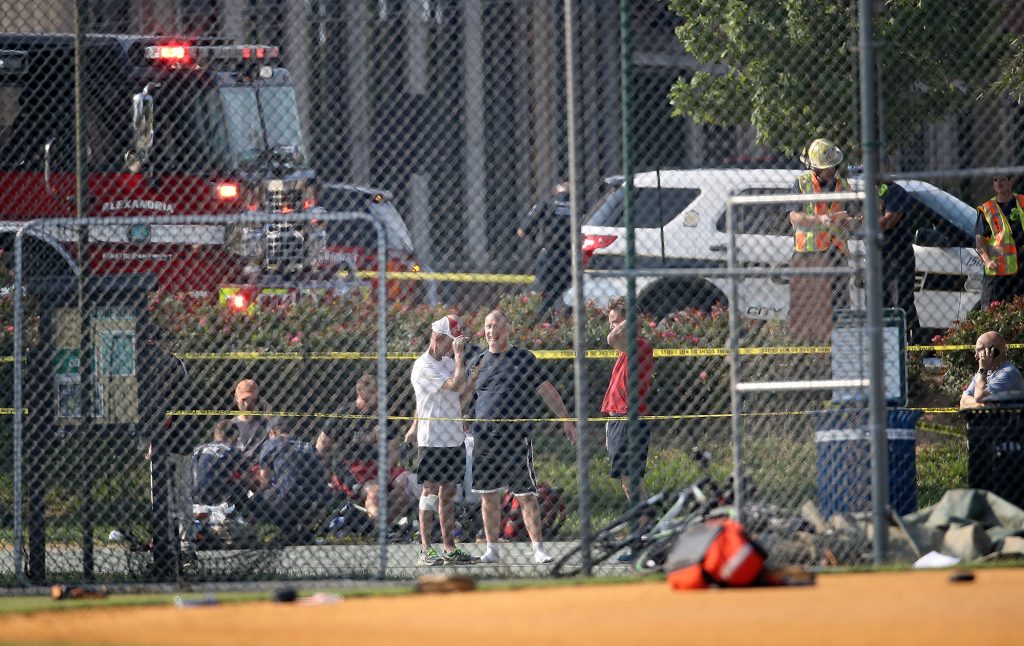 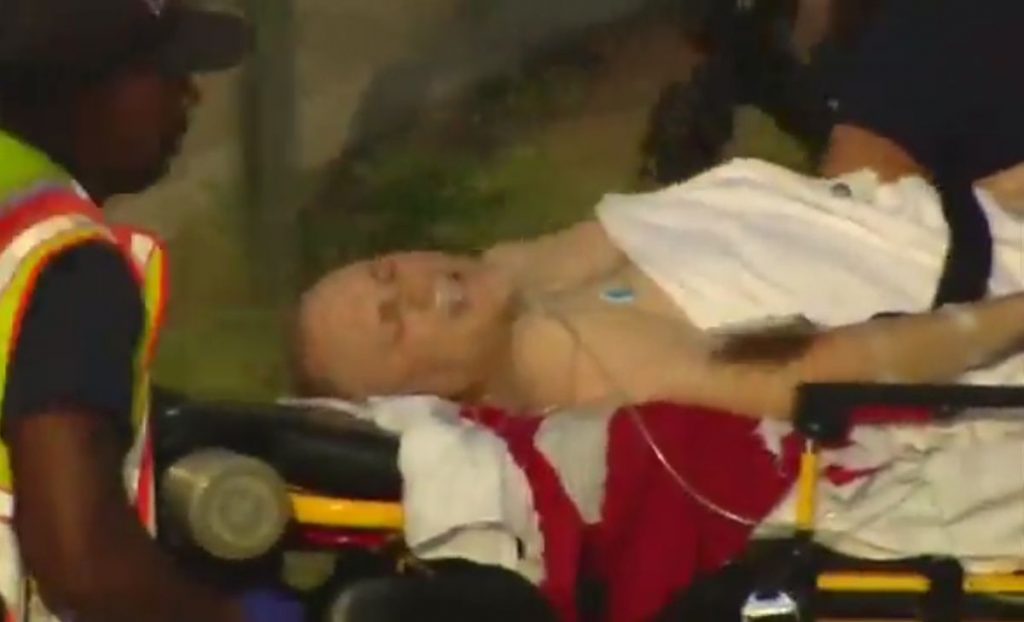 A gunman believed to be a supporter of former Democratic presidential candidate Bernie Sanders sprayed a hail of bullets at a GOP baseball practice Wednesday morning, injuring House Majority Whip Steve Scalise and four others before U.S. Capitol Police took down the rifle-wielding assailant.

The shooter, who had a violent history including arrests for battery, resisting arrest and drunken driving, was identified as 66-year-old James T. Hodgkinson, of Illinois, Fox News confirmed. President Trump said Hodgkinson died from injuries sustained when he was shot by police.

……Zack Barth, a congressional aide to Rep. Roger Williams, R-Texas, and Tyson Foods director of government relations Matt Mika were also injured in the incident. Special Agents David Bailey and Krystal Griner were both wounded in the incident. Griner was shot in the foot or leg and Bailey, who was not shot, sustained another, unspecified injury.

……Hodgkinson was shot by Capitol Police and Alexandria Police, apprehended and taken to the hospital, officials said. The incident occurred at Simpson Field in Alexandria, about 10 miles from Washington D.C. The FBI was taking over the investigation because a federal official — Scalise — was assaulted in the attack.

The shooter in this morning’s attack at the Republican Congressional Baseball Game practice has been identified by the Washington Post as James T. Hodgekinson, 66, of Belleville, Illinois. Hodgkinson owns a home inspection business. Five people, including Majority Whip Steve Scalise (R-LA), were injured in Wednesday morning’s shooting in Alexandria, Virginia.

The shooter asked Rep. Ron DeSantis (R-FL) whether the practice was for the Republicans or the Democrats prior to opening fire.

A Facebook page for a “James T. Hodgkinson” of Belleville, features an image of Sen. Bernie Sanders (I-VT) as the cover photo, and an image praising “democratic socialism” as his main profile image.

One good thing; Hodgkinson was shot to pieces and killed by Alexandria police.

This is a picture of the twatwaffle who committed the terrorist act: 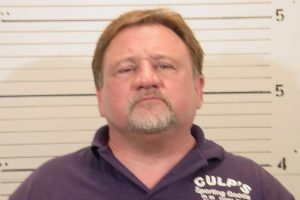 Oh, and the shitbag was a domestic abuser, as well:

According to a police report, Hodgkinson went to the neighbor’s home looking for his daughter and found her upstairs.

He dragged her out by the hair but she ran into her neighbor’s car. The female neighbor sat in the vehicle in the front seat.

Hodgkinson got access to them, slashing the seatbelt his daughter was wearing as he and his wife pulled her out. He then hit the neighbor in the face, The Washington Post reported, but was never convicted.

Obama is a real traitor.  But with lefties, treason is always subjective.

He wanted to  ‘terminate the Republican party’:

The shooter who was killed during gunfire at practice for a congressional baseball game Wednesday morning was from Belleville.

The shooter was James T. Hodgkinson of Belleville, who belonged to a number of anti-Republican groups, including one called “Terminate the Republican Party.”

Hodgkinson, 66, owned a home-inspection business. Hodgkinson was a licensed home inspector from 1994 to 1997, when his license expired, according to records from the Illinois Department of Financial and Professional Regulation. He also held a license from 2003 to 2016, but it was not renewed.

“I Want to Say Mr. President, for being an ass hole you are Truly the Biggest Ass Hole We Have Ever Had in the Oval Office,” he wrote on Facebook.

Hodgkinson is a member of a number of anti-Republican groups on Facebook, including one called “Terminate the Republican Party.”

▪  “The Road to Hell is Paved with Republicans”

▪  “Donald Trump is not my President”

Hodgekinson was interviewed at an “Occupy” Wall Street protest in 2011, where he claimed that the 99% were being oppressed by the 1% and he was “speaking for the whole country”.

BTW: Hodgkinson was also a follower of the Southern Poverty Law Center.

The political well was poisoned by the Left a long time ago.  Especially after Obama was elected. The Left spewed vile, obscene, epithet-laden tirades at anyone who opposed his law-breaking and Constitutional violations.

After Trump was elected the leftwing fascists doubled down.

And just in case you think the Left is all talk and no action:
https://sfcmac.com/gop-aides-attackedmore-violence-from-leftwing-douchebaggers/

The Dems embrace ‘occupy’ thugs, ‘black lives matter‘ criminals, and ‘Antifa‘ malfeasants.  The Dems own this violence. They foster it, praise it, and support it.

This guy is the exact personification when I sit here and talk about the lunatic fringe base, the deranged base of the Democrat Party, this is the guy. This is the face. This is the picture. This is what you get when you stoke and fuel hatred, raw hatred and resentment, at some point it’s gonna blow over, because it cannot be contained, this kind of rage and repeated disappointment.